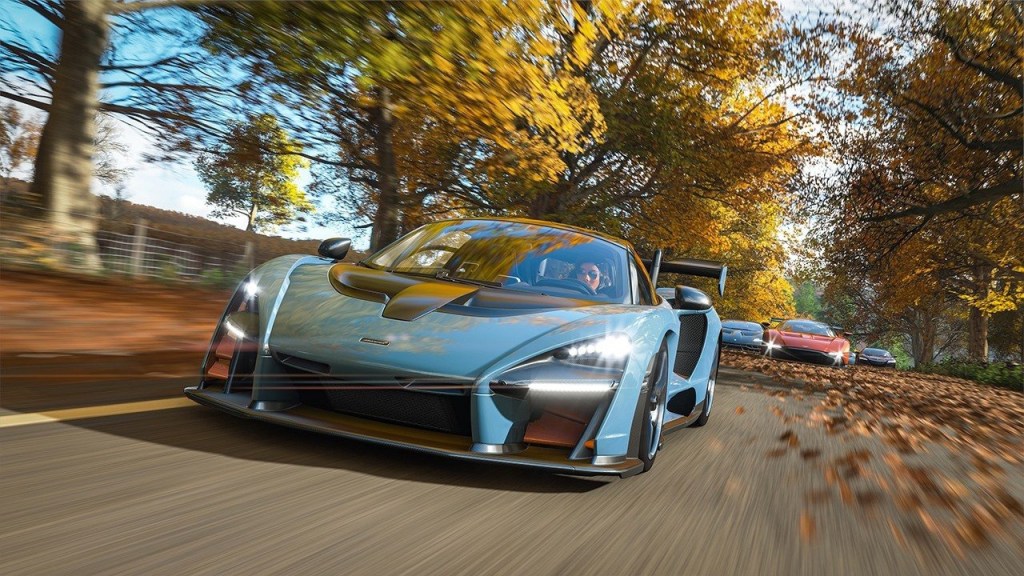 The Tuesday Inbox worries that some celebrated game creators may be thinking of retiring, as one reader laments the dearth of arcade racers.

Turning point
I’m going to be really interested to see what this Xbox Direct style show is going to be, if it happens this month. It’s worth noting that Microsoft is traditionally very bad at these things, so just seeing if they’ve changed the format to be more like Nintendo and PlayStation will be interesting.

They’ll obviously talk about Bethesda, although whether they’ll have anything to show is a big question as Bethesda don’t seem to have anything that we don’t already know about that’s anywhere near to being finished. Maybe we’ll get a glimpse at Starfield, but I think even that’s a long shot.

Apparently Microsoft do have new games to announce for this year but you’d kind of hope they do considering they’ve so far got… nothing. I really hope it’s not Forza Horizon 5 though. They’ve already announced a new Forza Motorsport, so do we really need another on top of it?

I know they’re good, and the Forza series is Microsoft’s most consistent franchise (much more than Halo or Gears Of War) but I just don’t care. It’s time for something new and Microsoft need to deliver. I haven’t bought a next gen console yet, or decided which one to get, but this could be the moment where I pick sides.
Garp

First generation
Sad to think that someone like Nobuo Uematsu is getting too old to work any more but I guess a lot of guys from the old days are probably getting to retirement age now. I’m kind of surprised Hironobu Sakaguchi is still going considering how his last few games have gone down but I’m sure a lot of people around his age (about 60?) are starting to think they’ve probably had enough of it.

Then again, Ridley Scott is over 80 and he’s still knocking out movies and TV shows like it’s nothing. I hope that means we’ve got a couple of decades left in some of the old masters, but it’s been obvious for years that people like Shigeru Miyamoto are more involved in the business side of things now and training up the next generation, which makes plenty of sense.

What careers these people have had though. They’ve seen an industry start from nothing, helped it grow, and now it’s one of the biggest things in the world. I salute them all and hope to be playing new games from them for many years to come.
Korey

Out of petrol
Looking at the upcoming release schedule for 2021 it looks quite bleak. I guess that this is to be expected given the ongoing pandemic but the one thing that I really lament is the death of the arcade racer, which has been going on for some time now.

Beyond Forza Horizon and Need For Speed there aren’t really many franchises around anymore. I remember the days of Burnout, Grid, Project Gotham Racing, MotorStorm, etc. and I really miss them (especially Project Gotham).

Hoping for a sprinkling of Inbox magic, in the hope that we see something of a resurgence of the genre. I know that we had a Grid game back in 2019 and we’ve had Wreckfest and Dirt 4 and 5 but they have all been so few and far between.
Rickandrolla (PSN ID)

Intense reaction
Before I started Dark Souls for the first time, via the remaster, I was wondering why I had left it so long since playing my first Soulsborne game, the superb Bloodborne. Now I remember. They’re so intense! The level of concentration needed at all times is unbelievable, you can never really relax. There’s no way I could cope with playing games that demanding all the time, I’d go nuts! A couple of sharp difficulty spikes didn’t help. Ornstein and Smough very much deserve their reputation, in fact any bosses with multiple opponents were a nightmare.

Don’t get me wrong, I absolutely loved the game. The world is utterly engrossing and connects together fantastically. The shield was a revelation and made for a qualitatively different experience from Bloodborne. I think I may actually have preferred the combat in Dark Souls, although Bloodborne is probably the better game overall – being slightly slicker and more refined. Really looking forward to playing Dark Souls 3 now, but perhaps after a substantial break!

Suffice to say I am very intrigued by Elden Ring as well, but I wonder what scale the game will be. If it is the size of Hyrule in Zelda: Breath Of The Wild I’m not sure whether I could actually cope or not. Over 120 hours of extreme twitch gameplay might be a bit much. I’d also be concerned whether the intricacy of previous titles might be lost in a very expansive game world.

Both Dark Souls and Bloodborne had relatively small but extremely detailed, layered worlds. I wonder if that can be maintained across a massive environment, especially as I believe FromSoftware are a much smaller team than Nintendo.
Ryan O’D

The price of risks
I’m glad to see that Square Enix are trying to take Tomb Raider’s anniversary seriously, despite the difficulties the pandemic has brought on. I’m sure the original intention was to unveil the new game this year but I’m fine to know it exists, even if they can’t show it right now.

I felt the franchise was in real danger there of just fading from sight and I’m still worried the next one might be considerably lower budget than before. But that’s probably not a bad thing as that would mean it could afford to be less action-packed and more like the classic games.

I’d very happily put up with worse graphics for improved gameplay and less attempts to turn Tomb Raider into a Michael Bay style action game. Everyone wants those amazing graphics but the more money you spend the less interesting you can make a game, because who wants to risk all that money on something people might not like?
Integra

No sure thing
I just do not understand what is going on with the Avengers game. Is this some massive tax right-off scam or something? Or some weird corporate bet to see how unsuccessful they can make a Marvel game? Everything about the decisions made are just mind-boggling, from the robot-only enemies, the lack of villains, the weird online game as a service stuff, and now… purposefully making everything more long-winded and grindy?!

That’s what people were looking forward to was it? It taking much longer to unlock the best powers, forcing you to replay the same missions again and again with the boring ones? It’s just strange, strange stuff.

I imagine at this point the anger against it is enough that they’ll reverse the decision but why was it made in the first place? Sony must really be regretting spending all that money to make Spider-Man a PlayStation exclusive. But I can’t blame them for thinking this should have been the surest bet ever.
PhantomZ

Greatly exaggerated
I get the feeling lately that Japanese role-playing games are being written off as dying. The PlayStation Store would seem to show this idea up as fallacy.

There’s lots and lots on there, Final Fantasy 16 is on the way, Final Fantasy 7 Remake was excellent and also subverted the story of the original; I’m looking forward. Saying that, can I please have a Skies Of Arcadia remaster? Delta shield go!
zombiekicker (gamertag/PSN ID)

Games Inbox: What new games will Xbox announce this year?

London-centric
RE: The GeForce Now query. I can’t speak for the Nvidia Shield system that they offer, but I did use GeForce Now on my PC recently and subsequently ditched it after toiling with their customer service and woeful streaming quality.

The minimum internet requirement was 15 Mbps (720p/60fps) and 25 Mbps (1080p/60fps). I have a stable 80 Mbps and use an Ethernet wired connection. I couldn’t ever get it streaming above 18/19 Mbps and the ping/packet loss seemed quite poor. The result was that games were a blurry mess.

I was at a loss as to the problem, given that my internet exceeds the requirements by some distance. The only thing I can suggest to be at fault was the distance to the nearest server, namely London. I live near Glasgow.

You can check yourself though, without incurring cost, as GeForce offer a paid and free service. The paid (Founder membership) simply gives you zero wait times when you play a game. The free service sometimes will cause you to queue for the server. There may be other differences/benefits between the two that I’m not mentioning. I was a paid founder membership. In the end, after toiling with their customer service they refunded me my money.

As far as I understand it, you could simply try the free service and test what the streaming is like for you. I believe that quality shouldn’t differentiate between paid/free, just the potential queuing.

The thing is GeForce Now often gets good reviews for its service, so perhaps distance to their nearest sever should be a consideration for you. When you load up the app on PC you get a tool to check/change servers, etc.

Inbox also-rans
To the guy who bought an Xbox Series S and wants good narrative experiences on Game Pass: Hellblade: Senua’s Sacrifice, Plague Tale: Innocence, Titanfall 2, and What Remains Of Edith Finch. These in particular have good to great stories.
Jez

Well, it’s back to the office for me, and back to reading through the Games Inbox during lunch hour.
Eddie

This week’s Hot Topic
The subject for this weekend’s Inbox was inspired by reader Ishi, and asks what game have you tried the hardest to like but always failed to enjoy?

It doesn’t have to be a famous or notable game but is there anything you were really looking forward to, or had heard good things about, that you found you just couldn’t get into it? Was it because the game was different to what you expected or a problem with the difficultly, story, or other individual elements?

Did you ever come back to it a second time, or more? What’s the most times you’ve tried to play a game and still never got on with it?


MORE : Games Inbox: JRPGs in the next generation, best Xbox One exclusives, and Uncharted: The Movie