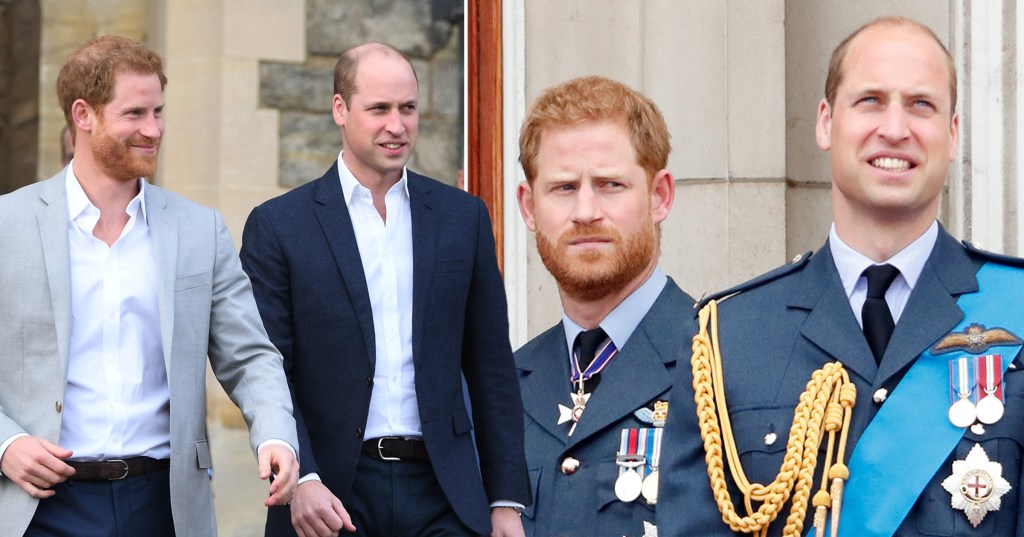 Prince Harry has confirmed the huge rift that has opened up between him and his brother William, telling Oprah Winfrey their relationship is now just ‘space.’ Speaking to Oprah alongside his wife on Sunday night, Harry said: ”The relationship is “space” at the moment. Time heals all things, hopefully.’

Wills and Harry are said to have fallen out after Harry married Meghan, now the Duchess of Sussex. In October 2019, he first confirmed those rumors, telling an interviewer that he and William were ‘on different paths at the moment,’ before adding that he ‘loves his brother dearly.’

Sunday’s tell-all with Oprah is unlikely to mend the rift between the siblings, with Harry confirming Meghan’s claim that one member of the royal household feared their first son Archie’s skin would be too dark.

Harry refused to tell Oprah who had made the remark, saying he wasn’t ‘comfortable’ doing so. He also told of how his dad Prince Charles had cut him off financially at the start of 2020, and claimed that led him and Meghan to seek out huge deals with podcasting service Spotify, and TV streamer Netflix.

The Duke of Sussex went on to say that Meghan had helped free him from the ‘trap’ of royal life, and that he has ‘compassion’ for his dad and brother, who he says remain mired in what Harry claimed was an unbearable life.

Meanwhile, Meghan had multiple explosive revelations of her own. She refuted claims that she had made Kate cry in the run up to her May 2018 wedding – and alleged that it was actually Kate who had made her weep.

The two Duchesses clashed over Meghans insistence that her flower girls – including Kate’s daughter Princess Charlotte – should not wear tights for her big day.

Meghan also shared how she considered killing herself while five months pregnant over the pressures of royal life, and negative stories about herself in the press.

She said her suicidal thoughts got so bad she had to beg Harry not to leave her alone one night in January 2019, with the couple snapped the same evening at the Royal Albert Hall.

Meghan explained: ‘I thought it would solve everything for everyone. I went to Human Resources but they said: “There is nothing we can do to help you because you are not a paid member of the institution.” Nothing was ever done.’

Meghan and Harry also had a happy revelation for Oprah, after sharing that their second child, due in summer, is a girl.

The couple said that they are ‘done’ with having children, with Harry sharing his delight at his new life with his wife, children, dogs and chickens.

Get in touch with our news team by emailing us at webnews@metro.co.uk

For more stories like this, check our news page