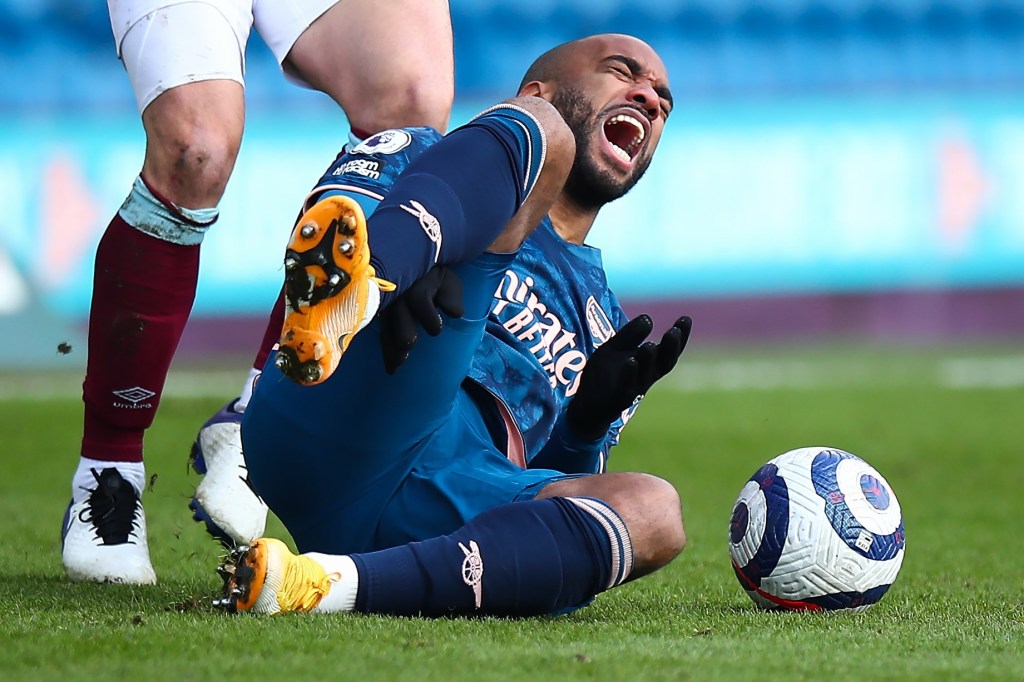 Match of the Day mocked Alexandre Lacazette for his reaction to a tackle during Arsenal’s draw with Burnley.

The French striker was left screaming and writhing in agony following a robust challenge by Erik Pieters during the 1-1 draw at Turf Moor on Saturday.

During the show’s post-match analysis of Arsenal’s game, Match of the Day presenter Gary Lineker made light of Lacazette’s reaction to Pieters’ tackle alongside pundits Ian Wright and Dion Dublin.

The segment showed multiple replays of Lacazette’s screaming alongside a ‘scream’o’meter’ to emphasise the loudness of the striker’s reaction.

But when he brought the show to a close, Lineker signed off with, ‘so that’s it from us, we’re all off to practise our screaming’ before he, Wright and Dublin all theatrically mimicked Lacazette.

Pieters, who came on as a substitute in the second half, was booked for the challenge.

‘Some real good screaming today, on the scream-o-meter probably the highest I’ve heard for a long time and there’s some pretty high ones.’

Arsenal, meanwhile, were left aggrieved after Pieters was not penalised for a handball in the closing stages of the game.

Speaking after the match, Mikel Arteta was adamant that his side should have been awarded the decision, which was looked at by VAR.

‘I think it is obvious and clear. I think there is no debate about that.

‘If that’s not a penalty, then someone will explain what a penalty is in this league.’