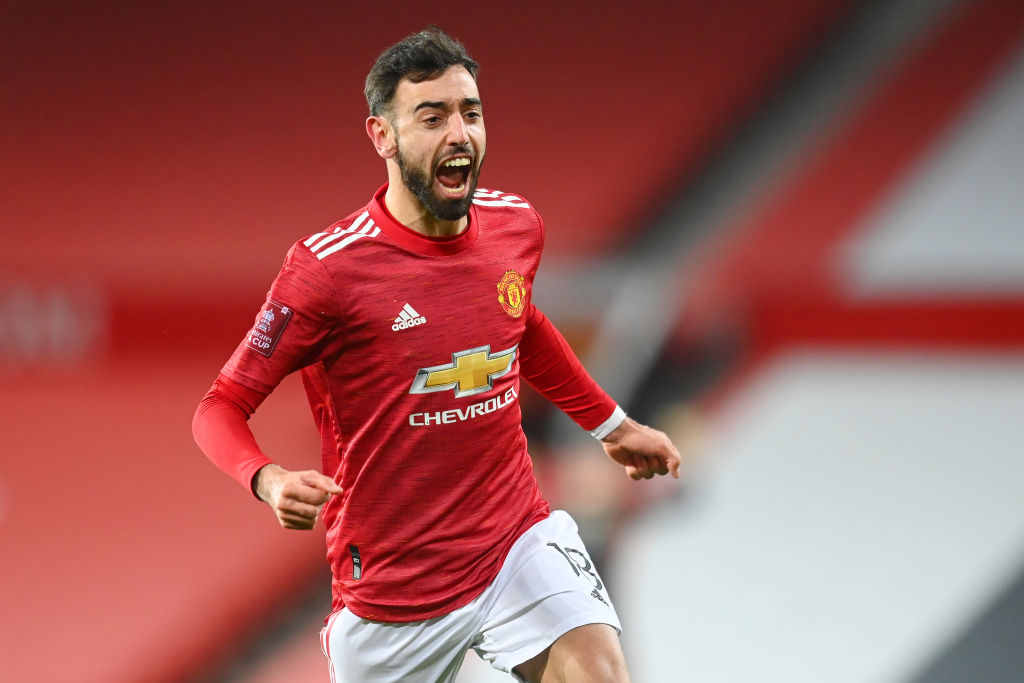 Manchester United will pay £4.2 million to Sporting if Bruno Fernandes wins the Professional Footballers’ Association Player of the Year award.

The Portugal international has been United’s key player this season and already has 15 goals and 10 assists in 26 Premier League appearances.

Fernandes is the current favourite to win the award ahead of Manchester City centre-back Ruben Dias.

And according to The Times, if Fernandes is crowned the PFA’s Player of the Year, United will be due to pay Sporting an additional £4.2m as part of their initial transfer agreement.

United spent an initial £46.6m to sign Fernandes just over a year ago, but the deal has been topped up by performance related add-ons.

The Times report that United paid Sporting £4.2m after qualifying for the Champions League, plus the same amount again after Fernandes’ 25th start for the club.

Meanwhile, Luke Shaw has revealed Fernandes’ response after he won United’s Player of the Month award for February.

Since arriving after United, Fernandes has won the award six times.

‘He [Fernandes] came up to me when I’d won it and he was like, ‘how have you won this?’’ Shaw told United’s official website.

‘I said, ‘it’s the fans that pick it, no-one at the club. You have to understand that!’ “He was like, ‘Ah, it’s okay, someone else needs to win it sometime.’

‘He’s up for the Premier League Player of the Month award, so he’s quite confident he can win that. I’m hoping he can win it, because obviously I took this one!’