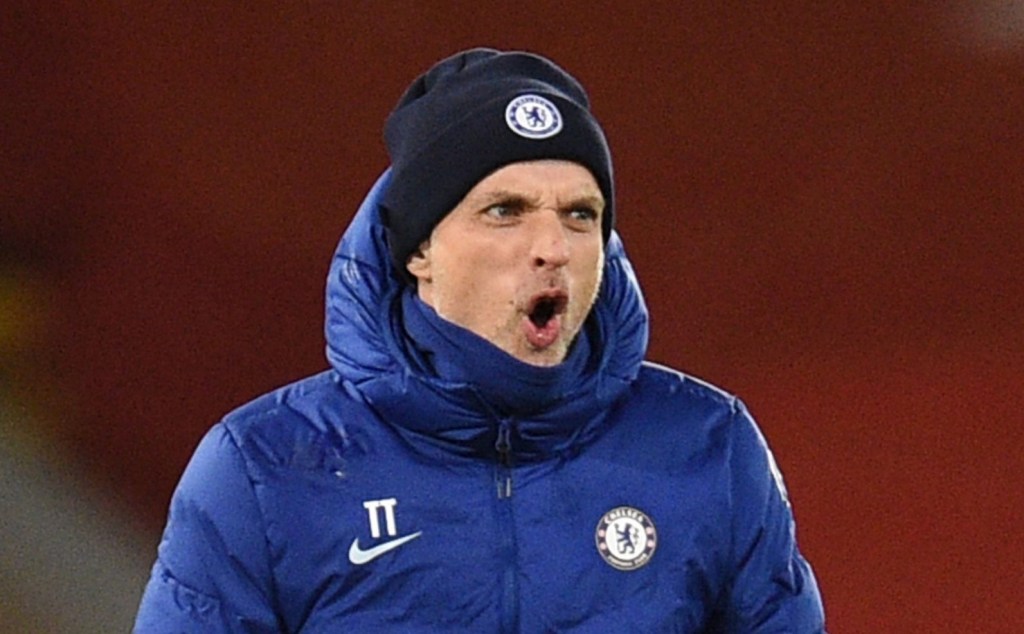 Mason Mount’s superb first-half strike was enough to see off the Premier League champions at Anfield.

But Chelsea delivered an accomplished performance against Jurgen Klopp’s side, with Kante and Chelsea’s defence limiting Liverpool’s chances in front of goal.

‘He [Kante] is a gift. It’s incredible,’ Tuchel told RMC Sport after the game.

‘I’ve never seen anything like this. At training, in games, he never stops.

‘We look at the data on his intensity and he is incredible. He really is a gift.’

Tuchel also praised the performance of Andreas Christensen, who impressed once again at the heart of Chelsea’s defence in the absence of Thiago Silva.

‘Andreas stepped in during the middle of the first half versus Tottenham which was a tough thing to do, and from the first minute he is absolutely impressive,’ said Tuchel.

‘He is brave, strong in individual challenges and very brave and intelligent in our build-up.

‘He plays with a lot of confidence and I am absolutely happy with his performance.

‘How he has stepped up is a big part of our performances.’