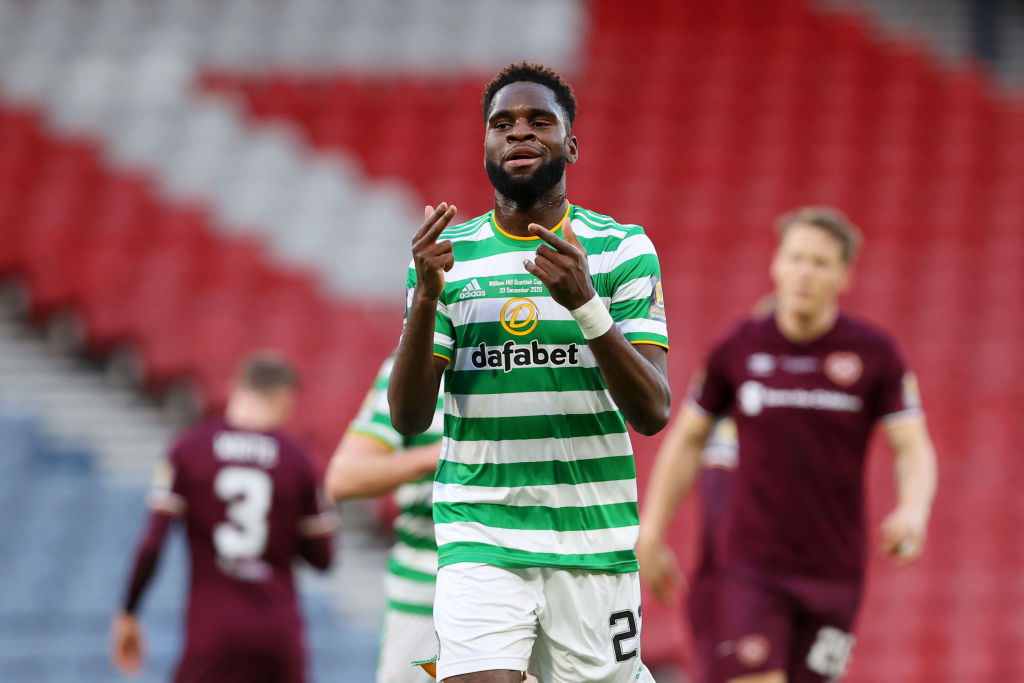 Leicester City are closing in on a deal to sign Celtic striker Odsonne Edouard, according to reports.

The 23-year-old has been sublime since joining Celtic from Paris Saint-Germain in 2017 with 81 goals in 160 appearances.

Brendan Rodgers was the man who brought Edouard to Celtic on an initial loan deal from PSG in 2017 before his move was made permanent a year later for £9 million.

Edouard has attracted interest from several clubs across Europe, while Arsenal are also understood to have been monitoring the striker’s performances.

But according to MailOnline, Leicester believe they have won the race for Edouard and a deal in the region of £15m is close to being agreed.

The report claims that Edouard has indicated that he wants to be reunited with Rodgers at Leicester this summer.

When asked about a move for Edouard in January, Rodgers said: ‘I know Odsonne because I signed him for Celtic when he was there, so I know the level of player Celtic have.’

Edouard will have just one year remaining on his contract with Celtic at the end of the season, while PSG also have a 40 per cent sell-on clause.

Leicester have been heavily reliant on Jamie Vardy this season with the 34-year-old scoring 12 Premier League goals so far.