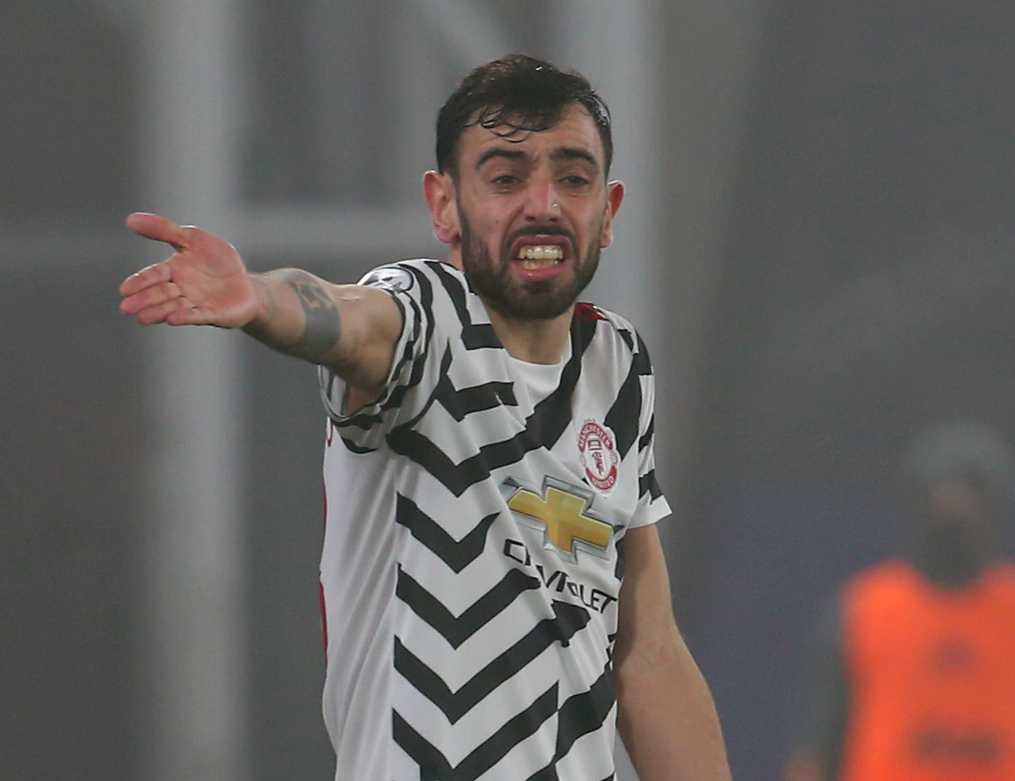 Ole Gunnar Solskjaer has hinted that Manchester United will prevent Bruno Fernandes from joining up with Portugal for the first of their World Cup qualifying matches later this month.

Under current government coronavirus restrictions, Premier League stars involved in games held on the UK’s travel red list will be required to quarantine for ten days in a government-approved hotel on their return.

Liverpool head coach Jurgen Klopp has already confirmed the likes of Alisson, Fabinho, Roberto Firmino and Diogo Jota will not be released and Solskjaer suggested United would follow suit in the wake of their drab stalemate at Crystal Palace on Wednesday night.

Fernandes, one of the standout players in the English top flight this term, would have been a shoo-in for selection ahead of Portugal’s Group A clashes with Azerbaijan (Lisbon), Serbia (Belgrade), Luxembourg (Luxembourg) in normal circumstances.

But as the country has been placed on the red list, the Red Devils are reluctant to release their talisman and Solskjaer said it would be a ‘hard call’ to allow him to leave.

On whether Fernandes will be granted permission to represent his nation at his post-match press conference, Solskjaer told reporters: ‘Well we’ve not sat down and made a proper call on that one but it doesn’t make sense if you lose your player for ten days isolation, of course it doesn’t.

‘We’re the ones paying the players and from what I understand, FIFA have given the rules that [players] don’t have to be released.

‘So I would think that’s going to be a hard call to make to let them go and play in red list countries, yeah.’

The Norwegian said ‘of course’ he wanted Fernandes – United’s top scorer this season with 22 goals – involved in their matches with Brighton and Tottenham after the international break.

Pressed on whether he’s keen for Fernandes to stay put, he added: ‘I want Bruno, of course.

‘I want him ready against Brighton and again hopefully that we’re through in Europe and against Tottenham after that break, of course I do.’

Map reveals how Brazil’s Covid variant has spread across Europe

United’s goalless draw at Selhurst Park – their third consecutive stalemate in all competitions – meant the club lost further ground on Manchester City, who now sit 14 points clear at the top of the Premier League table.

Next up for Solskjaer’s men is a trip to the Etihad where Pep Guardiola’s rampant City side will be looking to extend their winning streak to 22 matches with victory over their fierce rivals.