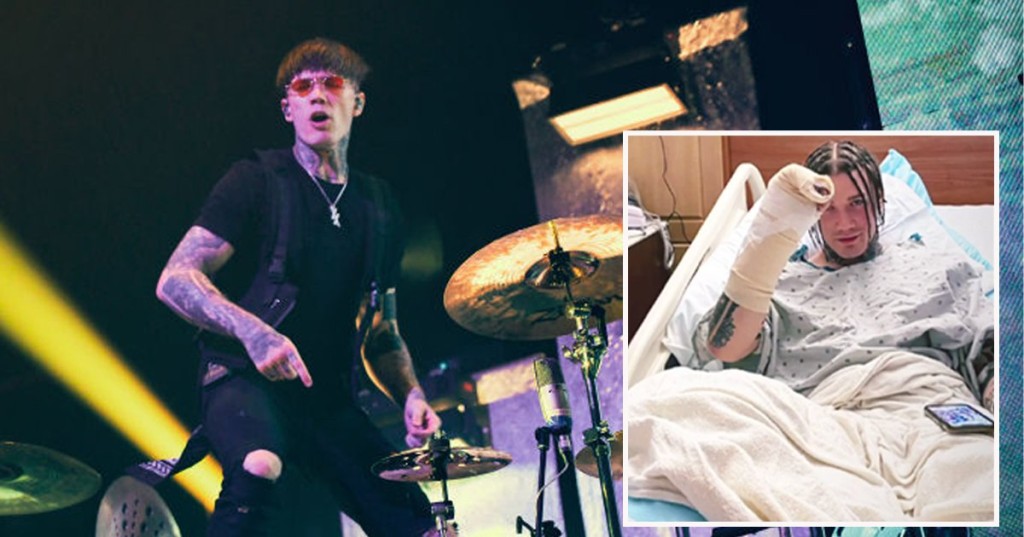 Machine Gun Kelly’s drummer has been hospitalised after reportedly being attacked, robbed, and run over by a car.

Rook – real name JP Cappelletty – is thought to have been walking down a street in Hollywood Hills on Tuesday night, when two men jumped out of a vehicle to rob him.

According to TMZ, law enforcement sources have said that he had thousands of dollars of property stolen, and he was hit by a car, which injured his foot and arm.

However, Rook’s been keeping his spirits high, sharing a couple of snaps from his hospital bed and telling fans: ‘Don’t worry I’ll bounce back.’

The drummer could be seen raising his arm, which is in a cast, and posing with his Forget Me Too hitmaker pal as he visited him.

He got the job when he was a senior in high school, and never looked back after receiving the call from the punk rock star.

Rook previously told 13ABC about his ambition to make it big: ‘In high school my counsellors would be on me saying I know you want to be a rock star, but you need to have other choices.

‘I understood where they were coming from but I told them I was either going to be a drummer or a bum, that was my mind set.’

He was most recently seen hitting the studio with Mod Sun and Avril Lavigne, with the trio teasing a collaboration.

Metro.co.uk has contacted Rook, reps for Machine Gun Kelly, and the LAPD for comment.


MORE : Machine Gun Kelly takes a leaf out of Billy Bob Thornton’s book and wears a vial of Megan Fox’s blood around his neck