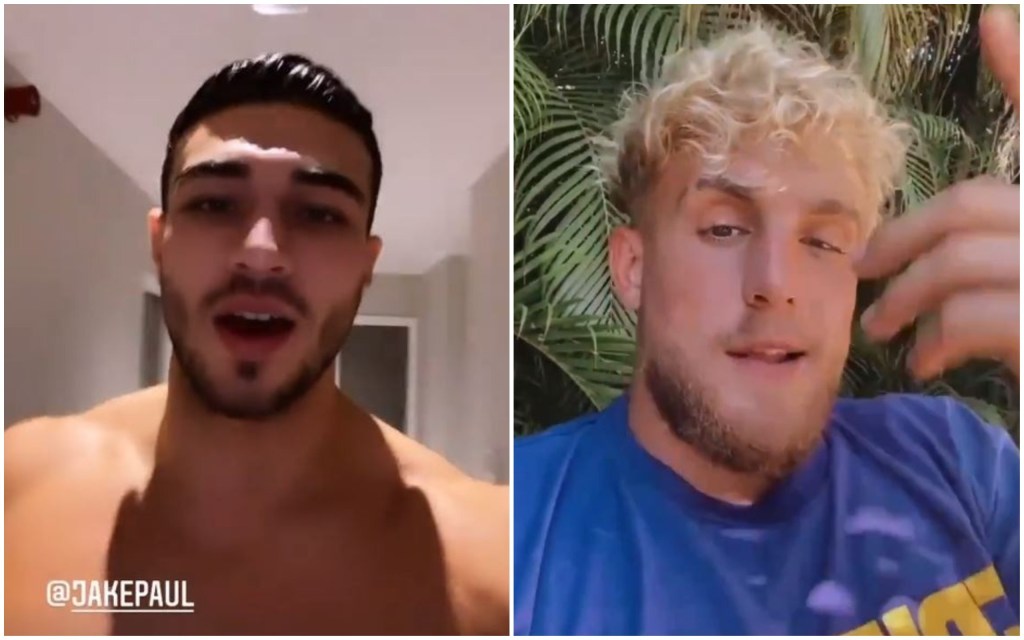 Tommy Fury has offered to fight Jake Paul after Tyson Fury hyped up a showdown between the two fighters.

And after Tommy Fury’s victory, Tyson Fury suggested on Twitter that his younger brother should now target the YouTube star.

Speaking about Tyson Fury’s post on Twitter, Jake Paul said: ‘Then I wake up and see Tyson Fury, the heavyweight champ, tweets me and he was talking s*** about Canelo too, saying it was boring or like no one was watching and I was laughing along with it.

‘Then I get to the bottom of the tweet and I see that he calls me out to fight someone and the tweet’s about his brother, and I’m like, ‘I didn’t even know he had a brother’.

‘But my point is here, you’re Tyson Fury’s little brother, if you want to fight me, don’t let your big bro do s*** for you, log on to Instagram and Twitter and call me out for yourself, bro. What’s going on in this boxing world.’

And on Tuesday evening, Tommy Fury responded to Paul with an Instagram message of his own.

‘So, I see somebody is having a little bit of something to say,’ he said.

‘Mr Jake Paul, I don’t need anybody to do my dirty work, I’m calling you out myself right now.

‘You can fight me any time, any place, anywhere. All you’ve got to do is get in touch.’