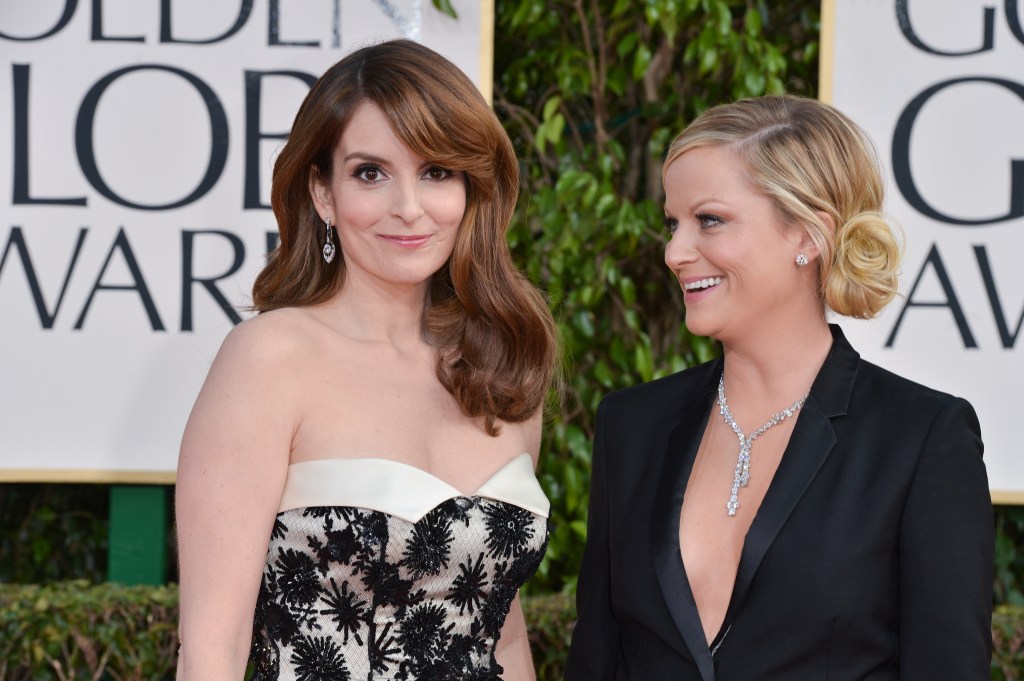 Tina Fey and Amy Poehler did not hold back during their hilarious opening monologue at the Golden Globes 2021.

The iconic comedy duo took jabs at the controversial nominations awarded to James Corden for his heavily criticized performance in The Prom, Netflix comedy Emily In Paris, and Sia’s controversial Autism film, Music.

The 78th Golden Globes had to make some big changes this year different this year, with the ceremony taking place virtually.

The pair ran the show from opposite coasts amid the pandemic with Amy beaming in from Los Angeles, while Tina hosted from New York City.

Thanks to the beauty of technology, the hosts appeared to be standing side-by-side on stage as they performed live for a select group of first responders in the audience.

They quickly made jokes about the biggest nomination shocks of the night as Tina took aim at James Corden stating: ‘The Queen’s Gambit is whatever James Corden got up to in the prom.’

She then pointed out the irony that proms didn’t happen last year ‘so kids got to watch Meryl Streep and James Corden go instead.’

Their attention later turned to Emily In Paris as Tina joked that she ‘couldn’t wait’ to find out whether it’s a Musical or a Comedy when commenting on the category it was nominated in.

‘French Exit is what I did after watching the first episode of Emily in Paris,’ she added.

As for Sia’s Music, they joked that it was nominated for ‘Best International Flopperoony.’

Tina joked: ‘Twitter is saying it’s real problematic, and had the most controversial casting since Kate Hudson was the Weightwatchers spokesperson.’

As ever, the Globes were judged by a secretive group of 87 international journalists known as the Hollywood Foreign Press Association (HFPA).

However, stars have recently called out the Hollywood Foreign Press Association for not having any Black members as they shared the same campaign image and hashtag, referencing the #TimesUp movement.

The pair made sure to comment on the controversy as they pointed out that while awards shows can be silly, ‘even with stupid things, inclusivity is important, and there are no Black members of the Hollywood Foreign Press. You’ve got to change that.’