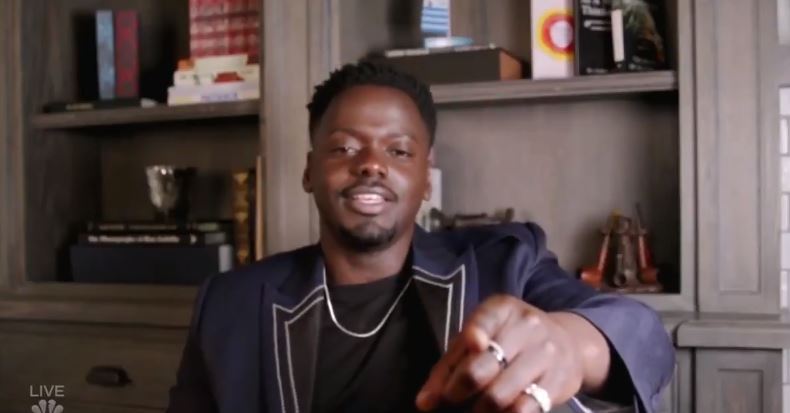 Daniel Kaluuya’s winning moment at the Golden Globes 2021 almost went south after his speech was messed up by technical issues.

The British actor won the gong for best supporting actor in a motion picture for his widely-praised performance in Judas and the Black Messiah.

However, the rest of the world couldn’t hear a thing, which led to an awkward moment when Laura then had to accept the award on his behalf.

Thankfully, the issue was sorted out seconds afterwards and Daniel was able to make his speech.

The Get Out star joked: ‘You did me dirty’ before adding ‘I’ll save all that for the HFPA’ referencing the recent controversy surrounding the Hollywood Foreign Press Association’s lack of Black members.

The London boy then delivered a typically charismatic speech, in which he praised Fred Hampton’s family as well as his co-stars Lakeith Stanfield and Dominique Fishback.

Judas and the Black Messiah followed Black Panther chairman Fred Hampton (Kaluuya) and FBI informant Bill O’Neal (Stanfield) in the lead-up to Hampton’s murder during a raid by the FBI.

This was the first Golden Globe win for the Black Panther actor and his second nomination.

The actor was previously nominated in 2018 for best actor in a musical or comedy for his leading role in Get Out.