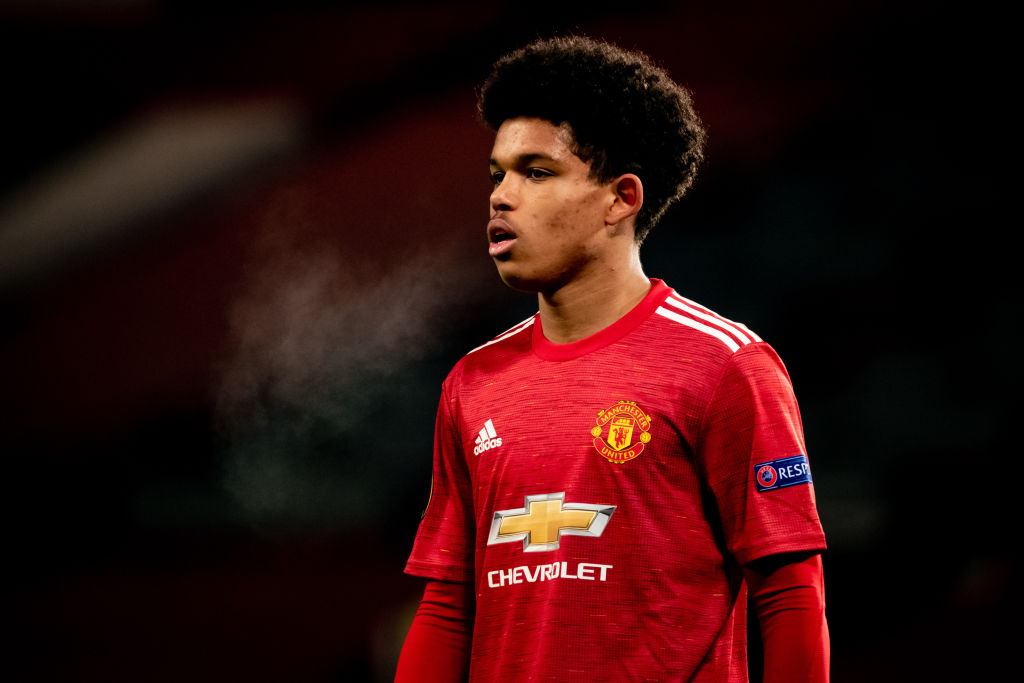 Ole Gunnar Solskjaer has backed Shola Shoretire to become a ‘very good player’ at Manchester United after making a slice of history in the Europa League on Thursday night.

Shoretire, 17, came off the bench with 15 minutes remaining of United’s 4-0 aggregate win over Real Sociedad and became the youngest player to represent the club in European competition.

He broke Norman Whiteside’s 39-year-old record by 108 days after replacing fellow academy graduate Mason Greenwood late in the second half, having made his debut against Newcastle at the weekend.

Manchester United boss Solskjaer is clearly an admirer of the youngster and thinks he has potential to be a good player.

‘Shola has got some skills, he’s going to make a very good player here,’ Solskjaer said after the match.

‘It’s a platform tonight, just 15 minutes, but it’s something to remember for him at Old Trafford.

‘Maybe he would’ve enjoyed it more with fans, because they give you so much energy. But I’m sure all the fans will see him soon.

‘He’s a young kid we believe in, he has a great attitude, you can see the shape of him, physically, he’ll be an athlete, technically he’s very, very good, makes good decisions.

‘We’re going to gradually feed him into this team and he’s grounded, got his feet on the ground, works hard in training, is a likeable boy and one we can see doing well in the future.’

United will learn their next opponents on Friday, with Arsenal, Tottenham Hotspur and Rangers also in the last-16 draw.