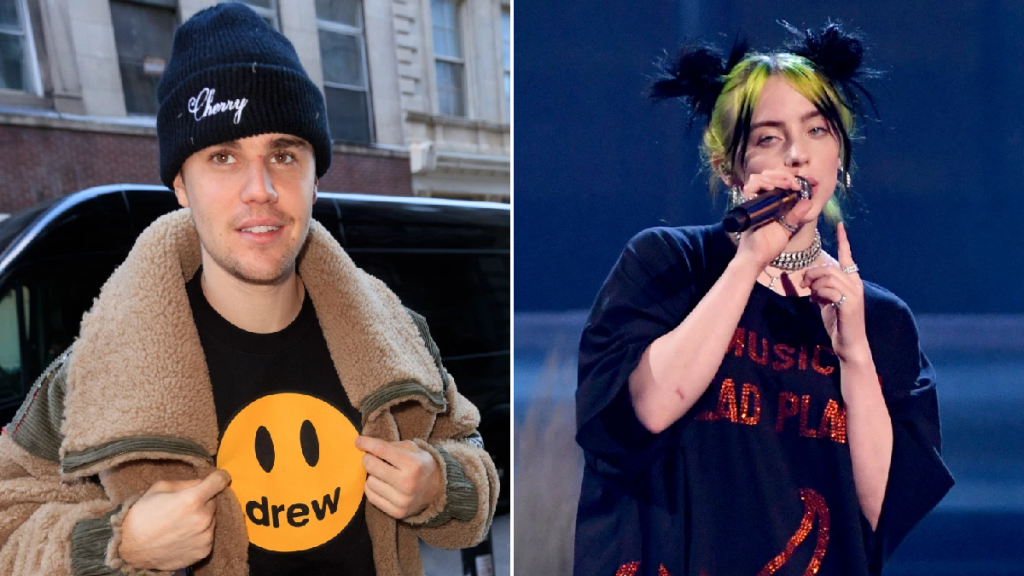 Billie Eilish has revealed her first ever moving message from her hero and friend Justin Bieber, sobbing through it as she read it out in her documentary.

The Bad Guy hitmaker has opened up in her documentary The World’s A Little Blurry, with part of the special dedicated to Billie’s bond with JB, who she’s been a fan of since her early teens.

Clearly, the feeling is now mutual, with the pair finally meeting at Coachella 2019, and melting everyone’s hearts as Justin hugged her while she cried in his arms.

In the documentary, Billie, 19, reads the message, which was sent the same night, out to her family, saying: ‘It’s moments like tonight where I’m reminded what I mean to people.

‘Your love for me touched my heart. You are so special, not for what you can do, but for who you are. Remember that. I am so impressed by your aura and presence.

‘You carry a heavy calling. You are an idol to so many. I’m excited to watch you flourish. You are beyond special. Thank you for tonight, it meant just as much to me as it meant to you.

‘I also want to let you know that it feels like yesterday [that] I was 15 singing One Time and now I’m 25 and that was 10 years ago and it flew by like a flash.

‘Enjoy every minute of what you are experiencing. Embrace it all, believe you are great, but not greater than anyone.’

She finishes by leaning back and sobbing, with her brother and producer Finneas telling her to focus on people like Justin, who clearly value her.

The documentary also shows the Sorry hitmaker calling Billie to congratulate her and Finneas on their incredible wins at the 2020 Grammys, telling her: ‘I am so proud of you.’

It’s not the first time Justin, now 26, has shared the love for the teen, previously saying he felt ‘protective’ of her in his own YouTube documentary, Changes.

Who is Katy Perry engaged to?

‘It was hard for me being that young and being in the industry and not knowing where to turn and everyone telling me they loved me and you know, just turning their back on you in a second,’ Justin said.

‘I just kind of let her do her thing and if she ever needs me I’m going to be here for her.’

Billie Eilish: The World’s A Little Blurry is available to watch on Apple TV+.


MORE : Billie Eilish promises to surprise fans with ‘some tricks’ after recording new album during lockdown


MORE : Billie Eilish does downtime right as she enjoys playful beach walk with dog Shark ahead of documentary release