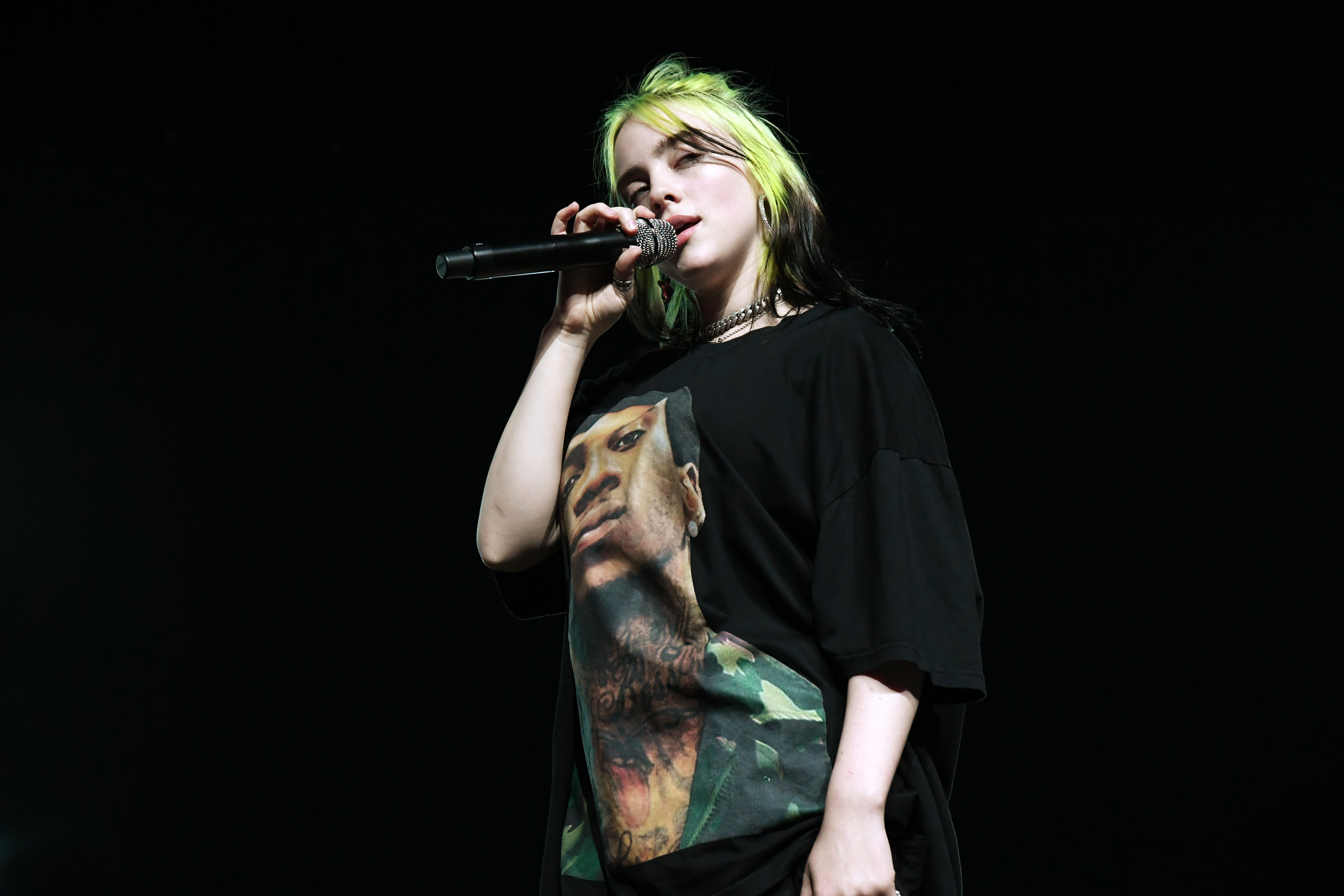 Billie Eilish is set to open up in her new documentary The World’s A Little Blurry, with fans hyped to learn more about the star.

The Bad Guy hitmaker and her brother and producer Finneas, 23, have had incredible careers so far, being skyrocketed to fame with the release of their first album When We Fall Asleep, Where Do We All Go? in 2019.

Between them, they won six awards at last year’s Grammys, and have won millions of fans, including plenty of celebs.

Among other successes, they were also enlisted to create the James Bond theme for the upcoming movie, No Time To Die,

The 19-year-old has been incredibly private about her personal life, with the documentary set to give fans a glimpse into the highs and lows of her career and life so far.

When is the Billie Eilish documentary release date?

The World’s A Little Blurry is set for release on February 26 on Apple TV+.

However, there will be a live premiere event on February 25, streaming on the Apple TV app and Billie’s YouTube channel at 6pm PT (2am on February 26 in the UK).

It will feature a recorded conversation with the star, and a live performance of her song ilomilo.

What is the Billie Eilish documentary about?

The documentary will show the highs and lows of Billie’s career, as well as giving glimpses into her personal life.

An official synopsis reads: ‘Billie Eilish: The World’s A Little Blurry tells the true coming-of-age story of the singer-songwriter and her rise to global superstardom.

‘From award-winning filmmaker R.J. Cutler, the film offers a deeply intimate look at this extraordinary teenager’s journey, at just 17 years old, navigating life on the road, on stage, and at home with her family, while writing, recording and releasing her debut album When We All Fall Asleep, Where Do We Go?’

Is there a trailer for the Billie Eilish documentary?

The trailer for the documentary dropped earlier this month, and shows Billie at home with her family.

It sees Billie and Finneas in their makeshift home studio, where they recorded the album, and shows their mother Maggie speaking about her worries surrounding the music industry.

‘I honestly don’t know how any artist of any age is doing it without a parent,’ she admits.

Maggie later says: ‘It is a horrible time to be a teenager. Kids are depressed.’

Billie agrees: ‘I look into the crowd and I see every single person is going through something and I have the same problem. I was like, why don’t I turn this into art instead of living with it.’

How can you watch the Billie Eilish documentary in the UK?

The Billie Eilish documentary will be available on Apple TV+, which can be accessed through  Apple’s TV app.

The app is available on iPhone, iPad, and Apple TV — in addition to some supported third-party smart TVs.

What has Billie Eilish said about the documentary?

However, she still ‘loved’ the experience, adding to Stephen Colbert on The Late Show: ‘It was fun to have people there that are literally just there to watch you live your life, because there’s nothing like that.

Billie Eilish documentary: Release date, trailer and how to watch in UK

Netflix viewers thirsting over Raymond Ablack in Ginny and Georgia

‘There’s nothing in life that is like that. I kinda loved it, to be honest with you.’

Billie Eilish: The World’s A Little Blurry is set for release on February 26 on Apple TV+.


MORE : Billie Eilish promises to surprise fans with ‘some tricks’ after recording new album during lockdown


MORE : Billie Eilish does downtime right as she enjoys playful beach walk with dog Shark ahead of documentary release