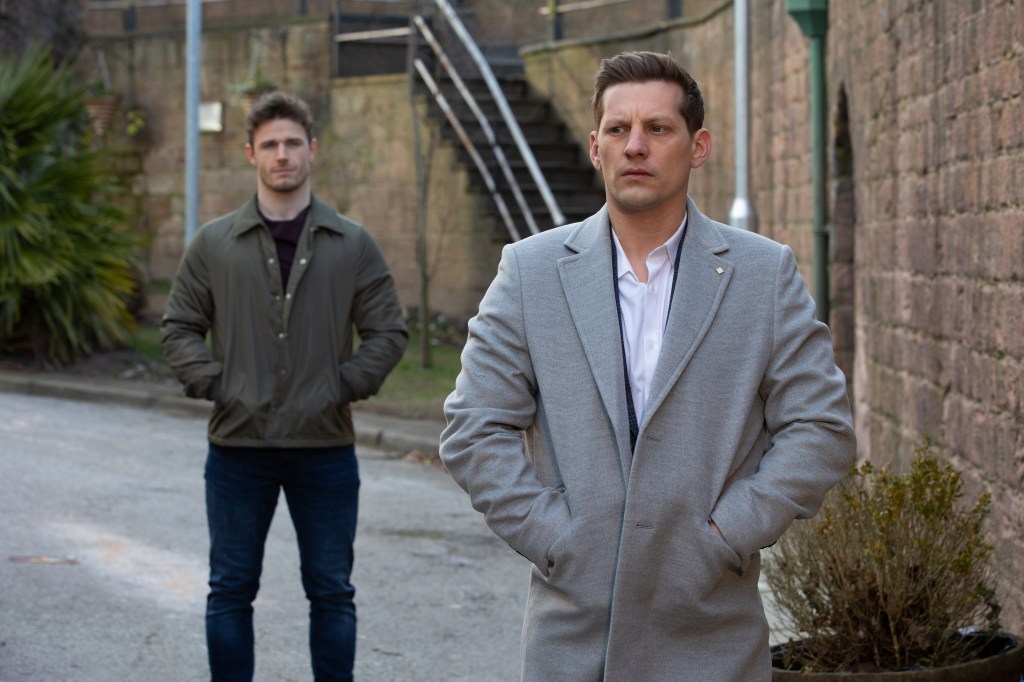 George has been controlling and manipulating John Paul into neglecting his responsibilities in order to ensure he’s completely and utterly reliant on him.

The two spent some time together earlier this week, but an injury soon ensued, as George collided with a kitchen cupboard.

However, while the incident was nothing more than an accident, George spotted an opportunity to reclaim control, as he implied that John Paul was responsible for his injury to a shocked Peri Lomax (Ruby O’Donnell).

Peri subsequently informed Courtney Donovan (Amy Conachan) about her fears that John Paul might be abusing his partner, and in tonight’s edition of the Channel 4 soap, one thing leads to another.

‘Almost to the point of: “Why haven’t you listened to George?” rather than “why hasn’t he said anything? Because of course [he believes] George has said something, but why haven’t you believed him?”

‘It’s all very confusing for John Paul, he cannot understand what has happened.’

Hollyoaks airs these scenes Thursday February 25 at 7pm on E4.