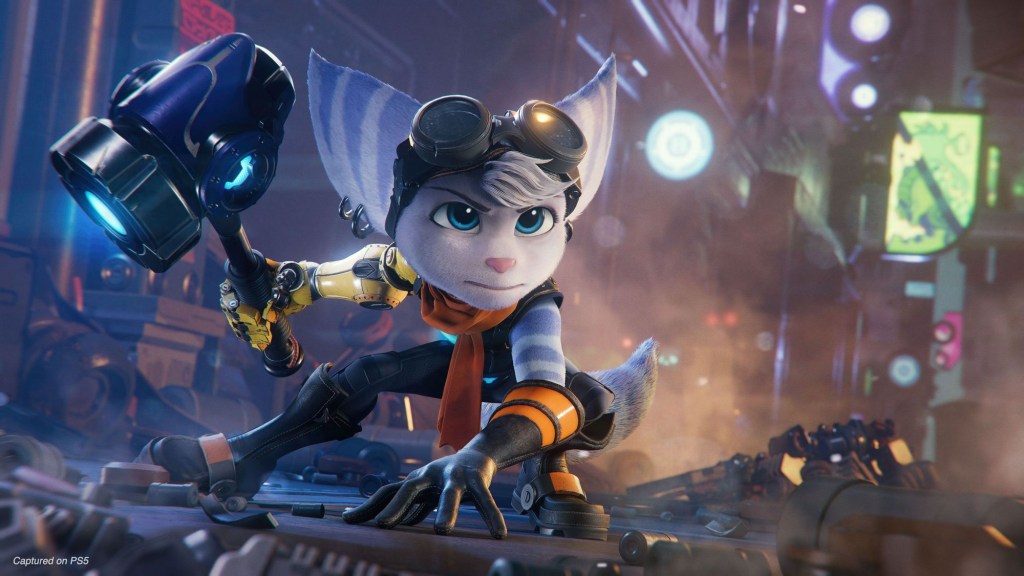 The Thursday Inbox is not sure Super Mario Sunshine counts as a proper Mario game, as one reader wants to play GoldenEye on a modern console.

The face of PlayStation
For me there’s only really one answer for what the best PlayStation 5 game is and that’s Demon’s Souls. And that’s for the simple fact that it’s the only one that uses anything like the full power of the system, since Spider-Man: Miles Morales is really a PlayStation 4 game and Sackboy is Sackboy (I haven’t played it, although it does look fun).

But this got me thinking of who Sony’s mascot currently is. I realise mascots aren’t necessarily a thing anymore, but Mario is obviously Nintendo’s and if you think of Xbox you think of Master Chief. But PlayStation has never really had that. Lara Croft and Crash Bandicoot both used to kind of fill that role but they’re both multiformat. There did seem a small attempt to make Sackboy a mascot, but that never really took off, and Astro Bot is sort of in the same position – although considering I’m not sure if that’s even his name I’d say he’s not having much more success.

Kratos is a common guest character in other games but is he really the (miserable) face of PlayStation? I’m not saying that PlayStation needs one, they’re clearly doing fine as they are, but I do find it surprising that after all these years they’ve never hit upon one even by accident. Maybe Ratchet & Clank can have another crack if their new game is especially big, but I get the feeling the vacancy will never be filled.
Krispin

System seller
With the news of more PlayStation exclusive games making their way into PC, I wondered whether you and the readers think there is any chance we could see Astro Bot: Rescue Mission makes its way onto other VR platforms such as the Oculus Quest 2?

I’m a big VR fan but don’t have a PlayStation VR so would love to be able to experience Astro Bot given all the praise it has received and, much like the other PlayStation games coming and already on PC, it’s a few years old now. It might be unlikely but I would love to see it happen.
Angry_Kurt (Twitter)
Now playing: Yakuza: Like A Dragon (Xbox Series X) and Luigi’s Mansion 3 (Switch)

GC: We suppose it’s possible, but Rescue Mission is a much more important exclusive for the hardware than something like Days Gone is for the consoles, so it seems a risky move.

Black sheep
Always felt that Super Mario Sunshine was the Super Mario Bros. 2 equivalent of the 3D games, as in Mario was in someone else’s game. I don’t recall Delfino characters being used in other Mario games apart from Mario Kart games.

Sunshine’s highlights were definitely the void levels without FLUDD. Once the void levels were completed the game gave you FLUDD, which made the levels easier – that didn’t make sense. Speaking of FLUDD, he should have been the what Cappy is in Super Mario Odyssey, a natural extension of Mario’s ability. Instead FLUDD was a safety net to be used if you mistimed a jump. Mario games require precision control, timing and reflex reactions and FLUDD took all that away.
Alek Kazam

A big yes
In response to Koffey’s question about Sackboy: A Big Adventure, I’d definitely recommend it – particularly for the co-op. Other than Bugsnax (which I also loved) it’s the only thing I’ve played on the PlayStation 5 so far, despite having Demon’s Souls and Spider-Man: Miles Morales ready to go.

The main reason I got it was to have something to play with my fiancée, as we love working through games together and this was a perfect fit. It’s challenging without being too difficult, and there’s a good mix of competitive/co-op game play. Plus, Richard E. Grant is the voice of Vex, and is clearly loving every minute.

The only thing I wouldn’t recommend is going for the platinum – the final challenge is an absolute monster.
Billiam

Sega do what Capcomdon’t
Reading your review of Ghosts ‘N Goblins Resurrection, and your comments about how insanely difficult the games in the series are, I was reminded of how and why I was able, as a child, to complete the Master System version of Ghouls ‘N Ghosts. From what I can tell, Sega themselves handled the port and introduced a range of innovations that facilitated progress.

If memory serves, you could upgrade your armour in ways that enabled you to take multiple hits before being stripped to your underpants, and I think there was a magic system too. As a result, I did manage to complete the game, despite trying and failing countless times to get past the first level of Super Ghouls ‘N Ghosts on a friend’s SNES.

Perhaps Sega would be so kind as to do versions of the rest of the games in the series?
Declan

90s shopping
More of a letter to the readers of these pages than anything else.

I’m trying to locate an old store that was trading in London in the early 90s called Advance Console Entertainment.

They were specialists in services for consoles back in the day, whether it be modifications or repairs. After some research it appears they have ceased trading, relocated or possibly had a name change, as I can’t find any information online. The use of Google maps suggests any of my theories above could be valid.

They were based in London, which has always been way out of my jurisdiction. Any information from yourselves or your readers would be appreciated. Thanks.
Bad Edit

Lost classics
I have been looking to play some nostalgic games such as NBA Jam and GoldenEye 007 on my current consoles. I was hoping I might have been able to download the more recent GoldenEye from 2010 on the Xbox, Switch, or PlayStation 5 but to no avail. Any suggestions welcome.

Whilst searching I came across Taxi Chaos, which clearly takes a lot from Crazy Taxi. Will you be reviewing it?
Cobsterreturns

GC: Activision no longer has the Bond licence so they can’t sell it anymore (although the reimagined version wasn’t very good anyway). It’s the same deal with their Transformers and Deadpool games. The Xbox 360 remake of GoldenEye did leak recently but, legally speaking, we can’t recommend that. We might take a look at Taxi Chaos but the early impressions seem discouraging.

Games Inbox: What can be done about DualSense controller drift?

Budget rises
I was hoping that yourselves or a reader could advise on a new TV purchase to get the most out of my Xbox Series X.

Does that seem a reasonably achievable on that budget? My 3D, 1080p plasma set from 2011 is starting to show its age and I would like to retire that set to the bedroom.

Thanks for continuing to provide your usual coverage throughout these current circumstances.
TheSpectre N8 (gamertag)
PS: Are GC planning to review the second DLC from The Outer Worlds when it comes out soon? Any whispers of a sequel, etc.?

GC: We use the Samsung Q80T/Q90T range. The 55” is version is around £1,300 but that’s a good deal for everything you get. We will probably review Murder On Eridanos, but it still doesn’t have a release date.

Inbox also-rans
Every time someone says Ghosts ‘N Goblins Resurrection is too hard it makes me want to play it more. What’s wrong with me?!
ANON

GC: We feel the same way. We’re always convinced we like the games until we actually play them.

Always enjoy a GC Dynasty Warriors review and I particularly liked the line about the graphics looking like someone ‘puked in a kaleidoscope’. I thought you were exaggerating until I saw the screenshot and, jeez… how is it this series has been going on so long?!
Winston