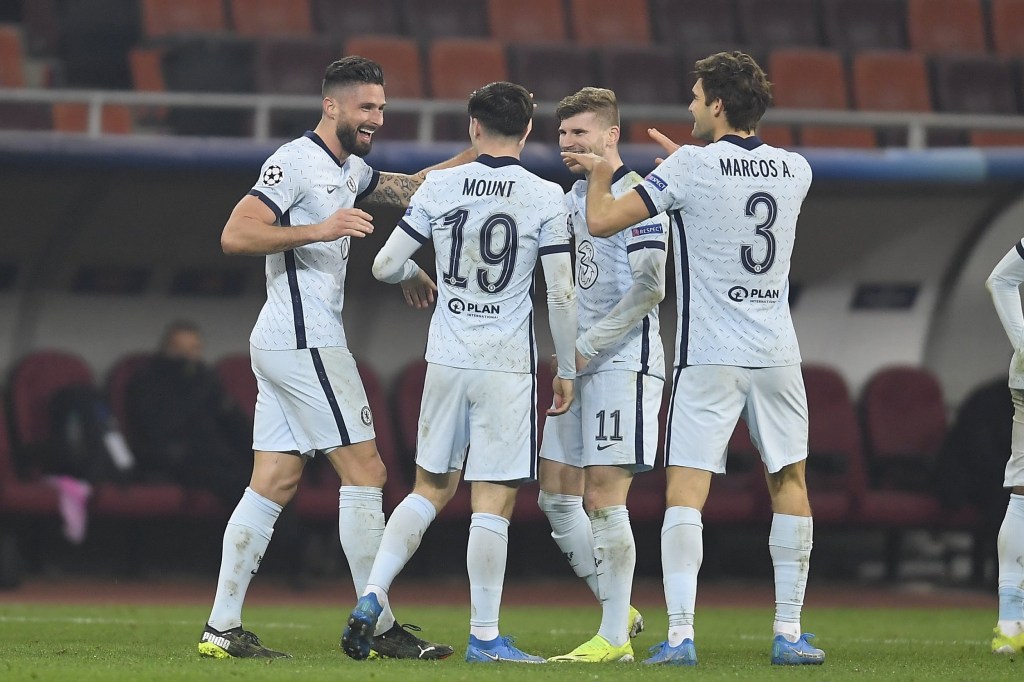 Olivier Giroud has revealed that he would have been annoyed with Mason Mount if his overhead kick was disallowed in Chelsea’s Champions League win over Atletico Madrid on Tuesday evening.

The France international scored a sublime effort to secure a 1-0 victory for Thomas Tuchel’s side in Bucharest.

In the build-up to the goal, Marcos Alonso’s cross from the left flank was met by Mount, who failed to control the ball but a botched clearance from Mario Hermoso presented a chance to Giroud, who guided an acrobatic effort past Jan Oblak.

And Giroud admits that he was ready to rebuke Mount for his attempt to control the ball when it would have been better to have let Alonso’s cross run into the Frenchman’s path.

‘I was a bit lucky, the defender didn’t really go for it, I was a bit ahead,’ Giroud told RMC Sport after the game.

‘I said to Mason I am going to be annoyed with him if they don’t award me the goal because he touched the ball just before [from Marcos Alonso’s cross] when I could have had it and finished if he left it for me.

‘But I am not going to complain. I am happy to see the ball in the back of the net and above all that there is no offside.’

Giroud also admits that Chelsea still suffer a ‘problem’ with their final ball in attacking areas.

‘I think we were the better team on the ball, I don’t know the stats, but I think we had good possession, we’ve been dangerous in the last third,’ Giroud told Chelsea TV.

‘But the problem is we miss sometimes the precision in the last pass and maybe the timing. Maybe we wanted to rush it a bit too much.

‘We could’ve done more in the first half. I was hoping the very best for us in the second half.

‘We still can improve but we played well, we’ve been strong at the back, so a lot of satisfaction tonight, it’s an away goal so it’s very important.’