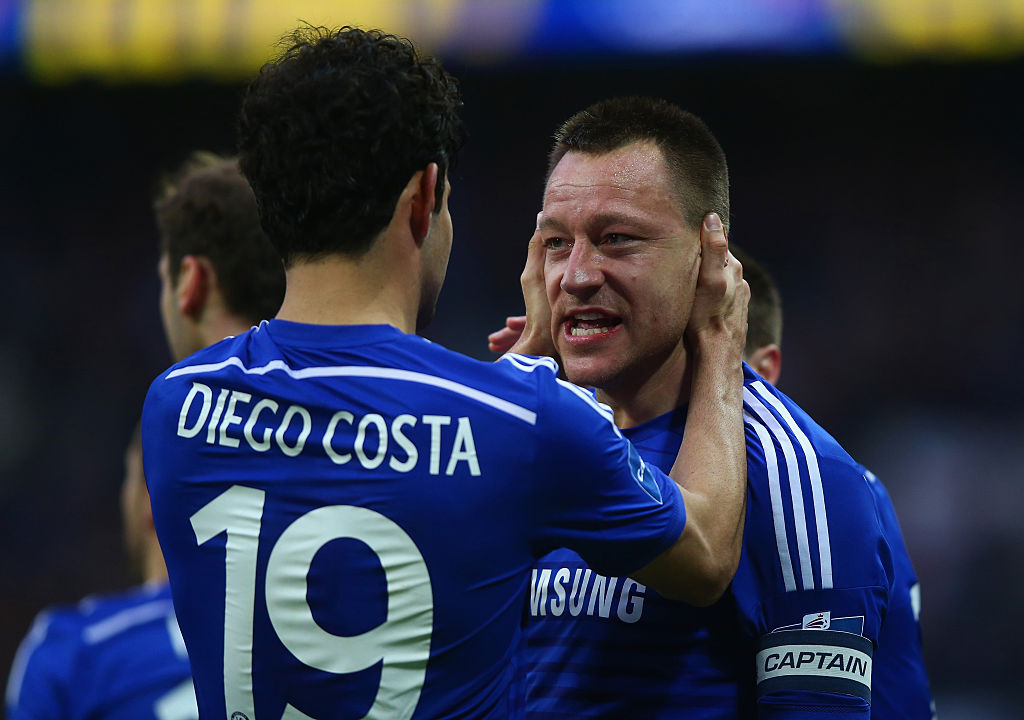 John Terry sent his regards to Diego Costa as Chelsea sealed a 1-0 victory over Atletico Madrid in the Champions League on Tuesday evening.

Olivier Giroud’s overhead kick in the second half was enough to seal victory for Thomas Tuchel’s side in Bucharest.

Ahead of the game, former Chelsea captain Terry used the fixture as an opportunity to send a message to Costa, who left Atletico to join Stamford Bridge in 2014.

Terry, who had also played against Costa during Chelsea’s battles with Atletico in the Champions League, won two Premier League titles alongside the striker.

‘Diego Costa, I miss you mate,’ Terry wrote on Instagram.

‘I enjoyed our battles but delighted when we signed you.

‘What a player and a great man.’

Costa, meanwhile, claimed that playing with Terry at Chelsea is one of the highlights of his career.

‘Thank you my friend,’ Costa replied.

‘I dreamt of playing with some of the best defenders in the world, and playing with and against you was a dream come true.

‘You’re a true legend, on and off the pitch and a highlight of my career has been to play alongside you. I miss you a lot Captation.’