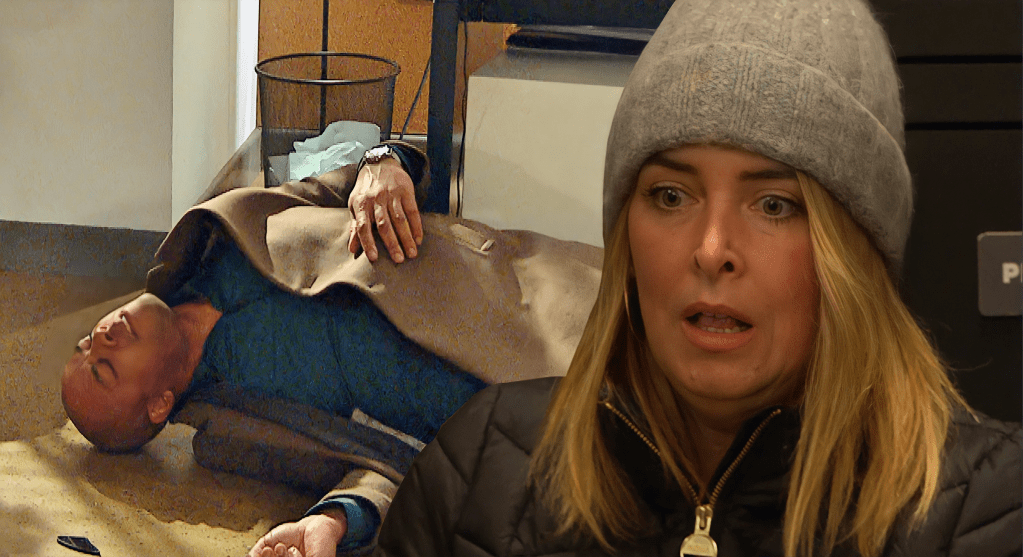 Charity Dingle (Emma Atkins) makes a grave error in Emmerdale, and Al Chapman (Michael Wildman) is left fighting for his life as a result.

Desperate to prove herself to Chas (Lucy Pargeter) and make amends once and for all, Charity decides to break into Hawksford in order to acquire a client’s contract.

However, Al catches her red-handed!

Charity does her best to distract Al, and therefore fetches the trophy from his business award, and throws it in the air.

Al leaps into the air in an effort to catch it, but he ultimately falls, and bangs his head, before dropping to the floor.

Charity reels in the wake of what’s happened, and stares at Al — unsure of what to do for the best.

Is Al dead? Has a freak accident resulted in him losing his life?

If so, what will this mean for Charity?

Will she report what’s happened to the police? Or will she hightail it out of there before someone catches her?

That remains to be seen, but it appears as if Charity’s attempt to make amends has ultimately landed her in even bigger trouble!