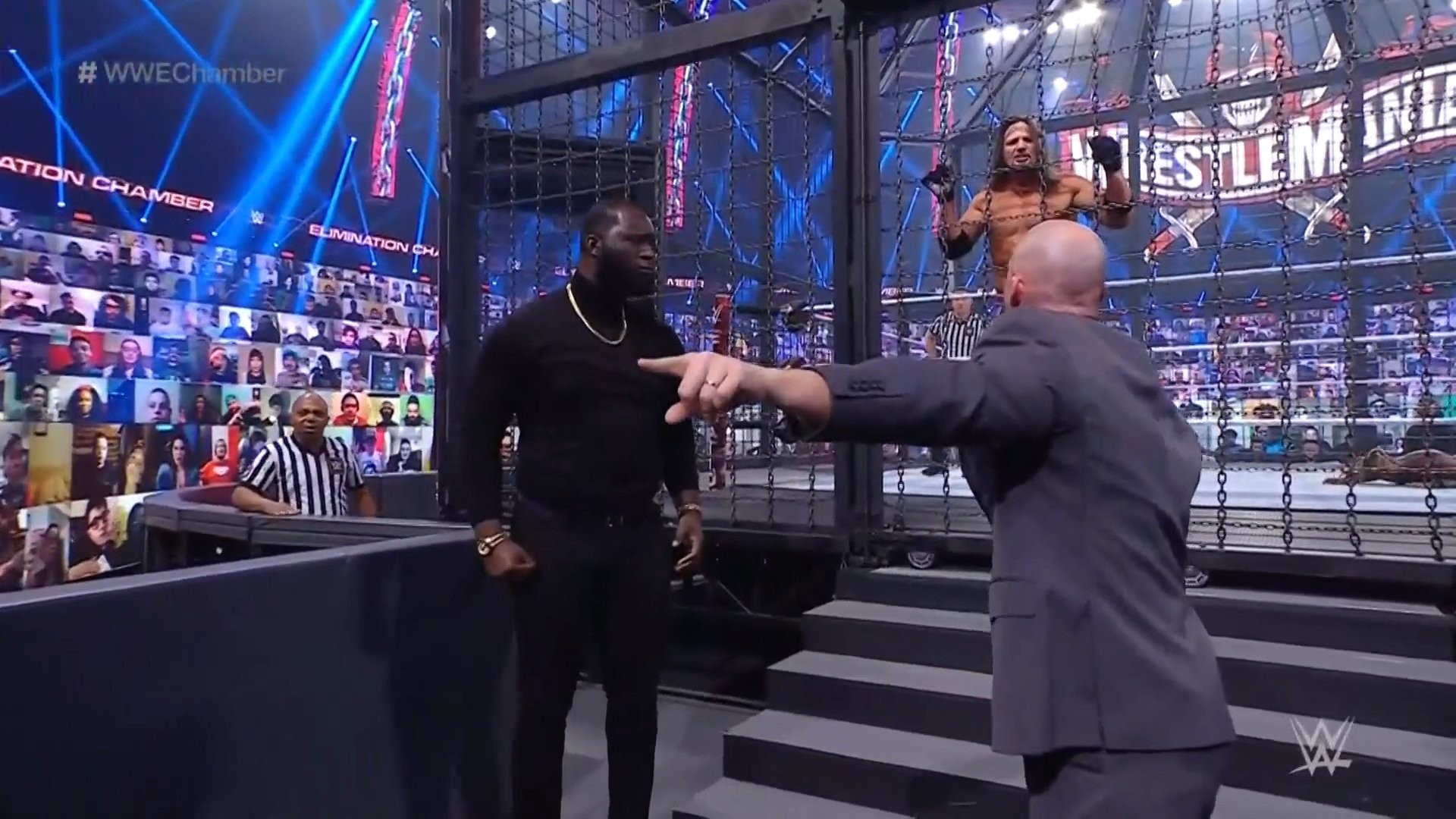 Fresh off a fantastic showing at the Royal Rumble last month – which featured a great tease of a potential clash with Braun Strowman – the company continued to build the rising star perfectly.

AJ Styles ordered his towering associate to open his pod early as he looked to capitalise after Randy Orton hit everyone with RKOs, and Omos responded by ripping the plexiglass out.

Of course, WWE official Adam Pearce then booted him out of the ringside area – but the damage was already done, and Omos came across as an absolute beast.

At the moment, they’re making all the right moves and he looks on track to be a real force on WWE television in 2021 and beyond.