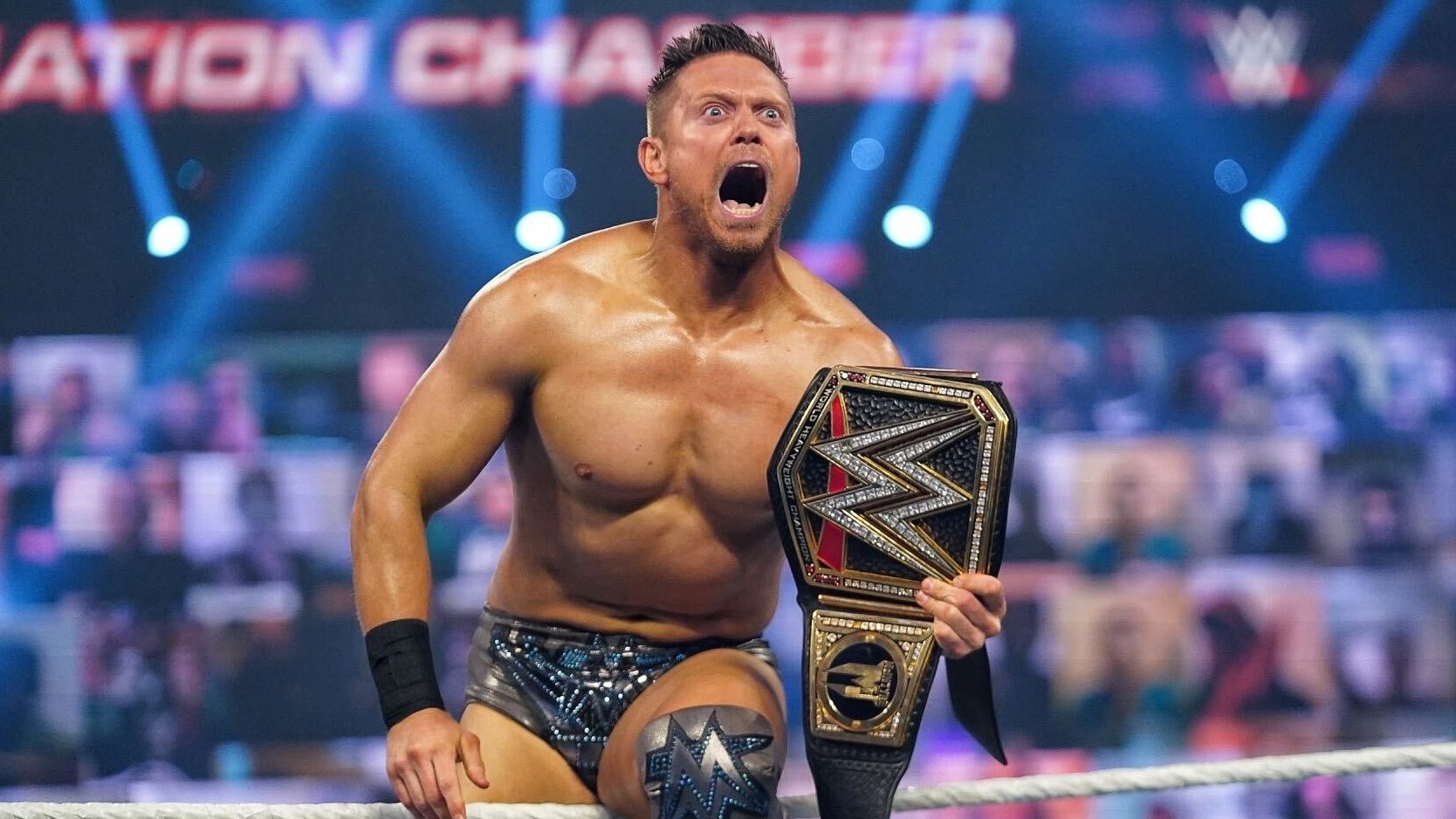 Elimination Chamber went off air with a shocking sight as The Miz cashing in his Money In The Bank briefcase and pinned Drew McIntyre for the WWE Championship.

The Scottish Psychopath had been through hell on the night after triumphing in one of the company’s most formidable and dangerous environments, overcoming five former world champions to retain the gold.

However, Miz – who took himself out of the chamber match in a masterstroke on Raw given his guaranteed title shot – came up trumps with another great move to kickstart his second run at the top.

It was the exclamation point on a fantastic pay-per-view and a stellar main event which started with old rivals Jeff Hardy and Randy Orton in the middle of the chamber.

The match was littered with fantastic nods to the six competitors’ – also including Kofi Kingston, Sheamus and AJ Styles, the last to be eliminated – history together.

In one particularly brilliant moment, the Phenomenal One’s associate Omos ripped the door clean off his pod to help him enter early to try and capitalise on an RKO party from Randy Orton, although he was booted backstage by WWE official Adam Pearce.

Although a surprise many expected with ‘The Fiend’ Bray Wyatt didn’t come into fruition, the company still kept fans guessing with a shocking end to McIntyre’s second WWE Championship run.

After Miz – who also has issues with Bad Bunny simmering – was seen talking with MVP backstage, it made perfect sense that the Hurt Business’ Bobby Lashley got involved.

The former United States Champion – who lost his own title to Riddle earlier in the night – utterly decimated a severely weakened Drew, paving the way for Mr. Money In The Bank to cash-in and steal the gold.

WWE kicked off Elimination Chamber in serious style with a stunning match inside the hellish structure.

Daniel Bryan and Cesaro started the bout with the others in pods, and the action built with everyone involved playing their roles to perfection.

Sami Zayn was the comic glue holding the match together while still showing off his skills, and all six men more than delivered in a big way with some innovative moments.

It came down to Bryan and Jey Uso with the former picking up the win to earn a Universal Championship shot which came much sooner than expected with Roman Reigns making his entrance.

Spirited Bryan put up a quick fight, but in the end the Tribal Chief choked out his challenger in brilliantly cheap fashion to continue his march to WrestleMania.

The real shock was yet to come, with Edge appearing out of nowhere to hit Reigns with a Spear and make his intentions clear after winning the Royal Rumble last month.

The second match had a lot to live up to, and delivered as a very fun sprint with Bobby Lashley, Riddle and John Morrison – Keith Lee’s replacement after winning on the Kickoff – putting on a fine showing.

In the end, even MVP and his crutch couldn’t help the CEO of the Hurt Business as the Original Bro used the weapon and pinned JoMo to win the title.

The Women’s Tag Team Championship match also delivered – albeit not to the same degree – with Sasha Banks and Bianca Belair looking strong but falling to Nia Jax and Shayna Baszler when Reginald’s botched interference cost them.

It’s for the best as the EST of WWE and the Legit Boss didn’t need the tag titles as a distraction, while the belts themselves shouldn’t be tied up in another singles feud.