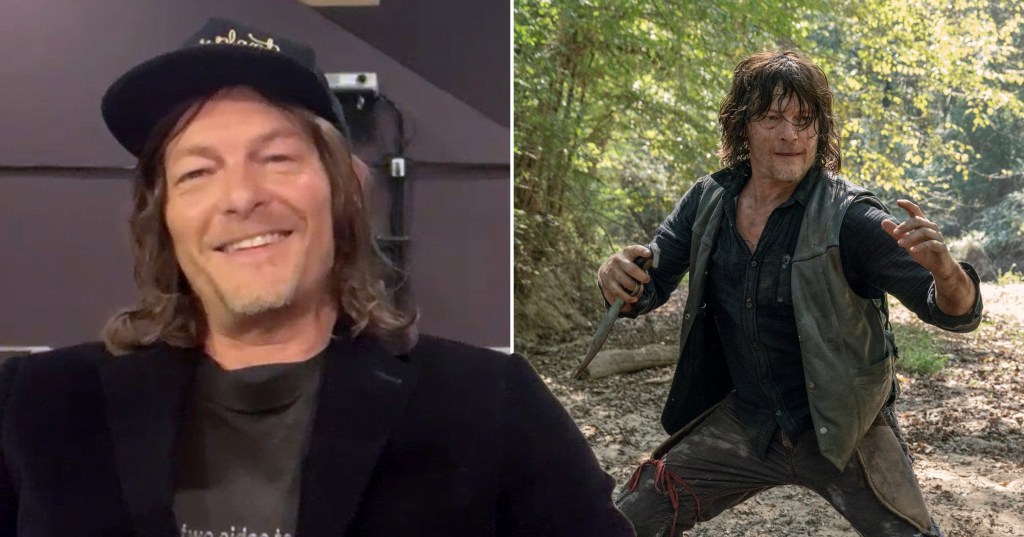 The Walking Dead’s Norman Reedus has spoken about the upcoming Daryl and Carol spin-off, saying he wants it to offer hope to fans.

The actor has been a mainstay on the hit drama, having survived as Daryl Dixon throughout all 10 seasons to date.

He’ll soon star alongside Melissa McBride in a new spin-off, duo to begin after the Walking Dead concludes with its 11th season.

Norman spoke to PA about the upcoming programme, saying that he hoped it would be a boost for fans after months of lockdown.

‘I feel like it’s been such a rough year, and a rough couple of years, and I feel like I want the world to be the Age of Aquarius again and the sun to come out and the trumpets blaring and we go out in a different sort of way.’

The actor also spoke about season 11 of The Walking Dead, saying: ‘I can tell you what my hopes are for it. My hopes are that they kick us out of the gate with it, like a rocket ship.’

As well as the new Daryl and Carol show, there’s a comedy spin-off on the way too.

Meanwhile, The Walking Dead’s Jeffrey Dean Morgan recently promised something ‘special’ in the upcoming episodes. The actor also talked about the possibility of seeing a spin-off following his character, Negan.

The Walking Dead is due to come to an end with its 11th season. There’ll be 24 episodes to look out for. The first half is expected to air in late 2021, with the second half coming in 2022. There are six more season 10 episodes arriving before then.

New episodes of The Walking Dead are due to premiere on March 1 on FOX in the UK.


MORE : Dave Bautista was told he was ‘too big’ to play a zombie on The Walking Dead


MORE : The first photo from The Walking Dead final season is here and it’s bleak