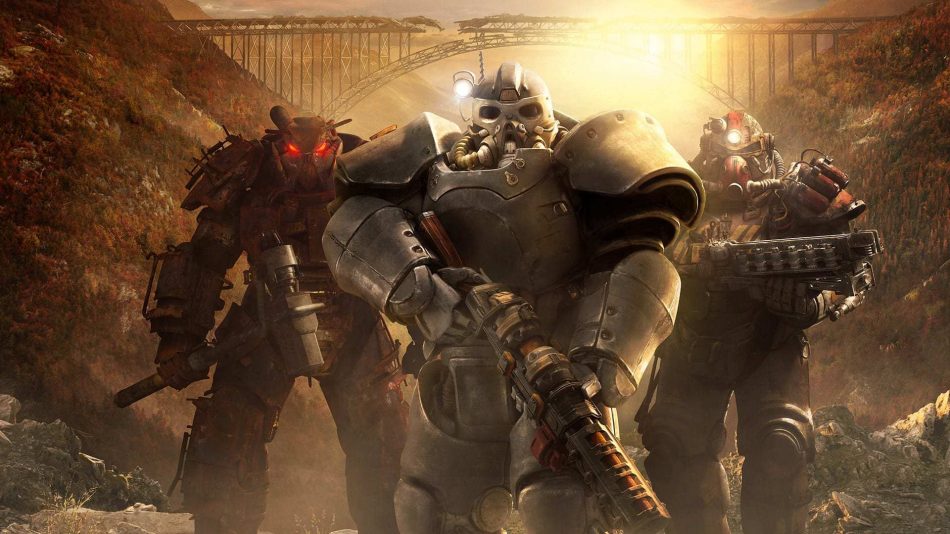 The Monday Inbox is impressed that Call Of Duty has managed to reinvent itself again, as one reader wants more games like Sonic 2006.

Slow fallout
I noticed Fallout 3 being mentioned in the weekend Hot Topic, and I found myself nodding along with the idea that Fallout 4 wasn’t much of an improvement, especially graphically, and I think, in hindsight, the point at which Bethesda started to drop in my estimation.

Like many I was shocked at the amount Microsoft paid for them, considering their last two games were Fallout 76 and Rage 2, but whatevs – it’s not my money. Obviously, Microsoft must know what Bethesda are doing next, so I wonder if the more optimistic way to look at things is that now they’ve seen Starfield and The Elder Scrolls 6 maybe that’s why they were willing pay $6.5 billion for them (that number seems even more ridiculous when you type it out!).

But while Bethesda has talked, at least a little, about Starfield and The Elder Scrolls 6 they’ve given absolutely no hint as to when Fallout 5 will be release. They’ve said the next Elder Scrolls is a long way off, implying at least two years from now, but does that mean Fallout 5 is going to be three or four years after that? Like… 2027 or thereabouts? That is a long, long time to wait for a sequel to a very successful game.

Up till now I would’ve wondered whether they’d get Obsidian in to make a spin-off in the meantime but of course they’ve been bought by Microsoft as well and are now working on Avowed. I guess they might do a Fallout game after that but then that’s probably going to be at least four or five years too. Is Fallout 76 really going to tide us over that long?
Wrangle

Makeover of Duty
Surprised to hear that Call Of Duty might be returning to WW2 with this year’s game. Call Of Duty rumours are almost always true too, so it’s probably a definite. What I was going to say is that, to me, Call Of Duty seems a bit lost at the moment, like it’s lost its cohesion and just seems to be doing things at random now. To me it seems to be acting like a franchise in its death throws, creating sequels and remakes to sub-series that seemed to be over and not coming up with anything new. And yet it’s completely the opposite to that and Call Of Duty has rarely been as popular.

As far as I can gather this is mostly due to Warzone, one of the few games to ride on Fortnite’s coattails and end up as almost as popular. I suspect that older fans like me have fallen away but they’ve been successfully replaced by younger ones by offering something that, outside the core gunplay, is very different.

It’s hard to think of many other franchises that have done that, as most of the ones that have been around a long time are still pretty much still the same thing. Zelda: Breath Of The Wild is the only one I can think of that’s change the actual gameplay rather than just taken advantage of new technology, although time wil have to tell whether it’s a new direction or more of a one off.
Pyecroft

Room for one more
Am I the only person who watched the new Mortal Kombat trailer and wondered why the main protagonist seems to be a new, never before seen character, rather than one of the series traditional heroes?

Yes, it does look unusually good for a video game movie but surely, if there’s one franchise that isn’t short of existing characters to craft a compelling, darkly serious or utterly daft and satirical narrative around, it’s Mortal Kombat. Who is this new guy, and why do we need him?
yourhomeisatrisk

GC: At first, we assumed he was Johnny Cage but apparently, he’s called Cole Young and is being hunted by Sub-Zero because of his ‘hidden lineage’. You’re right, it is a bit weird.

‘One of the worst games’
I am so disappointed because Zelda: Twilight Princess HD and The Wind Waker HD didn’t get announced. I wanted more Sonic games like Sonic The Hedgehog 2006 to come back, so this time Sega can fix all the performance issues.

Skyward Sword is one of the worst games I’ve ever played because you can’t walk to another part of the surface below, you have to head back to the sky and head to another location down below. I wanted a Twilight Princess remake because of the Cave of Shadows. Twilight Princess was a great adventure I’ll never forget. Please tell Nintendo that fans like I were sad to know that it didn’t get announced. We need more Sonic games on Switch, like Sonic And The Black Knight 2 or a Sonic 2006 remake.
Anon

A year of Zelda
My 2021 Nintendo theory for The Legend Of Zelda 35th anniversary:

I could also see the pair of Spirit Tracks/Phantom Hourglass swapping out one or more of the above.

GC: Breath Of The Wild 2 was never confirmed for 2021 so it wouldn’t really count as a delay. We doubt it will be out this year though.

Cheap at half the price
Thank you for your recommendation of The Pedestrian, it’s a great little puzzle game.

I’m playing through it with my eight-year-old son, he’s loving it.

Well, I say I’m playing it, I’m watching him play it and then taking over when he becomes stumped.
It’s very pretty and the music is quite soothing.

Also on the go is Star Wars: Squadrons which is well worth £30 of anyone’s money, quite tricky to control but once you settle in to it it’s fun.

As I’ve nearly finished it I was on the lookout for what to go for next… the PlayStation 5 I’ve pushed back till Christmas time, stock and controller issues should be sorted by then.

Hitman 3 and Resident Evil Village are looking promising but I decided to try Metro Exodus.

Have never played a Metro game before, was going to buy it from Amazon for £25 which seemed a very good price, until I switched to the dark side and checked a digital copy on the PSN Store. £12! Surely I can’t go wrong at that price?
Rolph

Becoming canon
I could actually see a Destiny TV show doing pretty well. It would be a good way to get some proper story into the game and if it looked like The Mandalorian I could see it being popular with people that don’t even play the game.

What occurred to me though is that they could have some of the background Guardians be those of actual players. That seems like it would be easy to do and would be a really cool bonus for fans. Heck, I’d like it and I haven’t played the game for years.
Vulture

Games Inbox: Would you buy The Legend Of Zelda 3D All-Stars?

Dissecting Inklings
As nice as it is to see Splatoon 3 being confirmed, the reveal of the 2022 release made it hard to get that excited about. The trailer did feature some interesting titbits though. Being able to decide exactly where you enter the stage will make a definite difference, the bow looks an interesting addition and, this is purely conjecture, but I reckon the size of Splatsville suggests it may act as the hub for the whole game rather than having a separate hub for the single-player. I think having a more intricate, interconnected hub with different sections opening up as you play through and lots of secrets would be a good way to go.

Probably the most mysterious new feature though was your little buddy. What are they for? I can’t imagine they’re part of the multiplayer and the brief amount of footage shown didn’t seem to feature them. Which would suggest they are part of the single-play. But even then I can’t quite imagine how they’d feature, especially in the linear, assault course style levels of the original two games. This is another leap but maybe having a companion is suggestive of a more expansive single-player mode? I hope so! Splatoon 2’s Octo Expansion was a great improvement but there’s definitely still lots of room to grow.

Hopefully, whatever Nintendo do they manage to surprise us. I’d love to see a brand-new mode introduced in the same way Salmon Run was for number 2. Although I’m not entirely sure how they’d go about it, a battle royale mode could be interesting, especially a solo based one. That’d be an intriguing alternative to the genius that’s already there.
Ryan O’D

GC: The little buddy could be an optional co-op character for another player, Nintendo are always keen on that kind of thing, as Bowser’s Fury illustrates.

Inbox also-rans
For the person that said Goemon was their favourite long-running franchise in the recent Hot Topic, Konami just updated this page. I’m not sure whether that counts as Inbox magic or not.
Coral

Was just wondering if there is any news when we will get an update and info on when we can upgrade our PlayStation 5 SSD and which we can use. It’s been four months now and getting feed up of having to delete games when I play a new one.
David

GC: We don’t think Sony has said anything more about it recently.