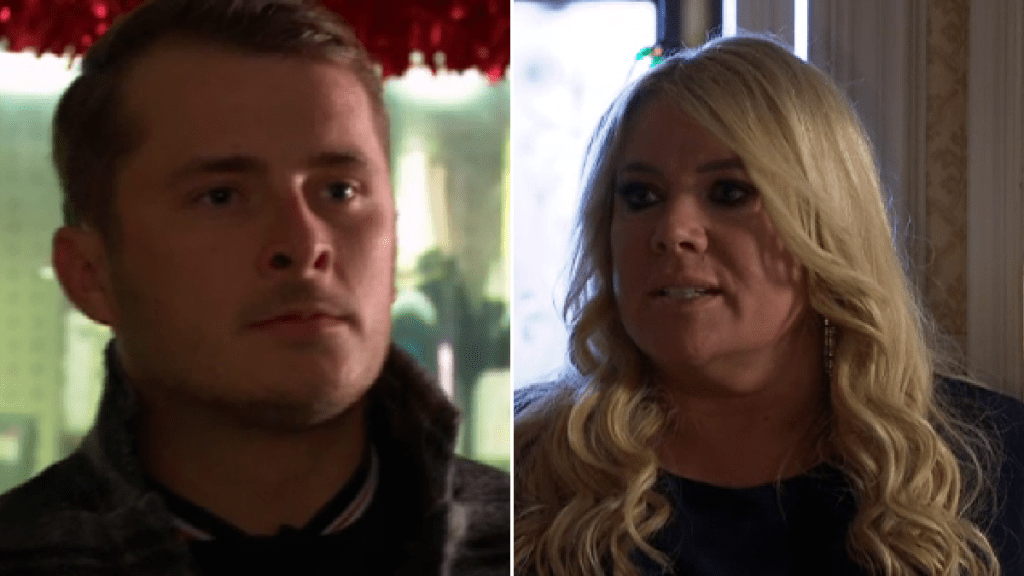 Ben Mitchell (Max Bowden) jumps to the wrong conclusion in EastEnders, and ultimately takes his anger out on an unsuspecting Sharon Watts (Letitia Dean).

Viewers will know that Kat has been spending too much time in Phil Mitchell’s (Steve McFadden) company following their sexual encounter earlier this week, and therefore she spies an opportunity to help her new, uh, beau out.

As Phil meets with Stas, he receives a text message from Kat containing all the necessary information he needs, which he then uses to his advantage.

Afterwards, Stas makes his decision, and therefore turns Kheerat down — just as Phil and Ben arrive to gloat.

Phil thanks Kat for the tip off, and Kat struggles to admit her feelings, and thus walks off.

Later in the week, the Mitchell hard-man reveals to Kat that he and Sharon are over for good, but they’re interrupted by Ben, who’s taken aback to see Kat present.

Kat makes her excuses and quickly dashes off, but when she overhears Ben insulting her — and Phil agreeing with him — she’s left crushed.

As she sulks over Phil’s actions, she spots Stas, and an idea soon forms.

Later, Stas approaches Ben, and reveals that he knows Ben has been calling him names. Therefore, the deal is off and he’s signed with Kheerat instead!

Ben is fuming, and — at The Queen Vic — he jumps to the wrong conclusion, and assumes Sharon and Kheerat have been conspiring against him!

He’s furious, but as his anger bubbles, Sharon attempts to defuse the situation. However, she ultimately makes matters worse.


MORE : EastEnders spoilers: Is Tina Carter still alive as she is suddenly spotted?