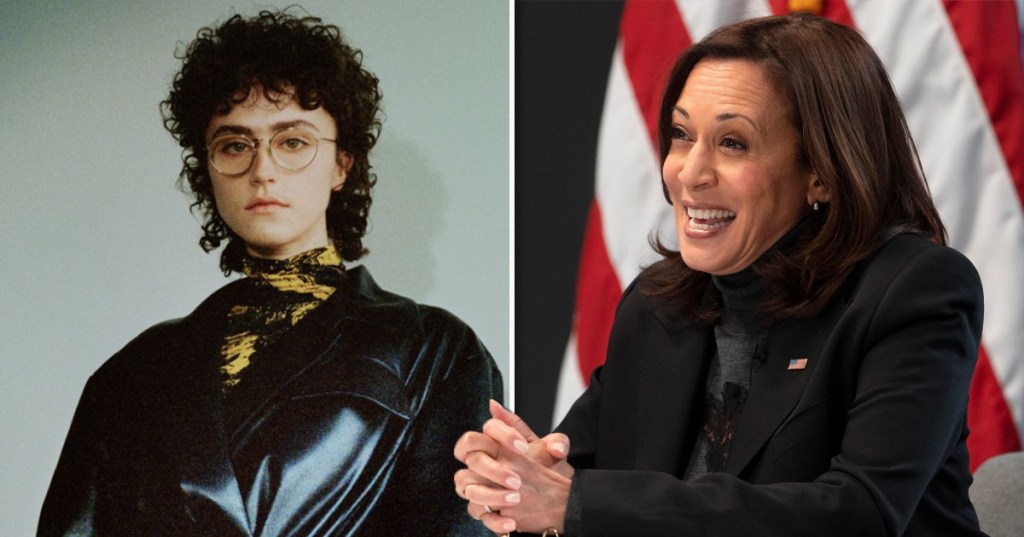 Ella Emhoff, the stepdaughter of Vice President Kamala Harris, has made her catwalk debut at New York Fashion Week.

The 21-year-old, who is the daughter of Kamala’s husband Doug Emhoff, walked for Proenza Schouler on Thursday in her first catwalk appearance since signing to a major agency.

Ella was snapped up by IMG Models in late January, and admitted she didn’t see a modelling career happening while she was a college student.

She told the New York Times: ‘I was pretty surprised when everything with IMG was happening because when I was younger, I never saw that as being part of my timeline.’

Ella was seen wearing three different looks for the brand as she walked in Fashion Week for the first time, alongside the late Paul Walker’s daughter, Meadow Walker.

It’s not her first foray into the industry, however, as Ella – who is a student at Parsons School of Design – had been dipping her toe in to the modelling world on and off for a year with another agency.

Her big break came after she was spotted by the president of IMG Models, Ivan Bart, for her stylish presence at the inauguration of Joe Biden as President of the USA,

If you agree with Trump more than Biden on trans rights, something’s wrong

He added to the paper: ‘It’s not really about shape, size or gender anymore. Ella communicates this moment in time. There’s a cheekiness and a joy she exudes.’

It’s no wonder Ella’s style has been noticed as her stepmother Kamala was also regularly lauded for her impeccably sharp attire throughout the presidential campaign, not to mention the barriers she broke as the first female VP.