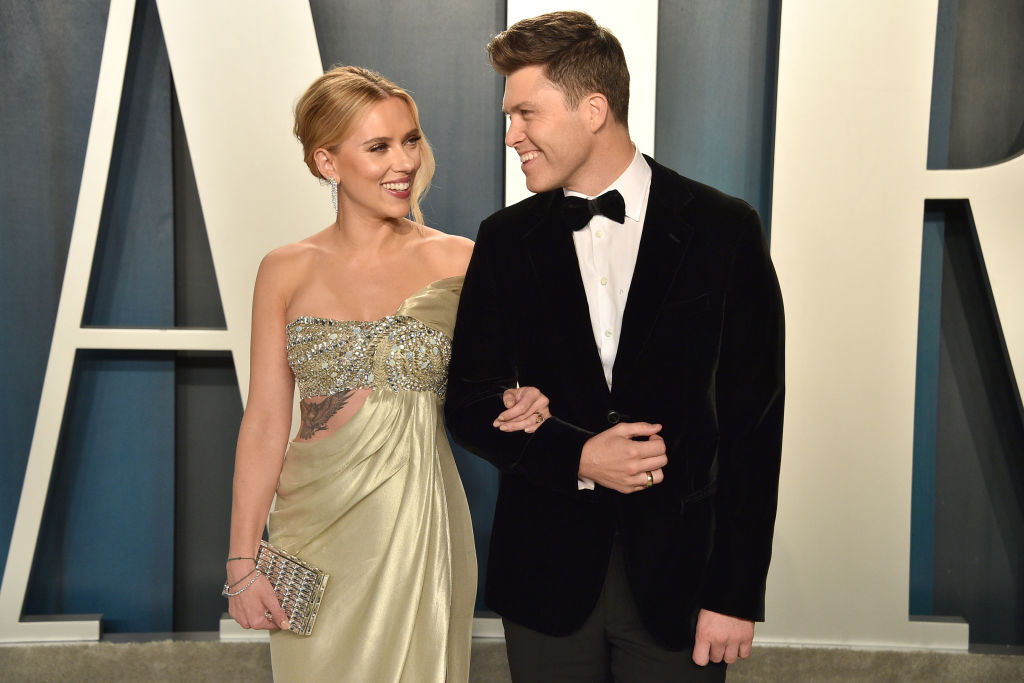 Colin Jost confessed he took a back seat when it came to planning his wedding to Scarlett Johansson.

The couple, who dated for three years, tied the knot in an intimate ceremony in October 2020.

Insiders have claimed that they only figured out the details ‘for a few weeks’ before the big day, which was announced in a statement from Meals on Wheels America.

In an interview with Entertainment Tonight the Saturday Night Live star said he didn’t mind not being fully involved with organising everything.

Colin shared: ‘I’m very happy to rely on someone who has a lot better taste and knowledge of things. That’s sort of what I’ve learned in general in my life. I’ve never been like, “Oh, should I wear this shirt?”…I never know, so I always would rather someone else tell me.’

He added that finding the right partner was more important than the wedding, calling it a ‘way bigger decision’.

‘I was much happier about getting [that] right than any of the other’ Colin said.

Not only did they get married according to Covid-19 guidelines in the US, but they have navigated their first year of marriage during an unusual time.

Sharing that newly wedded bliss was going ‘good’, the actor said: ‘If you can make it through this situation, it seems like a very good sign.’

The Avengers: Endgame star was recently spotted strolling through New York with her wedding band visible on her left hand.

Scarlett started dating Colin in the summer of 2017, with the lovebirds confirming their relationship in September of that year.

The Black Widow actress is fiercely private about her personal life, but has said in the past that their relationship is ‘happy and fulfilling’.

‘I’m just in a good, creative phase and I’m in a very happy, fulfilling relationship,’ she told Extra at Elle’s Women In Hollywood event in Beverly Hills.

She added: ‘And I have a beautiful, very healthy, and inspiring daughter, and things are great.’


MORE : Dancing On Ice deny plans to bring back former celebrities as five stars are forced to drop out