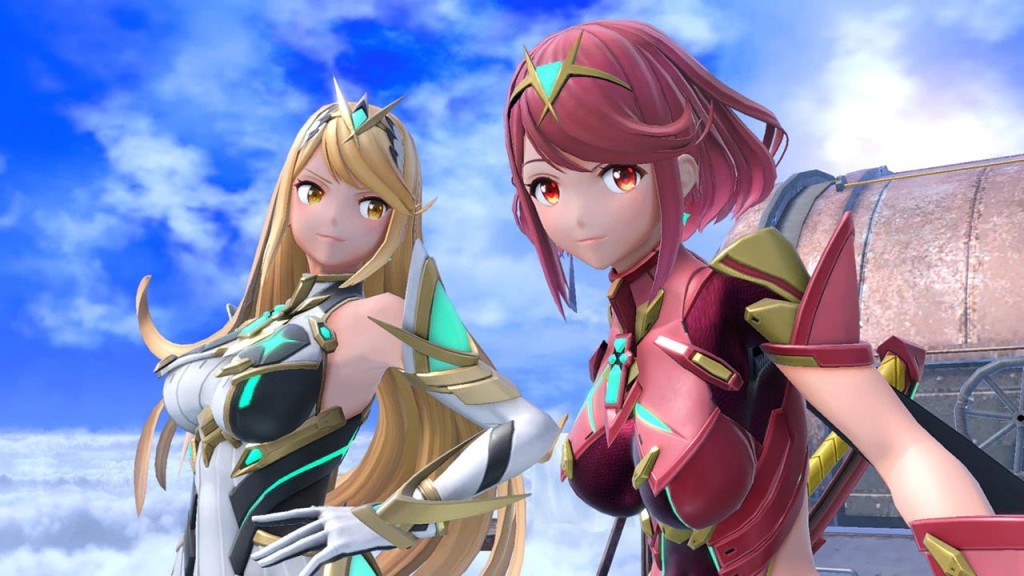 The new DLC fighter for Super Smash Bros. Ultimate is someone no-one ever imagined, and absolutely not Ryu Hayabusa from Ninja Gaiden.

Fans guessed at everyone from Doomguy to Tracer from Overwatch but in the end the fourth fighter to be added to the Super Smash Bros. Ultimate Fighters Pass Vol. 2 is Pyra/Mythra from Xenoblade Chronicles 2.

Main character Rex is already represented in the game as a costume, that came as free bonus with Fighters Pass Vol. 1, and seeing as Shulk from Xenoblade Chronicles 1 is already in the game, and there’s a noted lack of female characters, Pyra/Mythra does make plenty of sense.

They also seem to have a more interesting gimmick than just being a guy with a sword, with their ability to switch forms between each other reminiscent of the way Zelda/Shiek and Samus/Zero Suit Samus used to work in the earlier Smash titles.

The DLC was the first thing to be announced in the new Nintendo Direct and while there weren’t many details offered you can see in the trailer the special attacks and speed of the characters changes drastically depending on which one you’re playing as.

Rex is also involved as an assist character in their Final Smash and so while the characters do seem a little obscure they seem to have an interesting fighting style.

Their inclusion is also a good sign that Nintendo intends to make more Xenoblade games, although, as ever, trying to understand Nintendo’s logic rarely proves reliable.

Pyra/Mythra will be released sometime in March and that means there are now only two other DLC slots left after them.

Clearly, it’s impossible to guess who might fill them but one of the few reliable sounding rumours was that Ryu Hayabusa from Ninja Gaiden would be included, with the same rumours claiming that a three-game Ninja Gaiden compilation was coming to Switch.

This week’s Nintendo Direct proved that part of the rumour correct but the fact that the announcement of Ninja Gaiden Master Collection came and went with no hint that Ryu would be added to Smash probably suggests that he isn’t going to make the cut.

However, Ninja Gaiden Master Collection (which is also coming to Xbox One, PlayStation 4, and PC) won’t be released until June 10, so there’s still a chance he’ll be revealed then – especially if Nintendo are behind on the DLC because of the pandemic and have got their announcements out of synch with other company’s release schedules.