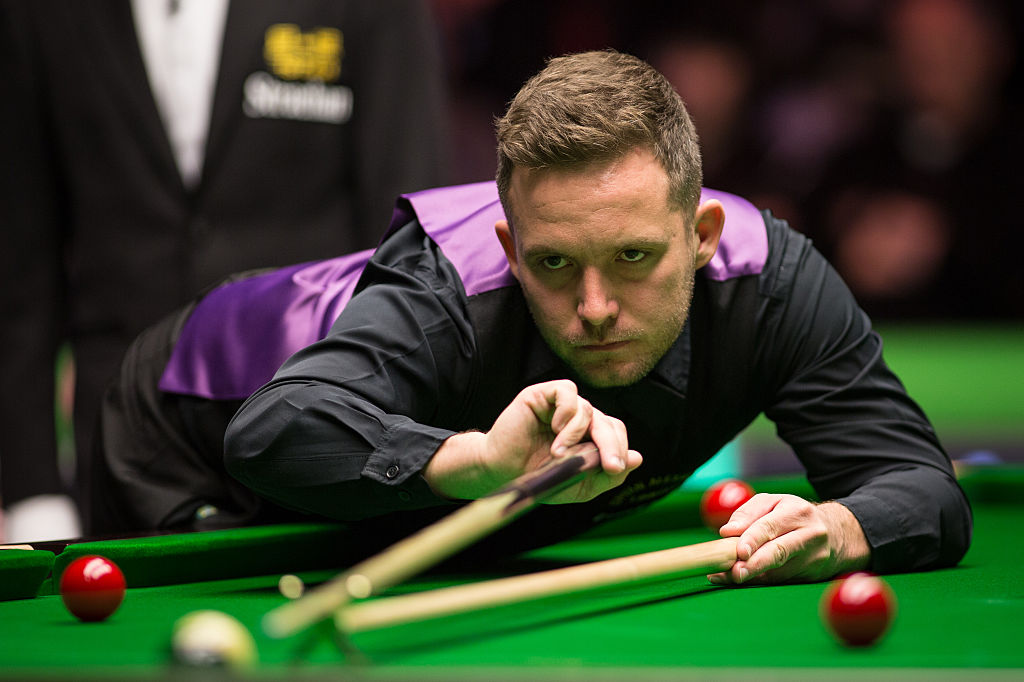 Jamie Jones has returned to professional snooker with a bang this season and feels he is a better player than he ever has been as ‘the worst period of his life’ has taught him to appreciate every second of his dream job.

The Welshman was handed a 12-month ban from the sport in October 2018 for failing to report a corrupt approach made to former professional player David John.

Jones was cleared of match-fixing, but even after an appeal his year-long ban stood and he remained out of the game for nearly two years as he waited for his chance to get back on tour.

He took that chance at Q School last year and has not looked back, reaching the semi-finals of the Scottish Open in December, the fourth round of the UK Championship just prior to that and winning his opening match at the Welsh Open on Monday in impressive fashion.

While he would clearly not wish to go through the turmoil of losing his career again, he feels that the time away from the game has helped him come back even stronger.

‘It was the worst period of my life, but looking back on it I made the correct decisions,’ Jones told Metro.co.uk. ‘I didn’t sort of squander my time away, I took time to reflect on if I got back to play, how I was going to approach it.

‘I feel a lot better in myself, I’m enjoying playing which is massive under the pressure, if you don’t like the pressure and don’t enjoy it, it’s a tough old time.

‘Long may it continue. I wouldn’t like to go through what I did again, but it’s been the making of me. I’ve never felt as good in myself as what I do now. So I’ve made the correct decisions and I’m proud of myself.’

Ronnie O’Sullivan: I want to do a Ken Dodd, he toured until the day he died

Lisowski on Welsh Open opener: ‘It’s cool to be in control, lose the plot then come back’

Jones has shown remarkable consistency for a player that was off the circuit for nearly two full seasons and finds himself on course to make the Players Championship next week, a tournament comprising the top 16 players on the one-year ranking list.

If he does make it into that prestigious event then it would be an incredible achievement and one he admits he didn’t see coming.

‘I know I can play the game, I know I can get results, but .starting the year I didn’t have a clue what I was doing out there,’ Jones said after beating Yuan Sijun 4-1 at Celtic Manor.

‘I was completely lost. I was trying to remember how to play the game and a couple of results now have settled me down,

‘I’m practicing really well like I always do. I’m just pleased now, this is my first proper game since Christmas and that was a pleasing win for me, probably one of the best sessions I’ve played all year. Hopefully it’s getting better.

‘I’ve got a good chance of getting in the Players Championship next week in the top 16. I can’t try any harder, I always try, sometimes too hard which goes the other way then, you don’t bring your form out, but I’m just bubbling nicely now, I feel like I’m playing well. I’m just going to continue the way I’m going now.’

The time away due to the ban was a huge blow to Jones and hit him hard mentally, but he kept himself busy working away from snooker and credits his job cutting grass for the council as a crucial part of getting him through the tough time.

It has also helped his snooker now he’s back on tour as life as a professional seems all the better after the job he took on while serving his ban.

‘I just think I’ve always been capable of these results and maybe a bit of time out has given me a new perspective on the game,’ he said.

‘I’m playing well, I think I appreciate now being a snooker player more than ever. It’s not a chore for me to come and grind games out, I’m just happy to be here. I’m trying so hard, trying so hard in practice and it’s finally paying off for me, perhaps.

‘I feel like I’m a better snooker player than I ever have been. Sometimes you get periods where you just don’t bring your form out, you suffer under the pressure. It’s such a mental game in that way, you’re doing everything right but nothing works. At the moment everything works so I’m just trying to ride it out and get a good couple of results under my belt.’

Three times a ranking semi-finalist, Jones is yet to claim a maiden ranking title but would love to do it in his home event this week, especially as a tribute to Welsh icon Doug Mountjoy who sadly passed away on Sunday.

Jones takes on Mark King in the second round on Wednesday.


MORE : Ronnie O’Sullivan: ‘I want to do a Ken Dodd, he toured until the day he died’


MORE : Brian Ochoiski: For France it’s a beautiful thing for me to play snooker