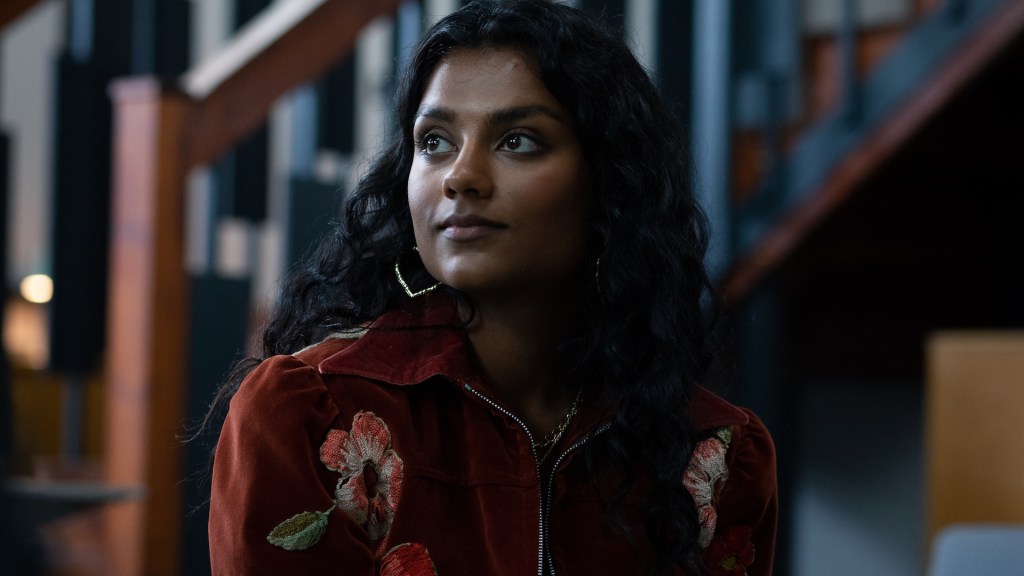 Bridgerton season two has cast Simone Ashley as the female lead, it has been reported.

According to Deadline the Sex Education star will play Kate Sharma, the love interest of Anthony Bridgerton (Jonathan Bailey).

The new season of the Regency-era Netflix drama, loved by fans for its costumes and sizzling chemistry between its main stars, will continue its conversation about race as Anthony and Kate navigate high society.

A description of her character reads: ‘Newly arrived in London, Kate is a smart, headstrong young woman who suffers no fools — Anthony Bridgerton very much included.’

Simone, who plays Olivia in Sex Education, and Jonathan will be the focus of season two, taking over from Phoebe Dynevor and Regé-Jean Page as Phoebe Bridgerton and Simon Basset.

The show’s creator Chris Van Dusen previously confirmed that Simon and Phoebe will pop up a lot less going forward.

He said: ‘They are the Duke and Duchess of Hastings but they will always be Bridgertons and I think they’ll always be a part of the show.’

However the focus will be on the eldest Bridgerton.

Chris shared: ‘Season two we’re really going to be with the eldest Bridgerton brother. We left him at the end of the first season in a bit of a crossroads so I’m looking forward to jumping in and discovering how he fares on the marriage market.’

Bridgerton is available on Netflix.


MORE : Inside Michael B Jordan’s first Valentine’s Day with Lori Harvey as he rents out entire aquarium in epic surprise