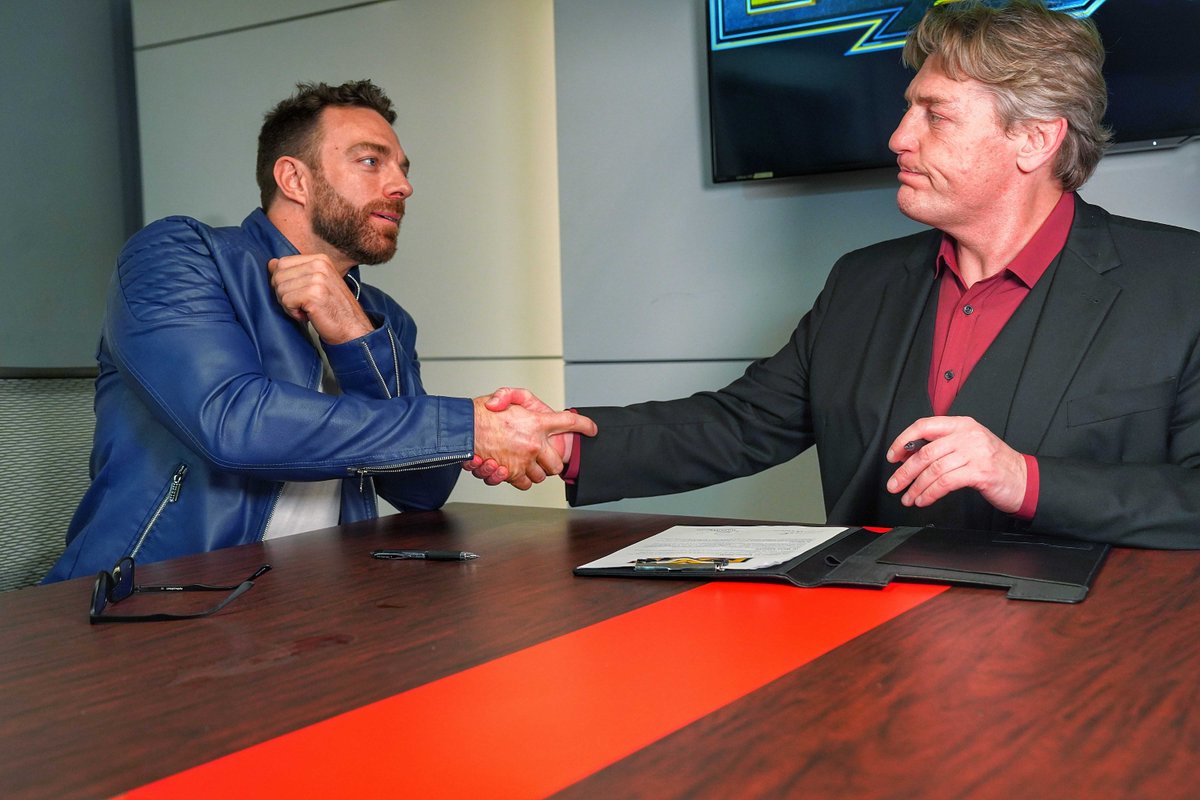 The wrestling legend – whose real name is Paul Levesque – had some very kind words for the former IMPACT Wrestling star following his return to the company, and his first appearance on the black and gold brand.

Speaking to media including Metro.co.uk after Sunday night’s NXT TakeOver: Vengeance Day show, he said: ‘I’ve been a fan of his since he was here the first time. There’s a lot of reasons on his side and our side as to why that didn’t work out that time.

‘Phone calls were made, interest was on both sides and it just went from there. It was smooth and easy.

‘He wants to be in a place where he can have the biggest platform in the world – that’s here. And I wanna give it to him.

‘So we’re gonna run with it and see where we can go. There is no ceiling.’

The Game also insisted nobody comes into the company with a set barrier for their possible end game, and noted it’s down to a number of factors – including the wrestler themselves.

‘I don’t think that there’s a ceiling on anybody when they walk through the door,’ he explained.

‘My hope is that all of them have the potential at one point of time to garner whatever they need to become as big of a performer as they can be here.’

*WWE NXT airs every Wednesday at 1am on BT Sport.