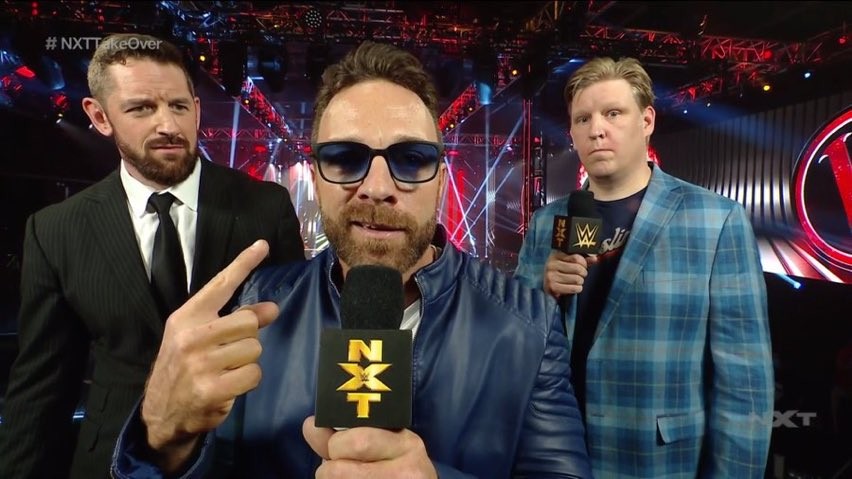 Eli Drake has officially made his WWE return with a shocking appearance at NXT TakeOver: Vengeance Day – and he’s now known as LA Knight.

The former IMPACT Wrestling World Champion – who made his name in the rival promotion with a run spanning four years until his departure in 2019 – has arrived on Triple H’s black and gold brand.

During the TakeOver Kickoff show, Knight stormed the stage and interrupted the panel, showing off his undeniable charisma as he made his presence felt.

The smooth talking superstar made a statement as he warned British wrestling legend Wade Barrett that he’d bring him out of retirement just to send him back in if so much as looked at him in the wrong way.

It’s unclear where Knight – who has an unsuccessful spell with WWE from 2013 to 2014 – will start on the brand, but with a long list of title reigns he’s certainly got the pedigree and talent to be a huge success.

The Kickoff certainly did its job ahead of an absolutely stacking Valentine’s Day show with a stellar card from top to bottom.

In a dream match, KUSHIDA is set to take on Johnny Gargano, while the NXT Women’s Champion Io Shirai puts the gold on the line in a triple threat against Toni Storm and Mercedes Martinez.

Meanwhile, Finn Balor defends his NXT Championship against Brit Pete Dunne, a man who is looking to cement his legacy as one of the best from these shores.

There’s also the Dusty Rhodes Tag Team Classic to take care of, with the opening match pitting Dakota Kai and Raquel Gonzalez against Shotzi Blackheart and Ember Moon in the women’s final.

Over on the men’s side, rising stars MSK – Nash Carter and Wes Lee – are hoping to knock off Grizzled Young Veterans duo Zack Gibson and James Drake.