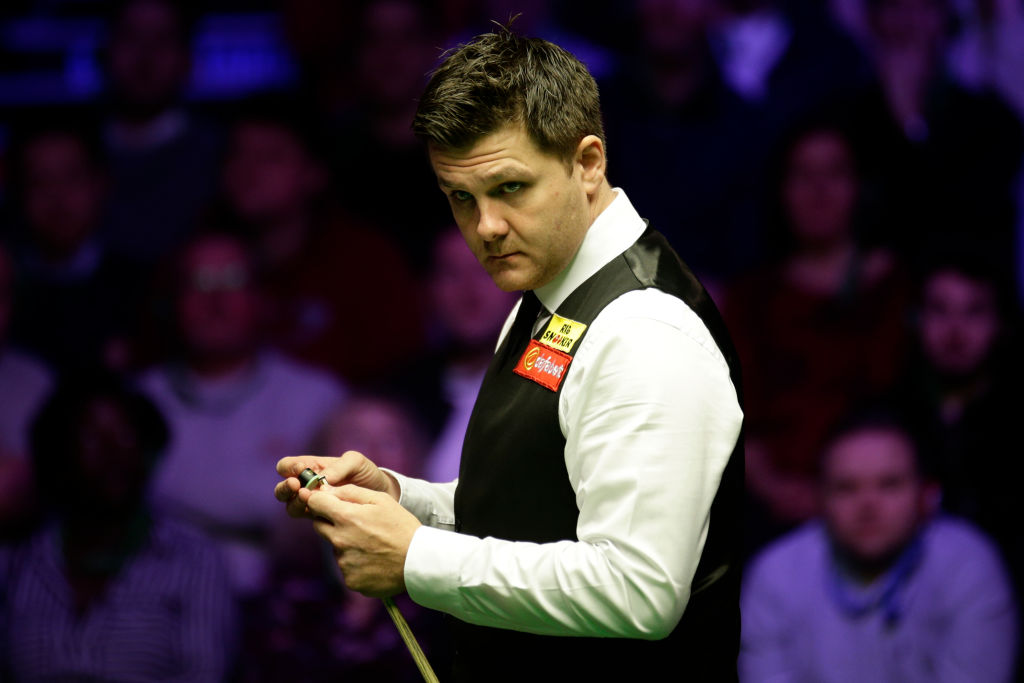 Ryan Day was letting his snooker career slip through his fingers thanks to a mix of complacency and bad luck, but the unexpected bonus of a Shoot Out title has saved his skin and reinvigorated the Welshman.

Three times a World Championship quarter-finalist, Day has been as high as number six in the world rankings and a stalwart of the top 32 over the last 15 years.

Results have been hard to come by in the last two seasons, though, and no player is immune to the perilous tumble down the rankings if they don’t pick up wins.

Dynamite didn’t make it past the second round of a ranking event last season, which seems crazy, but his results didn’t pick up at the start of this campaign either and he went into the Shoot Out ranked number 50, genuinely concerned for his place on tour.

Seven frames later he was £50,000 richer, back up to number 32 and with a new lease on his snooker life.

Considering in 2018/19 Day reached four ranking quarter-finals and the final of the Gibraltar Open it was a remarkable fall from grace and he knows why it happened.

‘I think it’s the way I live my life, I get a bit complacent if I ‘ve done well,’ Day told Metro.co.uk. ‘It’s a trait that’s been with me since I was a kid, really.

‘If I’ve done well I tend to sit on it without pushing on, it’s a flaw in my character. But two years on I was desperate for something to happen and it’s a bonus it’s come at this weekend event that no one was expecting.

‘I was in a pretty dire situation ranking-wise. Someone mentioned to me I might be number 57 provisionally at the end of the season. I didn’t realise it was that low,

‘It was a real possibility if I’d lost early in the Welsh and then Gibraltar, because I have final points coming off, so I’d be going to the World Championship under all sorts of pressure to stay on the tour.’

The Shoot Out win came at the perfect time as Day’s ranking was slipping and his morale was at a serious low after losing 5-4 from 4-0 ahead to Barry Hawkins in the German Masters in January.

Tossing away such a lead was brand new to the brilliant cueist from Bridgend and although he admits it hit him hard, he was never going to accept that he was doomed to slide off tour.

‘People can resign themselves to defeat sometimes, when they’re on a bad run, you can hear it when you speak to them, but I was never going to go down without a fight,’ Ryan continued.

‘That game against Hawkins was in the top three of my worst defeats as a professional, but maybe that was the kick up the backside that I needed.

‘I didn’t play great before the interval, I was just picking up on Barry’s mistakes. After the interval I couldn’t get in with a good chance until I think 4-2 I wobbled one I should pot and from then it was a bit of a blur to be honest, even the next day-and-a-half was a blur. It was a low point but then obviously the Shoot Out was probably the perfect tournament to go into next, no time to think about anything or dwell on it.

‘I’m hoping to build on it now at the Welsh, Gibraltar and the World, the Cazoo series as well.’

As Day made his way to the Shoot Out title it was remarked that his position at number 50 in the world seemed entirely false, but he now knows how easily rankings can change.

‘The last few years, the way the rankings work, you see some players crop up and you think, “Christ, how are they there?”’ Day said.

‘Not just myself, but if you don’t win matches and get to the business end then you can drop down quickly. Especially when two years ago I was getting to quarter-finals the odd final, they obviously come off.’

As with most players when they talk about the Shoot Out, Day has a certain reluctance to take full credit for the ranking title he has earned, given the unique format of the event.

It is a tournament he has always supported, though, and he knows it took a certain skillset to get his hands on the trophy, which he will proudly display alongside his other two ranking titles.’

‘The Shoot Out is always fun, and obviously made a lot better with the result,’ he explained. ‘You can never go there with any high hopes, you just try to enjoy it and hopefully get the rub of the green, play well and that’s what can happen.

‘They say anybody can win it, I don’t think that’s true. You’ve got to be a certain type of person. Able to keep calm when the beeps start going, it can get you at it and you need to get past that and you need to play well as well. It’s all come together perfectly at the weekend.

‘It’s just something that is completely unexpected. I suppose it is the Shoot Out but its’ been a great event that I’ve supported over the years. Personally I don’t agree with it being a ranking event but whilst it is, I won’t be turning my nose up at the points. It’s come at the right time for me in my career and hopefully I can build on it now.’

Day’s recent results have not been helped by the disruption of a positive Covid test at the UK Championship and a long period of uncertainty with his cue, or rather his cues.

‘I got this one just before summer when the Championship League started,’ he explained. ‘It’s the same cue-maker in Thailand, same size, length, weight, shape, but it’s a one-piece which I’ve never used before.

‘I’d had the previous one about 18 months. I had a cue off him that I won Riga [Masters] with and he was doing work on it and snapped it, so I’ve been through six or seven cues of his since he snapped that one. Fingers crossed this is the one now.’

His cue changes are hopefully behind him and his failed Covid tests should be as well after a very poorly timed one in December.

‘Failing the Covid test at the UK was a disaster, the second biggest event, it’s made the season very stop-start,’ said Day.

‘It was my best pal’s dad’s funeral on the Friday. I’d been to the funeral and had a few too many Guinness. I just thought I was groggy from that, thought nothing of it, slept it off.

‘I took the test and on the Monday morning, tap on the hotel door, I knew what it was and I’d failed. Pretty much booted straight out and quarantine for 10 days. It was like being evicted, straight in the car and home. I had a headache a few days later for a day, after that I lost my smell and taste, but wasn’t really ill at all. I thought something wasn’t right, I squirted loads of aftershave on my hand and couldn’t smell anything at all.’

Health concerns behind him, Day heads to his home event, the Welsh Open, this week looking to cash in on the confidence he has built up at the Shoot Out.

He will not have the home fans cheering him on at the new venue of Celtic Manor, with the event going on behind closed doors, but that may be no bad thing.

‘It’s a great place, obviously the Ryder Cup there, the hotel, the golf course, the facilities are second to none,’ said Day.

‘I’ve never really enjoyed the fuss around people wanting to come [to the Welsh Open]. That’s probably why I’ve got a terrible record in it. People ringing up for tickets all the time, it gets on my nerves, but nobody is there this year so I’ve got no excuse. It’s right up to the morning of your match, people pestering you for tickets. You want to say, “just buy a ticket, it’s five quid!”

‘It would be nice, it would be nice to win your own tournament, so to speak. But obviously I’m just excited to be playing after last weekend, my confidence should be good so we’ll see what happens.’

Back on the right track and more confident than he has been for two years, Day is a threat once again and will be this week in Newport.


MORE : Ryan Day thought career was in the balance before dramatic Snooker Shoot Out win