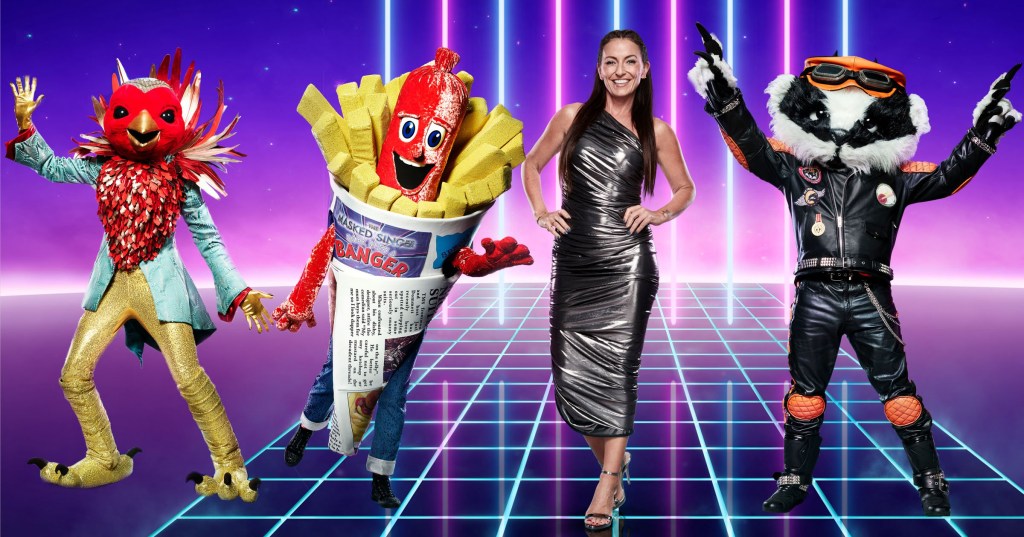 Davina McCall has said she will not be letting slip who won this year’s series of The Masked Singer until the final is broadcast – despite one of her daughters pleading with her to reveal all.

The ITV series was pre-recorded months in advance, so Davina and her co-stars Rita Ora, Jonathan Ross and Mo Gilligan all know exactly which famous faces are hiding behind each costume – and which one went on to win the grand prize.

And although her children have been begging their mother to be let in on the secret, the TV personality has not told anyone.

Speaking to The Sun, she explained: ‘Holly, my eldest daughter, watched it with me a couple of times before she went back to uni. She was like, “Is it blah blah?” I was like, “Holly, you know me so little.”

Davina also spoke of the show’s great success with viewers, as she reckons that it’s a hit because it doesn’t make fun of people, but rather celebrates them for their talents.

She continued: ‘The thing about The Masked Singer is there are no losers.

‘Everybody is seen as a winner and a little bit like what we really wanted to achieve with Big Brother – that every housemate that took part in that TV programme, when they came out whether they’d been a villain or a hero, everyone deserves the utmost respect.

‘In this show, whether you come out first or last, everyone’s a winner. There isn’t shame in coming out first.

‘We’re just excited to see who the contestant is. It’s like, “Oh my God, take it off. Who are you?”’

It won’t be long until viewers find out who won, with Robin, Sausage and Badger being the final three contestants remaining.

Many fans think JLS singer Aston Merrygold could be Robin, while Ne-Yo has been speculated to be Badger.

Meanwhile, Sausage has divided viewers, with some suggesting it could be Stacey Solomon, while other guesses include Sheridan Smith and Joss Stone.

The show’s host, Joel Dommett, also teased a huge surprise for the final during an appearance on Loose Women.

The Masked Singer: Sixth contestant leaves as Viking is unmasked

He said: ‘One of the final three… let me put it this way, the final three are all incredible and one of them especially, no-one’s really been saying online that much. So it’s going to be a real surprise.’

The Masked Singer concludes tomorrow at 7pm on ITV.

The Masked Singer series 2: Who is behind each mask?

With the nation more or less confined to their living rooms every Saturday night, The Masked Singer has proven to be something of a lockdown 3.0 saviour.

While the performances are of course a draw, most of the fun lies in guessing just who is behind each mask.

Here are the clues and theories so far: