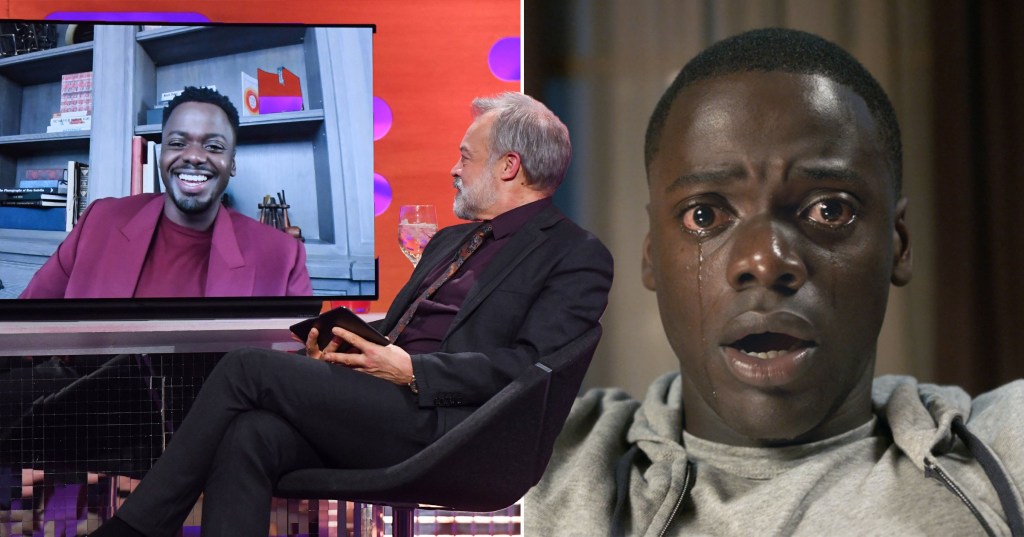 Daniel Kaluuya has claimed that he wasn’t invited to the premiere of Get Out at Sundance Film Festival in 2017 while he was filming superhero blockbuster Black Panther.

On tonight’s episode of The Graham Norton Show, Daniel, 31, was interviewed by the talk show host about his new film Judas and the Black Messiah and whether Black Panther 2 is currently in the works.

Four years after Jordan Peele’s critically acclaimed horror film Get Out was released, starring Daniel in the lead role, Graham Norton, 57, asked him whether it’s true that he wasn’t invited to the premiere.

Appearing via video chat, Daniel told him that the story was true, leaving Graham and his other guests in the studio utterly shocked.

The Widows actor elaborated further, stating: ‘On Sundance world premiere, I was in Atlanta because I was shooting Panther. I was chilling and I was like, OK, my schedule is open, and then I just didn’t get the invite man. I wasn’t invited.’

Having burst into laughter, Daniel recalled being in bed when he received a text from someone saying that the film had ‘done really well’ at the film festival.

‘Oh my god,’ Sienna Miller said in response to the story.

As Graham stated that ‘somebody f**ked up’ by not inviting Daniel, comedian Rachel Parris asked whether he’s since asked about what happened when he didn’t receive his invitation.

‘I don’t ask questions. I’m just like, I get it man. That’s cool,’ Daniel replied, as actor Adrian Lester commented: ‘That’s not cool.’

While Graham suggested that Daniel should send a ‘stern’ note about the incident, the actor added: ‘You don’t want to be in a place that you don’t feel wanted, you feel me.’

When asked about what the plan currently is for Black Panther 2, Daniel, who played W’Kabi in the first film, said that the late Chadwick Boseman will be honoured in the sequel.

‘We are going to have to honour Chadwick on it and give as much to his legacy as he gave to us, because he gave us everything. He was an incredible man with an incredible soul,’ he said.

Sienna also praised Chadwick’s ‘grace and dignity’, recalling how he donated a portion of his salary for 21 Bridges to her, having starred in the film together.

The Graham Norton Show returns next Friday at 10.45pm on BBC One.