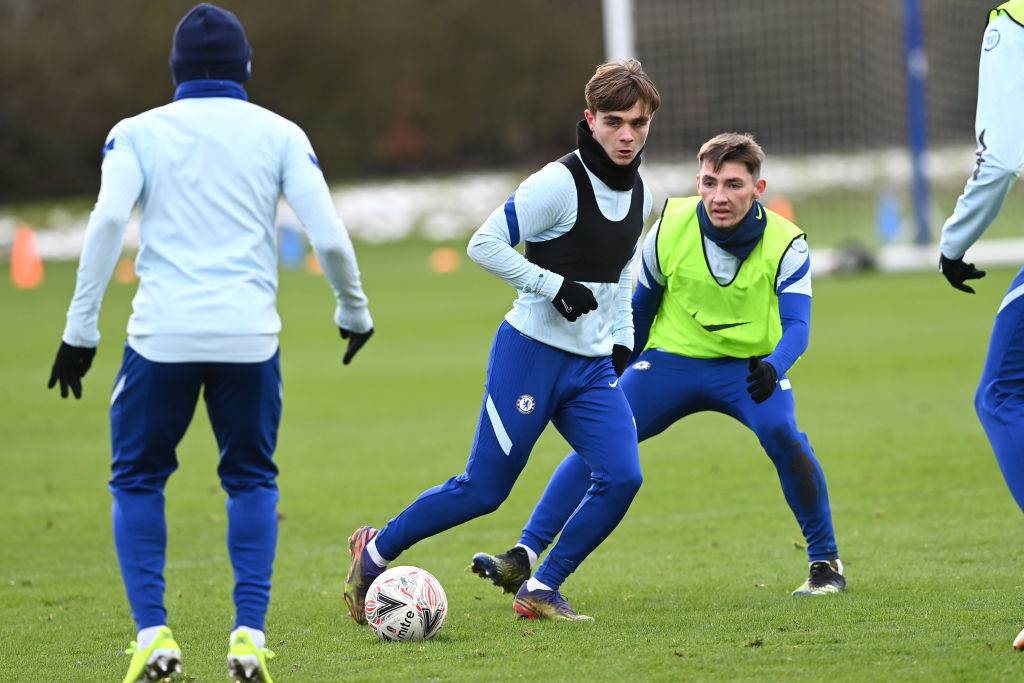 Thomas Tuchel has included Lewis Bate in Chelsea’s squad for their FA Cup clash against Barnsley on Thursday evening.

The 18-year-old has been training with Chelsea’s first team this week but is yet to make his senior debut.

Bate, who plays in central midfield, is a regular for Chelsea’s Under-23s and was named Premier League 2 Player of the Month in December.

Tino Anjorin, who has scored five goals in eight appearances for Chelsea’s Under-23s this season, has also been included in Tuchel’s squad for the trip to Barnsley.

The 19-year-old made his full debut under Frank Lampard when Chelsea drew 1-1 at home to Krasnodar in the Champions League in December.

Tuchel has also confirmed that Kepa Arrizabalaga will be handed his seventh start of the season having lost his place to Edouard Mendy at the start of the campaign.

‘This is an opportunity and hopefully he does not want to overachieve,’ said Tuchel.

‘I want him to play a normal match. He does not have to show me or anybody else that he is ready to be Spain’s No 1.’

Thiago Silva and Timo Werner, who suffered a dead leg in the win over Sheffield United on Sunday, will miss the trip to Barnsley.

Kai Havertz has also not featured in training this week and is not expected to feature.

Christian Pulisic missed Chelsea’s win over Sheffield United due to a family issue but returned to training this week.