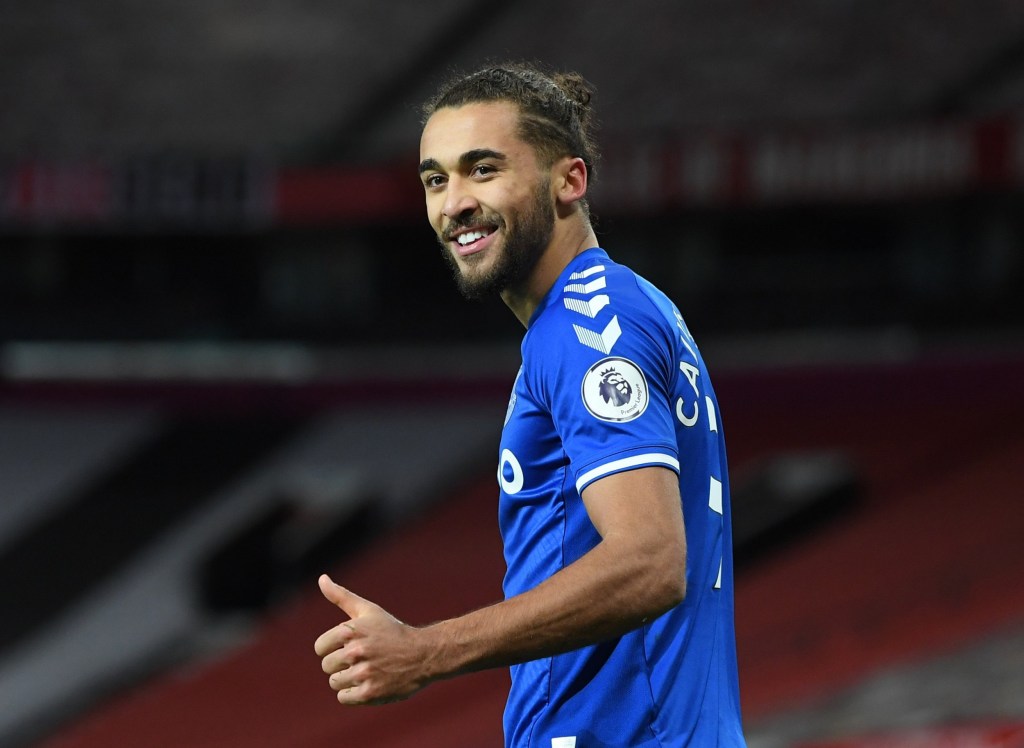 Dominic Calvert-Lewin could be an early doubt for Everton’s clash with Fulham on Sunday due to a hamstring injury.

The striker was forced off in the second half of Everton’s FA Cup victory over Tottenham on Wednesday evening.

And Everton’s assistant boss Duncan Ferguson has revealed that their leading striker pulled up with a hamstring issue.

‘It looks like he tweaked his hamstring. We’re not quite sure,’ Ferguson told BT Sport.

‘It could be a wee bit of trouble for him.’

Calvert-Lewin has been in sublime form this season with 18 goals in 25 appearances for Everton so far.

And the striker was on target once again on Wednesday night as Everton edged out Spurs in a thrilling 5-4 win at Goodison Park in the FA Cup fifth round.

The game ended 4-4 after 90 minutes with Bernard scoring the winner in the first half of extra time.

‘It was an exciting game. Tottenham started better than us and got the lead but we got ourselves back into the game,’ Ferguson told BBC Sport.

‘At 3-1 you’re thinking ‘get to half-time at 3-1’ and then they score to put us on the back foot. Exciting game, fantastic.

‘It’s 25 years since we won the FA Cup. It would be great to get to the final. It keeps your season going. We want to do well in the Premier League but the FA Cup is the one we want.’