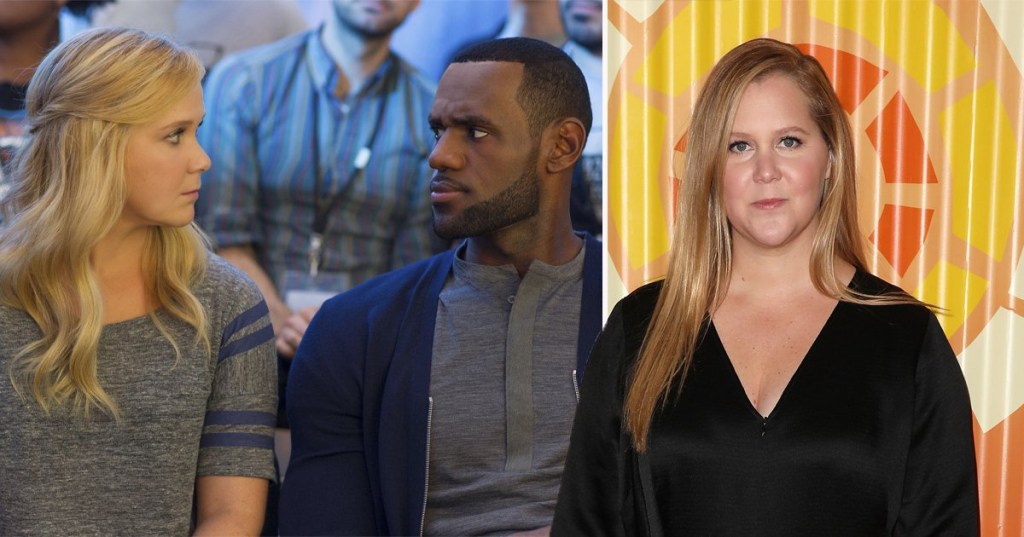 Amy Schumer and Lebron James revealed they would be so up for making a sequel to their 2015 movie Trainwreck.

It’s been six years since we first watched the rom-com that saw Amy play a magazine writer (also named Amy) who likes to drink and is known for being a little promiscuous.

It follows Amy as she finds herself in her first relationship with an orthopedic surgeon, played by Bill Hader, who’s best pal just happens to be Lebron (with the basketball star playing himself).

With Schumer at the helm, it was pretty much a laugh a minute and the movie also boasted some famous faces, with its cast including Tilda Swinton, Ezra Miller, John Cena and Marvel star Brie Larson.

Fast forward to 2021 and it looks like fans are just about ready to find out what Amy has been up too, with one person pitching a sequel to Amy on Instagram.

Keen for Lebron to make an onscreen comeback alongside her, the fans shared a snap of the two stars during a scene in Trainwreck and commented: ‘We need another film with both of you together. Trainwreck is too darn funny.’

Toying with us all, Amy then decided to repost their message and tag Lebron as she wrote: ‘@kingjames is this time next year good for you?’

Lebron’s response? ‘I think we can make that happen! Trainwreck 2???’

Erm, yes please. Amy seemed to agree with us, as she then reposted Lebron’s response and teased: ‘Legoooooooo.’

Since filming Trainwreck, Amy has become a mum and welcomed her first child with husband Chris Fischer, who she married in 2018.

The duo are parents to son Gene, one, and Amy has been known to give fans a glimpse into her family life on social media.

Last month, she was praised by her followers for sharing a nude snap baring her C-section scar following Gene’s birth. Fans commended Amy on normalising

She was recently praised for sharing an honest snap of her C-section scar following Gene’s birth, which she captioned: ‘Feeling like my c section looks cute today! #hotgirlwinter #csection.’

Fans commended Amy for the ‘brave’ post and normalising cesarean scars, with one follower commenting: ‘Whatever transported Genie on this planet is to be relished. Ps – body 🔥🔥.’

Amy has previously spoken about the difficulties she faced while in labour, describing her experience of having a C-section ‘brutal’.

Speaking on the Informed Pregnancy and Parenting podcast, the comedian explained: ‘I was throwing up through the first hour of my C-section.

‘It’s supposed to take about an hour and a half—mine took over three hours because of my endometriosis and that was really scary.’

Amy said: ‘It was kind of brutal but Chris was so great—we just stared in each other’s eyes and he just held me there. Then they let me hold Gene for a good amount of time. I got to see him and hold him.’


MORE : Robin Thicke opens up on difficult Blurred Lines era and painkiller abuse: ‘I was in a bad place’


MORE : When does Gordon Ramsay’s Bank Balance start and how can I watch it?