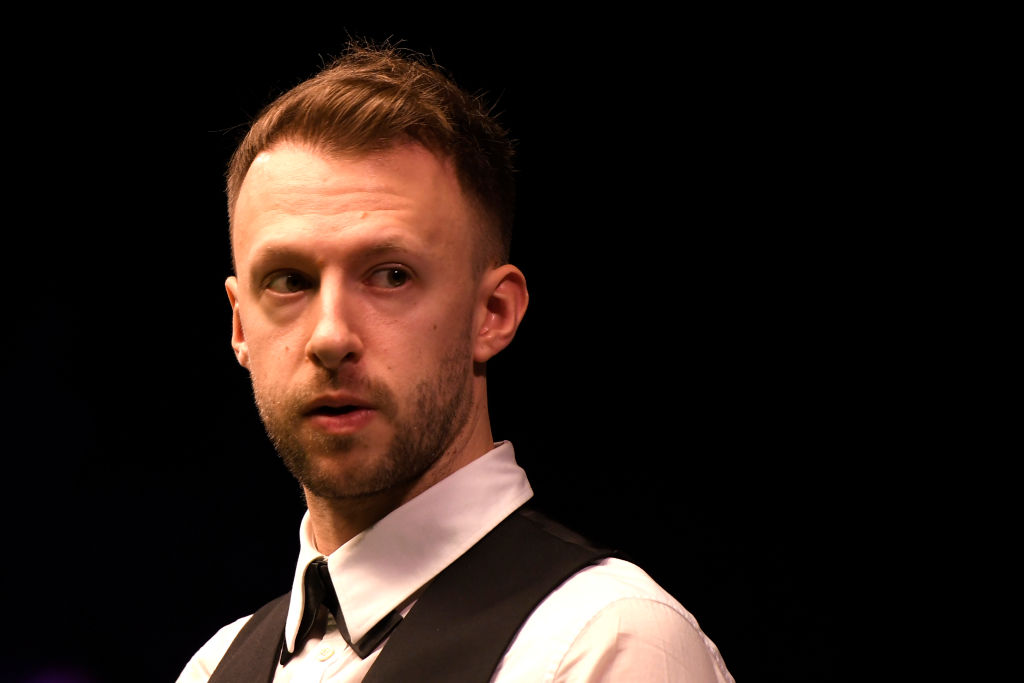 Judd Trump has no time for for anyone trying to discredit his scoring stats as he surpasses Stephen Hendry’s tally of 775 career centuries.

The world number one is now third on the list of all-time century-makers, taking his own tally to 778 at the Championship League on Tuesday evening.

Trump was in fine form as he booked his spot in the Winners’ Group with a 3-0 victory over Mark Selby in the Group 4 final.

He goes past Hendry and now only behind Ronnie O’Sullivan (1,079) and John Higgins (822), but feels that he isn’t getting all the credit he deserves.

With more opportunities available to Trump to score centuries now than were afforded to Hendry in his pomp, the Juddernaut feels his feat is downplayed in some circles.

The 31-year-old is in no doubt how impressive his own achievement is and says he is scoring as well as anyone has in the history of snooker.

‘It is special for me,’ Trump said of going past Hendry’s tally. ‘Even though people try and discredit it because there are more tournaments, but I am still probably at a better frame-per-century ratio and I am scoring as heavily as anybody has scored.

‘I have just got to keep doing my thing on the table, making breaks, playing the way I play, and just enjoying myself, playing my shots. Over the next couple of years there is a chance for me, if I can keep this form up, to win as many titles as possible.’

Snooker stats website Cuetracker does confirm that Trump has played considerably fewer frames than Hendry in amassing his century tally, showing that the Ace does have a point.

Although he has noted some negative comments, Trump is very happy with his game and even in league defeats to Jack Lisowski and Kyren Wilson, felt he was playing well.

‘I’m happy, it’s very good match practice to be in these events so I wouldn’t have minded either way [winning the group or not],’ Trump said.

‘The way I closed out the last three or four games, I played some of my best stuff. I was pretty consistent the whole way through, played a good game against Jack, he beat me, and Kyren played well to beat me [in the league phase].

‘In the end I had to dig deep against Kyren in the semi-finals. I made a really good comeback and played really well against Mark in the final.’

Trump now heads to the Welsh Open which starts on Monday, looking for his fifth ranking title of the season and his first title in that event, so he is in fine form and well motivated for more success.

The tournament will be the first of the season not held in Milton Keynes as the event heads to Celtic Manor in Newport.

‘It’s exciting, a different place. This has been the home of snooker for the past season,’ he said. ‘I think everyone is excited to go and play in Wales again and try a new arena.

‘It will probably feel a bit more like a tournament because we’re so used to playing here now.

‘Hopefully get some of the nerves back. I’m just excited really to get out of Milton Keynes and see what this tournament’s all about.

‘The Welsh Open is one I haven’t won so I’m trying to get that one on the CV.’

The Championship League continues with Group 5 on Wednesday and Thursday when Ronnie O’Sullivan, Ali Carter and Joe Perry join the fray with Selby, Wilson, Mark Williams and Barry Hawkins.


MORE : Ryan Day thought career was in the balance before dramatic Snooker Shoot Out win