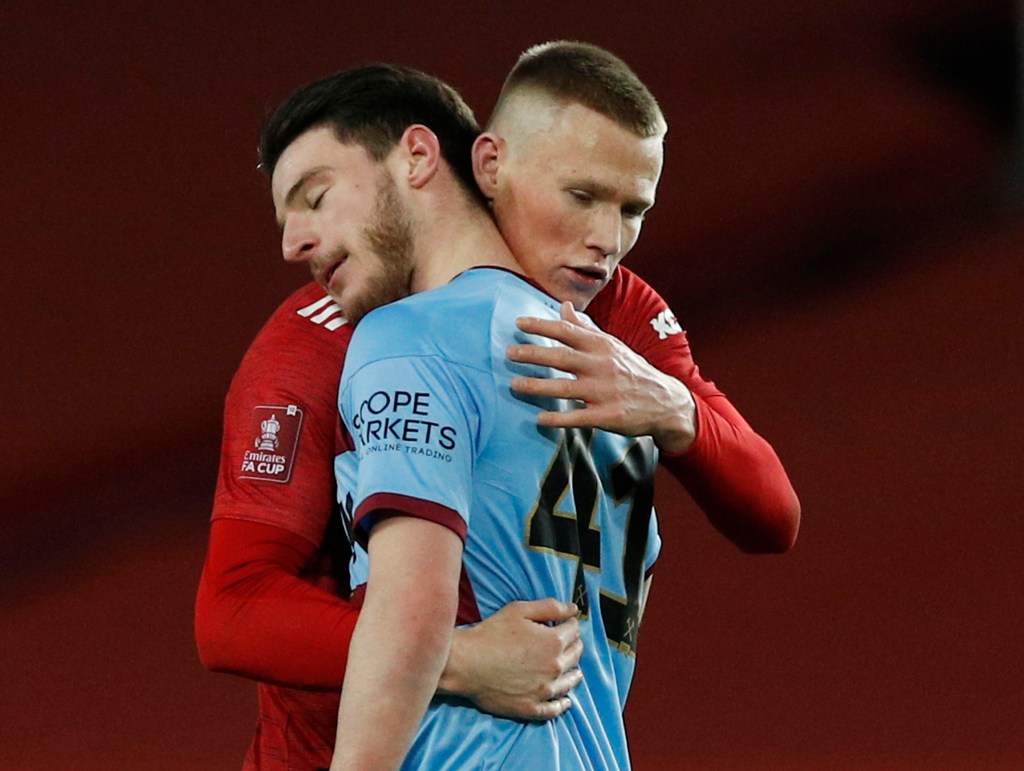 Declan Rice has apologised to West Ham supporters after his mistake in the 1-0 FA Cup defeat to Manchester United on Tuesday evening.

A dull contest at Old Trafford ended goalless after 90 minutes before Scott McTominay’s strike in the first half of extra time sealed the win for Ole Gunnar Solskjaer’s side.

Rice’s poor touch sparked United’s counter attack which led to McTominay’s goal, and the England midfielder has issued an apology to fans for his part in West Ham’s FA Cup exit.

‘Absolutely devastated. Really wanted to progress in this competition,’ Rice wrote on Twitter.

‘Apologies for the goal, needed to be better.

‘Proud of the lads tonight, massive effort. Focus back on the league now! We go again.’

Meanwhile, David Moyes praised his West ham players for their performance at Old Trafford and believed his side deserved the chance of a penalty shootout.

‘That was really hard to take because the players played brilliantly well,’ Moyes told BBC Sport.

‘We lost a few players during the game and that was difficult. I don’t think we deserved to lose the game. We warranted the chance to go to penalty kicks.

‘One of our centre-backs was on the bench and felt his calf in the warm-up. Before we knew it we had a few players out. We didn’t play well in the first half – we know that. But we were playing a really good team in terrific form.

‘In extra-time we had one or two opportunities. I’m not going to look back on the goal conceded, I’ll look at how we played well.

‘The level these teams are at, United have got a really good team.’