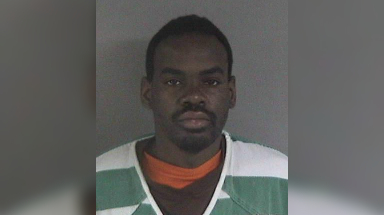 OAKLAND, Calif. (KRON) – Today at a news conference that was originally intended to publicize a $30,000 award being offered in the case, Oakland’s brand new police chief was able to tell the media and Chinatown residents that the case is closed.

Police arrested the suspect tied to a string of Chinatown assaults, including one showing a 91-year-old man pushed to the ground in a now-viral video.

Chief Armstrong also says he is beefing up resources in the city ahead of the Lunar New Year next weekend.

“Today we’re sending a message to those who commit crimes in the city that we will pursue you, and we will arrest you. It is not acceptable for things like this to happen in our community.”

On Monday, police identified Yahya Muslim as the suspect of the three attacks and arrested him. He is currently in custody at the Santa Rita Jail.

KRON4 received the shocking video showing a man in black hoodie shoving the elderly man to the ground.

The attacks happened near 8th and Harrison streets on Jan. 31, according to court documents released Monday.

The 91-year-old suffered lacerations, abrasions, and a contusion to his thumb.

The second and third attack involved a couple who also suffered injuries.

Muslim was placed on a psychiatric hold the day after the attacks.

The disturbing number of increasingly violent crime has hit the community’s most vulnerable population including women and seniors, according to police.

An investigator from the DA’s office is looking into the case, so it’s possible hate crime charges could come at a later date if warranted.