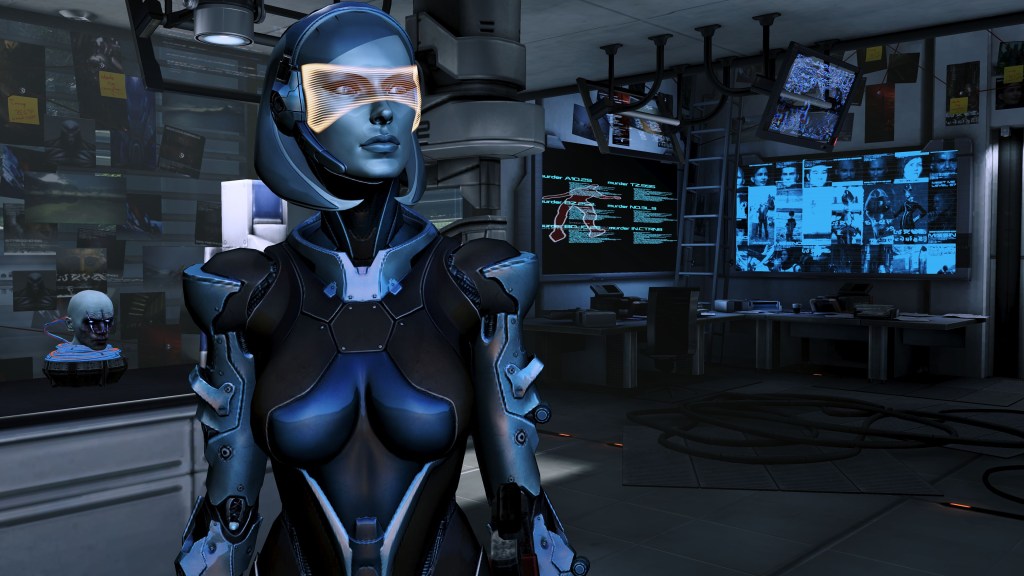 A reader is glad BioWare is making changes to how female characters are portrayed in Mass Effect and hopes for further change in the future.

Like every Mass Effect fan, I was very excited to hear about the long-awaited remasters of the whole trilogy. I was especially excited because BioWare has gone to a lot more effort than just increasing the resolution and there seem to be a lot of changes to character models, lighting, and improving the action of the first game to be more like the second two.

All of that sounds great and while I’d like to see some new content, or something done about the ending of Mass Effect 3, I appreciate that’s far too much work for what a remaster is. What I am glad to see though is that they’ve acknowledged that the original games could be pretty gross when it came to how they portrayed women.

I’ve only seen this mentioned in an interview GC did with the developers, where they imply that the Asari and EDI are pretty sexist in the way they were designed. The Asari are basically a race of uniformly beautiful space Amazons and while that’s not necessarily a problem in theory (although try and imagine if it was men instead) Mass Effect just uses them a lot of the time as male eye candy.

EDI is much worse though and she’s always been terrible, to the point where she put me off Mass Effect 3 more than all the complaints about the ending. For those that haven’t played she’s basically the ship’s AI who gets put into a sexy robot body, complete with robot boobs and a bob haircut. Her storyline is an embarrassing rehash of the old ‘teach me about this thing you humans call love’ storyline from old sci-fi stories.

Everything about EDI feels like it’s something from the 1950s and I have no idea what BioWare were thinking when they introduced her. Except of course I do know: the designers were mostly men and they thought it would be cool. Which explains just about everything about game design, at least up until very recently.

Before people start complaining I’m not suggesting the games should be banned or BioWare should be cancelled. I’ll be first in line to buy the remasters and there are still some Asari characters I like. However, I am glad that BioWare have recognised how problematic these characters are and have made steps to address them.

They can’t make any major changes to them because this is only a remaster but according to what they said in the interview they will be changing things like the gratuitous butt shots of characters like Miranda and having better animation for female Shepard, so she’s not just the same character as the male version with a different skin.

Mass Effect is strange in that it’s very progressive in some ways, with still some of the only male homosexual relations in gaming (which is awful considering the games are over a decade old at this point) and the way the romances were handled was generally very open and touching, and apparently would’ve been even more so if there hadn’t been all that controversy with Fox News and ‘Sex Effect’.

Game developers are generally much more diverse nowadays and much better at giving prominent roles to women, both in terms of making the games and the characters in them. That does create problems when you bring back an old franchise though and you see how different things were just 10 years ago, in a game that was otherwise doing things very well.

There’s a long way to go but I’m glad BioWare have recognised the problems and made changes without anyone else forcing them to. It makes me want to get the remasters even more and be even more hyped about the eventual new game.