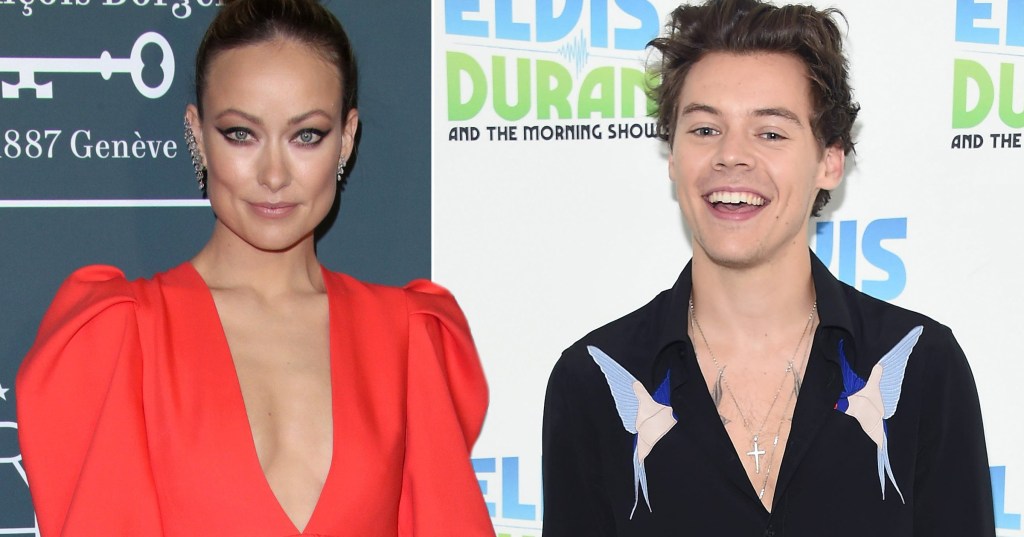 Harry Styles and Olivia Wilde sent fans into a spin when they sparked romance rumours at the beginning of this year.

It was claimed that the Watermelon Sugar singer and Booksmart director became close while working together on Don’t Worry Darling.

An insider has now stated the lovebirds seem ‘very serious’ together – after they were spotted together at a wedding.

A source told People they ‘spend all their time together’ as they continue work on the upcoming flick.

‘She is also very happy with Harry,’ they said.

‘Olivia and Harry continue to film in L.A. Filming has been tricky because of Covid. They have shut down the set several times for testing and breaks.

‘Olivia is amazing to work with though. She stays calm and very focused despite all the breaks.’

Olivia and Harry were first linked when they were photographed holding hands at the wedding of a mutual pal in January.

It was also rumoured that James Corden had helped to keep the budding romance under wraps – letting the One Direction musician stay at his Palm Springs home.

A source claimed to Page Six: ‘This relationship between Harry and Olivia is very new.

‘Olivia has been directing Harry in the movie in Palm Springs, and there were literally 10 people on the set, because they were strictly adhering to COVID rules.

‘Harry had been staying at James Corden’s house near Palm Springs during filming, and so they were able to be alone and keep their relationship very secret.

‘So everyone was really surprised — and rather delighted — when Harry brought Olivia as his date to the wedding, and introduced her as his girlfriend.’

Neither has commented publicly on the romance rumours, which come following Olivia’s split from Jason Sudeikis.

The former couple were together for eight years, and share two children together.

Metro.co.uk has contacted reps for Olivia and Harry for a comment.


MORE : Love Island 2021 ‘could be filmed in Cornwall or Devon if Covid restrictions prevent return to Spain’