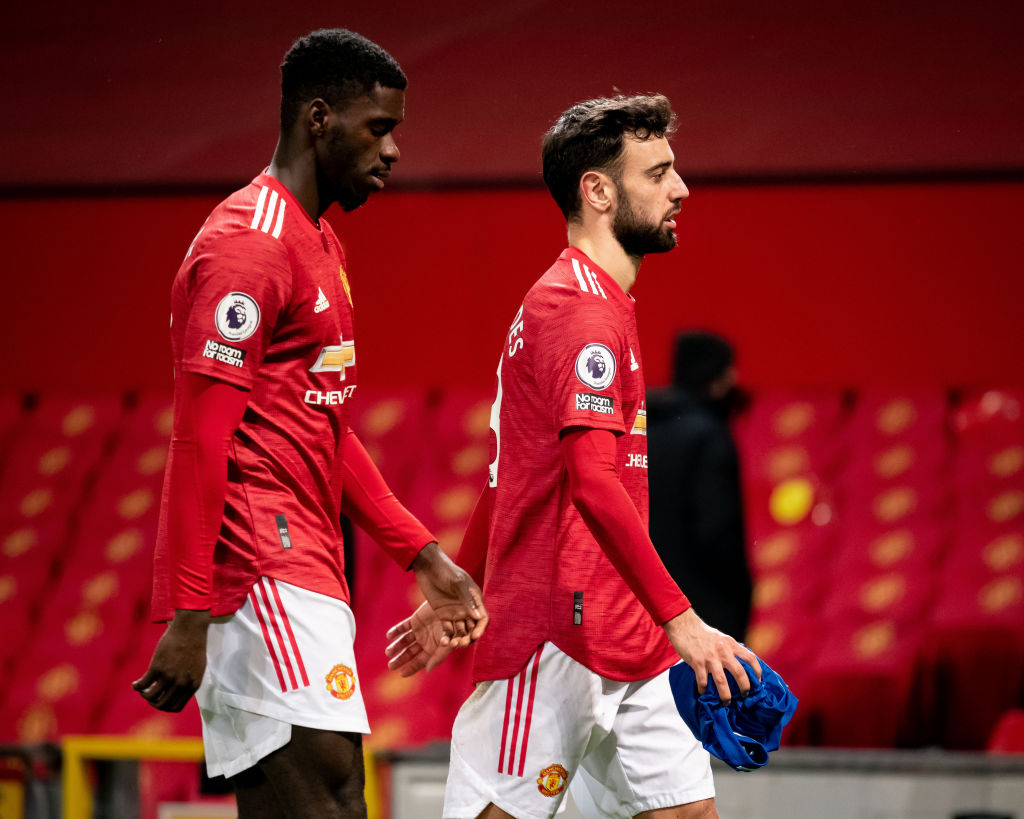 An irate Bruno Fernandes said Manchester United had to stop conceding easy goals and quickly learn from their mistakes after the side’s dramatic 3-3 draw with Everton in the Premier League.

The Red Devils, buoyed by their record-equalling 9-0 win over Southampton, were cruising as Fernandes doubled their lead over Carlo Ancelotti’s men with a sublime long-range strike after Edinson Cavani’s earlier header.

But the game turned on its head as Abdoulaye Doucoure and James Rodriguez netted for Everton in the space of three minutes shortly after the break which set up a thrilling finish at Old Trafford.

And while Scott McTominay looked to have snatched victory with a 70th-minute header, Dominic Calvert-Lewin had the final say after a late Everton free-kick.

The England striker was in the right place at the right time and managed to squeeze the ball past an out-of-sorts David de Gea to rescue a valuable point for the Toffees.

‘Because after being 2-0 up at half-time, coming into second half in the way we did, it’s really bad.

‘Too many bad results at home and this can’t be possible.’

The Portugal international said there were no excuses for the way in which United managed to throw away their advantage.

‘It doesn’t matter how. You concede two goals and you come again and you score again.

‘It’s impossible to concede another goal again, from a free-kick in the half of the pitch, we concede a goal from there and the way we concede.’

Asked how United can stop the flow of goals they’re conceding, Fernandes replied: ‘With performance.

On whether United already felt the game was won, Fernandes responded: ‘Maybe this was the problem, I don’t know.

‘I don’t feel that, I don’t know what my team-mates feel but we can’t feel that until the game is over.

‘And as you see we concede the goal in the last seconds of the game.’

The result leaves United two points behind league leaders Manchester City, who have a game in hand on their rivals.

Solskjaer’s men have won just one of their last four matches in the English top flight and will be desperate to respond with victory at home to West Ham on Tuesday night.