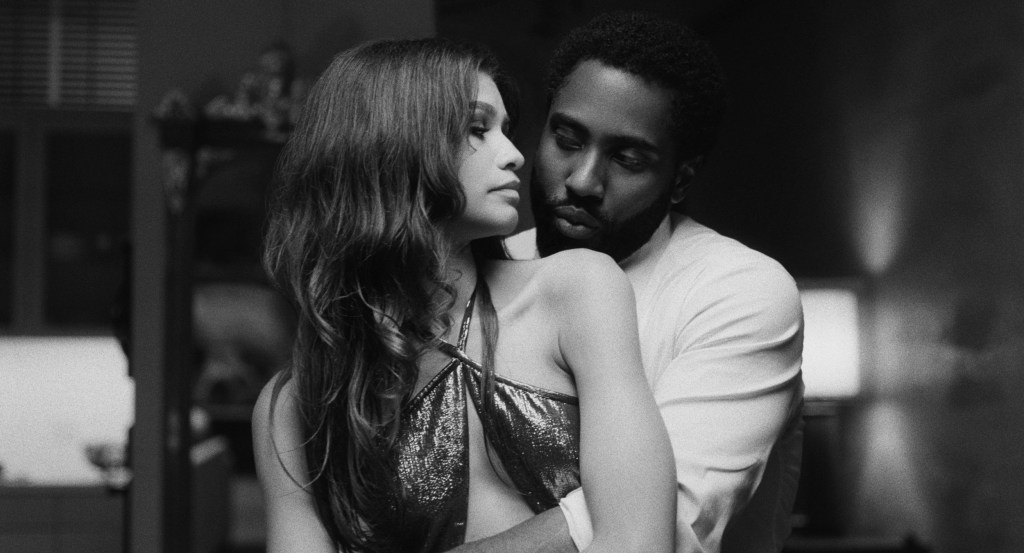 Malcolm and Marie has officially dropped on Netflix, with Zendaya sharing a sweet message to celebrate the cast and crew who have worked through the pandemic to make it happen.

The Netflix drama, which Metro.co.uk has given four and a half stars, sees a relationship between up-and-coming filmmaker Malcolm (John David Washington) and his girlfriend Marie (Zendaya) play out as they return home from a movie premiere.

Peeling back each painful layer of their issues with scathing barbs and brutally honest monologues, director Sam Levinson somehow manages to make a fight that is so far removed from the world of most viewers and make it completely relatable.

This is a creator who knows the power of words and how to create characters that have conversations so painfully open that you almost feel like you’re invading their privacy as we watch it all go down.

The dialogue is scathing, funny, and sometimes oh-so-sweet as we witness this pair battle it out in the ring that is their stunning mansion. Sharp tonal turns see the conversations constantly bounce between rage, pain, and deep-rooted affection.

Is there a trailer for Netflix’s Malcolm and Marie?

The trailer for the drama was released in January, and gives an intimate look into Malcolm and Marie’s relationship.

It shows the highs, as they declare their love for each other, but also hints at trouble beneath the surface.

At one point, Zendaya’s character says: ‘I feel like once you know someone is there for you and once you know they love you, you never actually think of them again. It’s not until you’re about to lose someone that you finally pay attention.’

That’s before the pair get embroiled in a blazing row, as the more gritty parts of the relationship are shown.

What is the plot of Netflix’s Malcolm and Marie?

The synopsis for the movie simply reads: ‘A director and his girlfriend’s relationship is tested after they return home from his movie premiere and await critics’ responses.’

Zendaya and John David show the ups and downs of the pair’s romance as revelations about their own relationship and past ones come to light.

Who is in the cast of Netflix’s Malcolm and Marie?

It’s just Zendaya and John David that make up the cast of the Netflix drama.

Zendaya has previously stunned in films including The Greatest Showman and Spider-Man, but this is the first time she’s produced and co-financed a movie.

The 24-year-old shared a sweet statement ahead of the release, admitting she was ‘full of nervousness.’

She said: ‘Full of excitement and nervousness as this lil movie we made in lockdown with people I love is coming out in the next hour.

‘Nervousness for a few reasons. Normally I’m pretty self-critical and that leads me to be far too fearful to make things myself or trust myself enough to… even try.

Malcolm and Marie on Netflix: Review, trailer, plot, and cast

Firefly Lane: Questions we have for season 2 after finale cliffhanger

Speaking about his co-star, John David, 36, previously told USA Today that, despite their 12-year age gap, ‘she is more experienced, more mature in this industry than I am.

‘She’s teaching me stuff. I’m the novice here. I’m the rookie. I had to shut up and listen because she knows what she’s talking about. She really is my senior.’

Malcolm and Marie is available to stream on Netflix now.