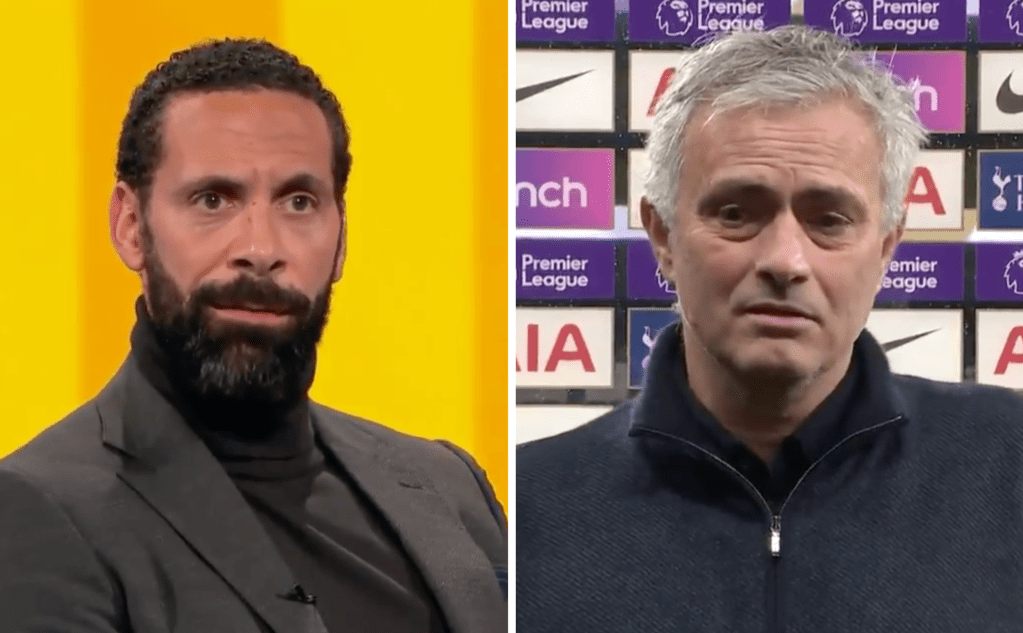 Jorginho’s spot-kick in the first half was enough to condemn a Spurs to a third consecutive defeat in the Premier League, which has seen them drop down to eighth place in the table.

Chelsea were dominant in the first period and got their breakthrough from the penalty spot after Eric Dier brought down Timo Werner in the box.

Spurs offered extremely little in attack without their injured talisman Harry Kane and though they improved slightly after half-time, their one major chance was spurned by Carlos Vinicius as he headed wide in the closing stages.

In his post-match interview with BT Sport, Mourinho chose to focus on Chelsea’s penalty decision rather than finding fault with his own side’s performance, although he did choose to criticise striker Vinicius’ ‘understanding of how to press’.

After watching Mourinho’s interview, Ferdinand lambasted his ‘excuses’ and took aim at Spurs’ lack of direction.

‘I just hope that his conversation and the way he talks to the team is very different to what I just saw there,’ the Manchester United legend told BT Sport.

‘Because that was an excuses-filled interview more than anything. I understand the manager coming out and dressing down your players in public may not be the way to do it in today’s game but you really do hope those players are getting the message that’s very different to that.

‘I just see people playing off the cuff, hoping to get it to Ndombele at the moment who is going to do something to get Son in, if that happens.

‘They had one shot all game and that was in the 89th minute.’


MORE : Mason Mount reveals what he said to Thomas Tuchel at half-time in Chelsea’s win over Tottenham