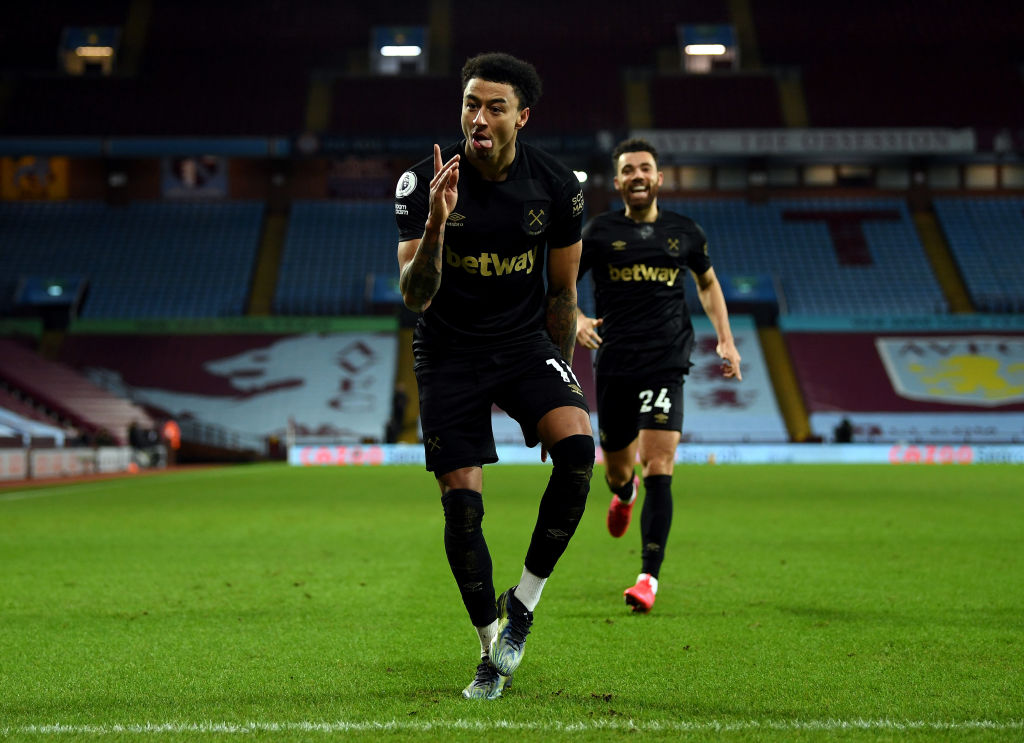 Jesse Lingard enjoyed a dream debut for West Ham as the Manchester United loanee scored a brace for his new side in their 3-1 win over Aston Villa on Wednesday.

The midfielder made the switch from United to West Ham in January for the remainder of the season in order to get back to playing regular first-team football.

Lingard came through United’s academy and has made 210 appearances for the club, but found game time hard to come by under Ole Gunnar Solskjaer this term.

Upon making his first Premier League start in 13 months, the 28-year-old netted a brace as the Hammers eased to victory away at Villa.

Tomas Soucek opened the scoring for David Moyes’ side early on in the second half before Lingard’s magic moment came as his left-footed drive crept under Emiliano Martinez’s grasp.

Ollie Watkins got a goal back for Villa, but Lingard was on target again as Martinez failed to handle the power of the midfielder’s strike.

Speaking to BT Sport after the game, Lingard revealed his delight at being back amongst the action.

‘Three points is the most important thing, the team worked hard as a collective and we think about the next one against Fulham,’ Lingard told BT Sport.

‘The team have been great with me, I have settled in fairly quickly and some familiar faces help.

‘In training we have that connection and built it up fairly quickly. On matchday it is fairly easy to play with Michail Antonio and Declan Rice.

‘I started tonight, scored two goals and got three points. I was smiling before the game and during, I just enjoy playing football.

‘It has been a long time, I have come here to get game time and scored two goals but like I said, three points is the most important.’