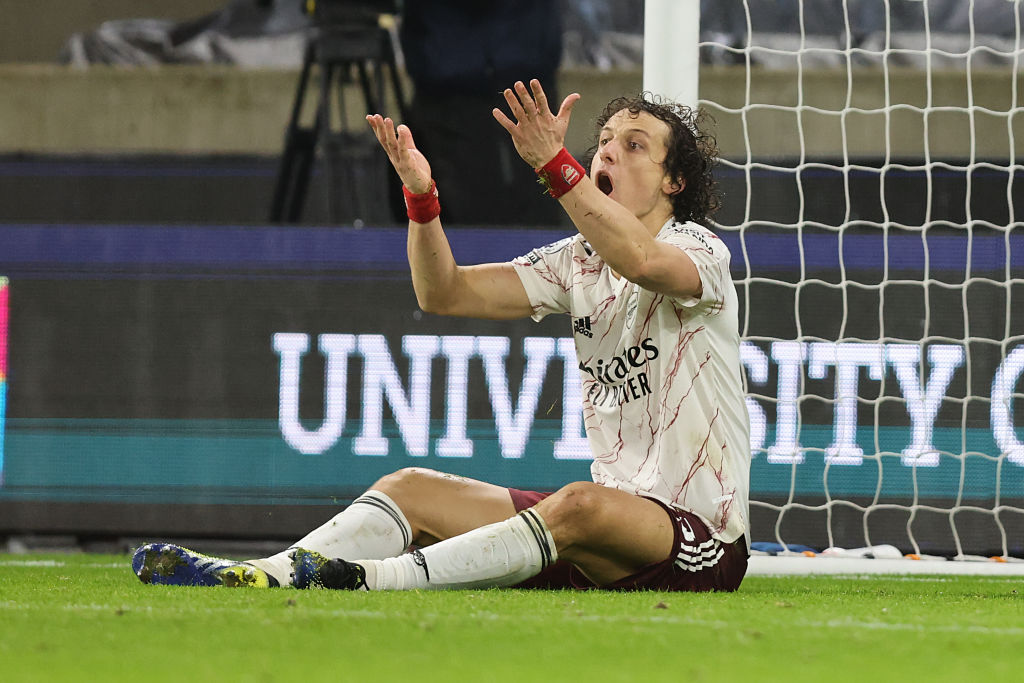 The Gunners had gone 1-0 up through Nicolas Pepe, but on the stroke of half-time, Luiz was given his marching orders as he was adjudged to have tripped Willian Jose in the box.

The contact was minimal and appeared unintentional from Luiz, however, referee Craig Pawson pointed to the spot and sent him off.

Ruben Neves scored the resulting penalty before Joao Moutinho won the game for Wolves at Molineux with a stunning strike from range.

Not long later, Arsenal’s troubles worsened as Bernd Leno was also dismissed for a bizarre clearance with his hands outside of the box.

A similar situation to the Luiz incident arose in United’s 9-0 trouncing of Southampton on the same evening, which was also full of red card drama.

Saints teenager Alexandre Jankewitz was sent off for a horror challenge on Scott McTominay inside just two minutes and Jan Bednarek also saw red for another contentious incident late on in the game at Old Trafford.

With United cruising at 6-0 up, Anthony Martial went down in the box under pressure from Bednarek, although the Poland international did everything he could to try and get out of his opponent’s way.

Referee Mike Dean immediately awarded a penalty, but then upon advice from VAR, went over to check his pitch-side monitor and also brandished a red card.

Like Luiz, Bednarek was deemed to have denied a goalscoring opportunity with no attempt to win the ball, however, Solskjaer feels neither challenges warranted penalties.

‘Funnily enough, I had a discussion with the referees before the game,’ Solskjaer said.

‘I asked them what they thought about the David Luiz sending off because I don’t think he should’ve been sent off either, and Bednarek definitely shouldn’t have been sent off.

‘The law needs to be looked at. But the letter of the law is if you foul someone, deny a goalscoring opportunity and you don’t attempt the ball, you’re going to be shown a red card.

‘There was contact there but it shouldn’t have been a sending off. I think everyone in football agrees on this.’


MORE : Arsenal have received three times more Premier League red cards than any other team since Mikel Arteta took over