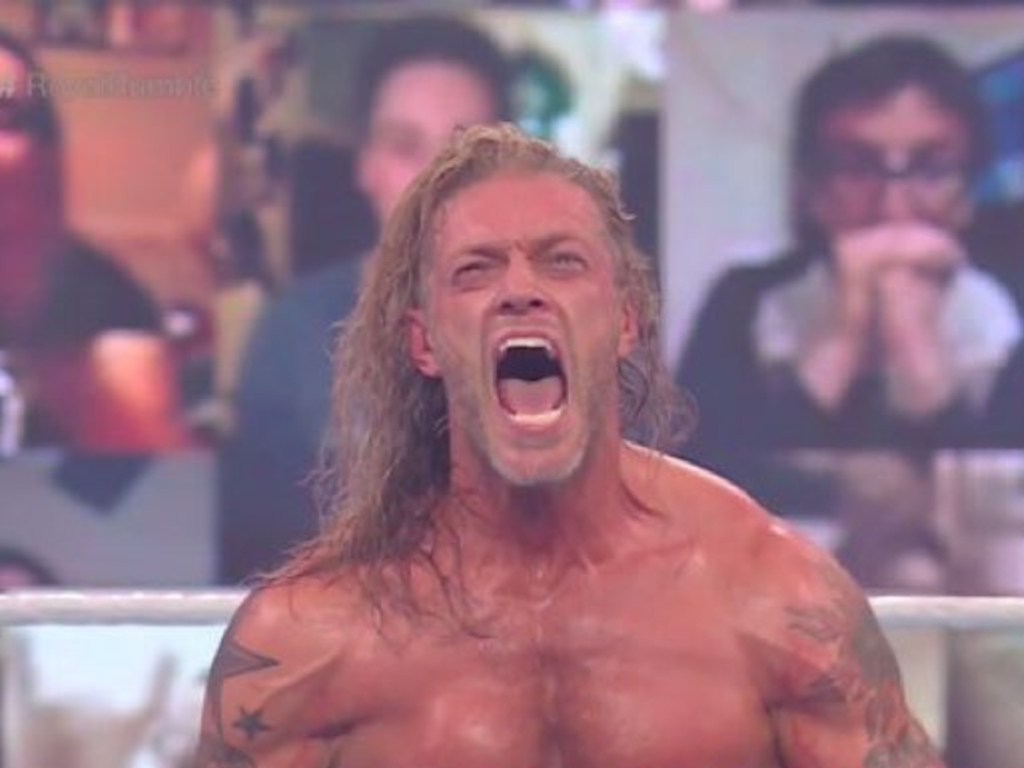 One year after returning to WWE, Edge continued his amazing road to redemption by winning the Royal Rumble.

The Rated R Superstar entered at number one and outlasting 30 other men to win the flagship bout and book his ticket for the main event of WrestleMania 37.

An E&C reunion with Christian was an emotional highlight of the bout, with Edge winning despite the best efforts of Randy Orton, who was taken out early with a knee injury but slipped back in after his former Rated RKO teammate thought he’d won.

Thankfully, the last-minute scare was a false alarm, and he was able to stand tall and point at the Mania sign.

The Rumble as a whole was brilliant, with some great moments including Carlito’s surprise return as he looked absolutely ripped before eventually getting thrown out by Elias, and AJ Styles’ associate Omos got involved to keep the Phenomenal One in the game for a while.

Damien Priest represented NXT, and even eliminated a returning Kane – who has a wonderful Team Hell No reunion with Daniel Bryan – from the match in a career-building moment.

Even Bad Bunny make an impression, getting involved with a high top rope dive onto Miz and John Morrison on the outside.

The Hurricane also made a comeback and hilariously recreated his famous chokeslam moment, this time on Big E and Bobby Lashley, who unceremoniously tossed him from the ring.

Seth Rollins also made a welcome return at number 29 and looked to be motivated and in great shape, while Braun Strowman rounded off the field at number 30.

Now, Edge’s win throws up some interesting scenarios regarding Drew McIntyre’s continued WWE Championship reign and where the company wants to go with its WrestleMania 37 main event.

Drew McIntyre retained over Goldberg in the opening match with a few scary moments for fans wanting to see the WWE Champion continue his run with the gold.

The Scotsman looked like a star by surviving multiple Spears from the Hall of Famer – including one before the match even started – before putting him down with a Claymore.

Up next, it was a totally different kind of match as Sasha Banks successfully defended her title against Carmella with their great chemistry on display.

There was a very scary moment as the latter overshot on a dive to the outside, but thankfully she was OK to continue – while another bonus was the sommelier Reginald shining from the sidelines.

Backstage, The New Day reunited with Big E, Xavier Woods and Kofi Kingston – still out with injury – made fun of Sami Zayn while wearing gear paying tribute to Brodie Lee in a very nice touch.

The women’s Royal Rumble was up next, with Bianca Belair winning the whole thing after entering at number three and throwing out Rhea Ripley to win after they both eliminated Charlotte Flair.

There were some great moments throughout the match, including Naomi making her return and Billie Kay having a great run which started with her on commentary before trying to hand a resume to every subsequent entrance.

From NXT, we saw Shotzi Blackheart an Toni Storm as the standout entrants, while Jillian Hall, Torrie Wilson and Victoria were great names from the past making surprising appearances.

The only downside to the match was some nonsense in the middle with Alicia Fox, R-Truth and the 24/7 goons which was totally unnecessary – but at least Lana eliminated Nia Jax!

Roman Reigns and Kevin Owens followed that with their Last Man Standing match for the Universal Title, and pretty much killed each other during a brutal instant classic.

WWE legend CM Punk returns to the ring: ‘Just like riding a bike’

From a drive by to a dive off the top of a forklift truck, the two went all out, even spilling beyond the ThunderDome into Tropicana Field as the war reached an insane conclusion.

KO was kept strong with a valiant effort, and now the Tribal Chief can move on to his WrestleMania 37 challenger.