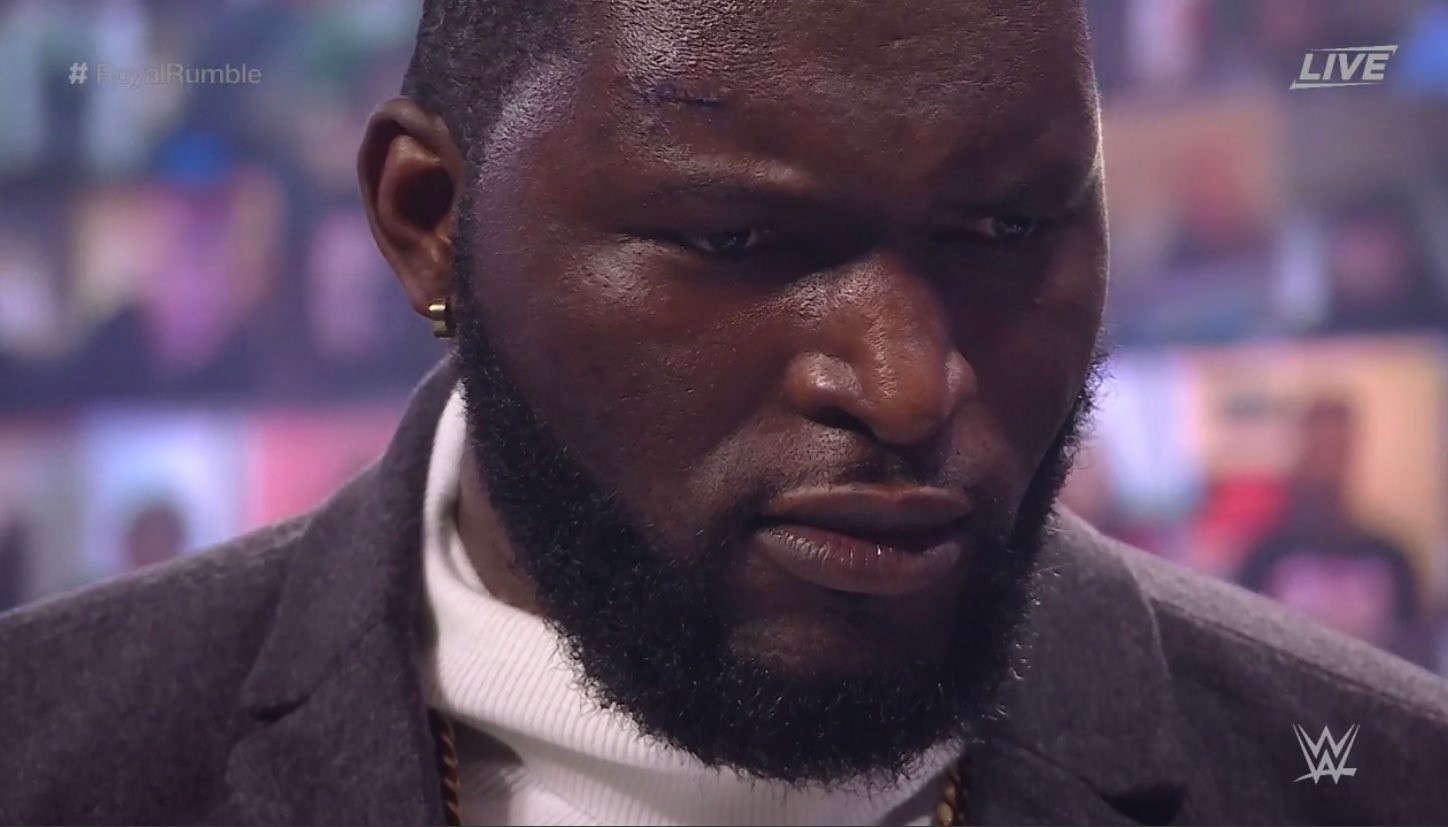 WWE giant Jordan Omogbehin (Omos) is being built to perfection after another star making night at the Royal Rumble.

AJ Styles’ hulking associate once again made his presence felt a month after getting involved in the TLC Match between AJ Styles and Drew McIntyre, as he stopped the Phenomenal One from being eliminated on a number of occasions.

There was also a fantastic tease of Omos and Braun Strowman coming to blows, which could be a great big man match if they carry on the build this well.

At the moment, they’re making all the right moves and he looks on track to be a real force on WWE television in 2021 and beyond.

WWE legend CM Punk returns to the ring: ‘Just like riding a bike’