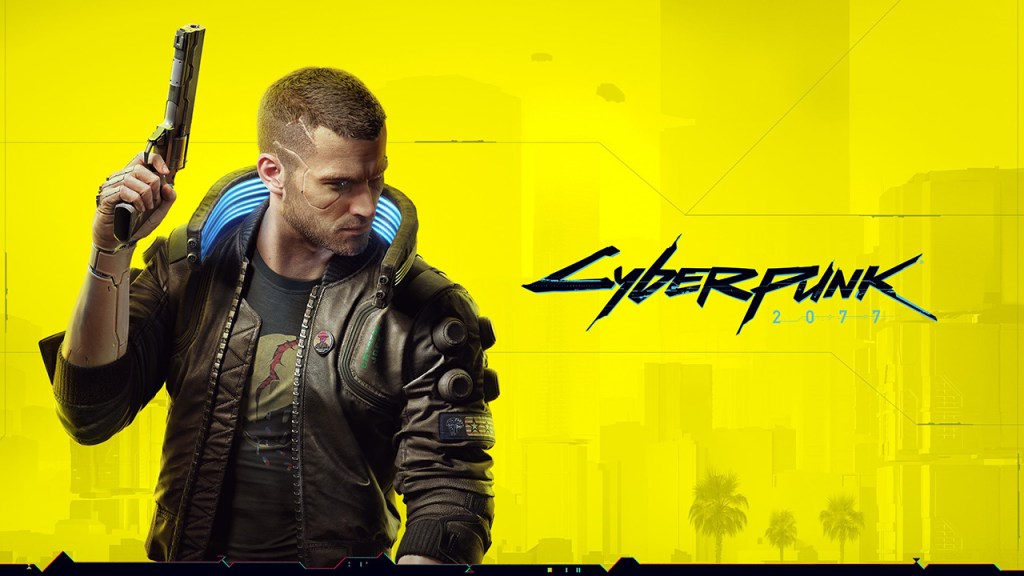 The Monday Inbox wonders what will be the next big budget Marvel video game, as one reader really doesn’t like Kentucky Route Zero.

Mid-table mediocrity
Not too surprised to see Cyberpunk 2077 occupying the middle of the table in the Readers’ Top 20 of 2020 at the weekend. No one would’ve predicted that just a few months ago, but it’s actually not too bad considering all the bad press it’s had.

Personally, I can’t say anything about its quality as I haven’t played it yet, as I decided the best thing to do was wait for the PlayStation 5 version when I found out about all the problems. Obviously, that’s now become a longer wait than I originally expected, in terms of getting hold of both the console and the delay of the dedicated next gen versions.

So I just wondered what readers could say about how the game is performing on a base PlayStation 4, which I do have. I’ve read about the recent patches and while they seem to help it still sounds like the games run pretty badly and I still think I’m right to wait. It’s just at this point I’ll be waiting another six months!
Lumpy

The Old Order
Like many others I’ve been getting through my backlog whilst in lockdown and have finally got round to playing/finishing Wolfenstein: The New Order, after buying it pre-owned years ago. At first I thought the gameplay felt dated, with it being from 2014, but after two chapters I was hooked!

The story is great, it’s got me interested in WWII for the first time since school and the learning curve of the game is excellent. I’ve now just bought the other three Wolfenstein games for the PlayStation 4, so my backlog isn’t going anywhere!
Lizardpudlian
PS: Any news on Wolfenstein 3, GC? Not much online since 2018 but Bethesda were certain the trilogy would be brought to a conclusion.

GC: There’s been nothing. MachineGames are working on the new Indiana Jones game now, so that probably means it’s not going to be out for a long while yet – if at all.

Avenging the Avengers
Glad to see that Crystal Dynamics have already started on a new Tomb Raider game. After the disaster that Avengers has turned into I was worried for them, as developers have been shut down for far less in the past.

It makes me wonder what the future for other Marvel games is though. This was the first one not by Sony and it’s gone down like a lead balloon, even though the game itself – if it had been just single-player – was actually pretty good. So I guess that means the first prediction will be that no more stupid games as a service games.

Another problem for the Avengers game though was that it didn’t have its own look and feel. The Spider-Man games are pretty different from the movies, so they don’t look like they’re trying to copy them. Avengers did though and if there’s going to be anymore like it then it has to have its own identity. That’s why Ms. Marvel worked so well, because she was unique and couldn’t be compared to the films.

I imagine Square Enix will want to dump the Avengers as soon as possible, even if Disney doesn’t want to cut ties first, but who else will get more licences? Will Microsoft try to get in on the action or will Sony cut them out and try to make everything Marvel a PlayStation exclusive?
Wamde

Almost zero
One person’s art is another person’s drivel. I have to say I think 70% of Kentucky Route Zero falls under the latter. The first two acts in particular feel really laborious, with what feels like endless reams of tedious text which don’t add up to much at all. Luckily, from Act 3 onwards the game picks up a little bit with a few magical moments that lift the whole experience and the art design throughout is nice.

The idea of participating in creating the details/backstories of the characters through your chosen dialogue is interesting but I don’t think it really makes for a compelling game. Your choices being insignificant to the outcome of the story makes the whole thing feel even less interactive than it already is. In the end I barely cared which dialogue option I chose as the characters were going to carry on obliviously anyway.

Personally, I wouldn’t encourage this extremely static artistic approach to games. Gaming’s strength is its interactivity. I want to directly interact with a story through gameplay and truly step into the world. Games like Inside, Journey, and even What Remains Of Edith Finch? work so well because their gameplay feeds into the story nourishing it in a way that wouldn’t be possible in any other artform.
Ryan O’D

Money back
While I don’t condone scalpers or buying from them, if you are going to buy a PlayStation 5 or Xbox Series X/S from eBay use the free trial of completesavings.co.uk cash back site to get 10% cash back on any eBay purchases.

They are affiliated with hundreds of retailers, such as Argos and PC World, but do have a £15 monthly subscription which you get back if you make one online purchase a month via their site.

I buy online all the time so always get my £15 back, plus 10% on all my purchases. Just don’t forget to cancel the free trial if you don’t intend to keep using the site. I used it to get £40 back on my Oculus Quest and you get the money back usually in 30 days.
DW

First impressions
So, I had a go of the Balan Wonderworld demo the other day. And while I can’t say it was one of my most anticipated games of the year, I was still intrigued by it. It had good pedigree, it looked imaginative and the trailer invokes Nights Into Dreams. All good things.

Then you play the thing. Now, I’ll not go so far as Nintendo Life who have called it outright bad – it’ just simply boring and meh. I still like its aesthetic and upbeat vibe, but the controls are awful. I can’t remember playing a platformer, 2D or 3D, that handled this poorly. Your character feels so wooden, movement feels like you’re running through cold porridge. And the jumping, no matter your costume, is laughably bad. Plus, why is every face button jump? It means, that when you turn into the dragon whose main ability is a fireball you suddenly can’t jump! What have you been smoking, Yuji Naka?!

Now, later levels could impress, as the farm level was uninspired. Mafia Island back in A Hat In Time was also the weakest part of that game. But Hat In Time still made a much better first impression than this! So did Psychonauts. So did Sonic Adventure. 1 and 2! So did Sonic Heroes for goodness sake! In fact, the game will be doing very well if it ends up being better than Sonic Forces. Yeah, I went there!

Credit to them for putting out this demo but it’s probably going to hurt sales. There’s what? Just a couple of months before release? It’s looking a lot like turkey…
DMR

Boss choices
A heads up to anyone who missed it: Radio 3 featured boss music as a theme on their Sound of Gaming programme. They picked some excellent choices too (God Of War, Shadow Of The Colossus, The Legend of Zelda) and conducted an interview with Stuart Chatwood, the composer for Darkest Dungeon and Prince Of Persia. Well worth a listen on the BBC website.

Next Saturday’s episode is on music in platform games, with an interview with Celeste’s composer, Lena Raine.
Stolos

Games Inbox: Has Cyberpunk 2077 improved on a base PS4?

Stage five: acceptance
I’ve made my peace with the PlayStation 5 stock shortages and have accepted I will get one when I’m able to get one. I’ve been undecided to go for the digital or disc version. I think it will be the digital version because of game sharing with my nephew, so we can pick up on the gaming sessions we used to have when I had an Xbox like him.

I will give my nephew my PS4 Pro and hopefully get him a PlayStation 5 at Christmas. If I keep the Pro as my primary console as any account on it can play the games from my account without my account needing to be logged in on it. As my PlayStation 5 won’t be my primary console for my account, I will need to be logged in on my account to play but game sharing allows both of us to play the game simultaneously, like having two disc copies of the game. We will both need PS Plus to play online though.

I’ve got 372 PlayStation 4 games, two are on disc so the disc drive is already pretty much redundant to me. But still, I have a reluctance to part with the drive as it means all your purchases are through the digital store. But the PSN store is very good for sales and I will be making all my purchases digital for game sharing so the drive will not be used at all. I’m not a movie or TV buff, so happy to consume that content digitally also.

For better or worse, only time will tell I guess, I will be 100% digital. But as Cyberpunk 2077 has sold 10 million digital copies already I guess digital has probably already tipped over to being the majority share of game sales.
Simundo

Inbox also-rans
Did your Cyber Shadow review copy not come in yet?
Mexx 42

GC: It did not, no. We’ll see if we can just buy ourselves a copy, but it may have missed its chance now.

I really hope Japan gets its coronavirus vaccines sorted out soon. Nintendo need to get back in the office or they’ll never get anything done!
Gofer

This week’s Hot Topic
The subject for this weekend’s Inbox was suggested by reader Gannet, who asks what is your favourite video game genre and how do you hope it will evolve in the new generation?

What do you traditionally consider to be your favourite genre and why? Which games do you think are the best examples and how do they compare to other famous entries in the genre?

How did your favourite genre fare in the previous generation and does it seem to be getting more or less popular at the moment? What do you hope for in the new generation and have any games in the genre been announced or released yet?